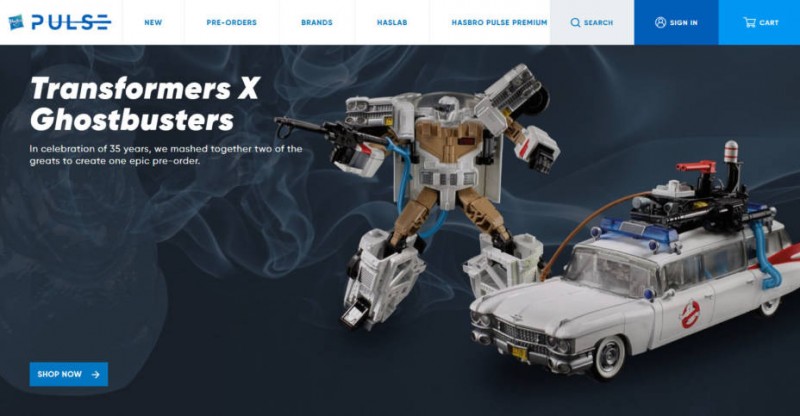 The Ghostbusters and Transformers have a lot in common. Both are frequently looked on by skeptical government employees. Both battle unambiguously villainous names like Decepticons or Vigo. Both also often get to where they need to be on wheels, which is exemplified with a new toy from Hasbro.

Discovered by website ToyArk, the Transforms x Ghostbusters crossover is called the Ecto-1 figure. It's not available yet and was leaked during a store redesign for Hasbro's Pulse store.

The page isn't up yet but you can count on ToyArk's site to post when it's finally available.