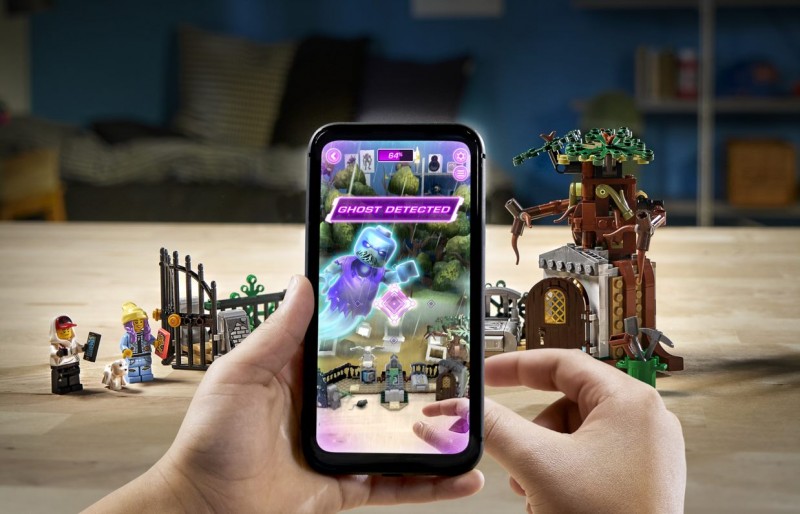 Lego has announced an AR app for their playsets that allows players to hunt for ghosts. Well, not real ghosts, Lego ghosts, which I assume are built as ghosts and aren't Lego men who died.

The app works in conjunction with several "haunted" Lego sets and lets players scan over the set with their phones camera to find the ghosts hidden in their Lego sets. You do more than just find and exorcise ghosts, you can work through puzzles and solve mysteries.

Presumably there's no ill effects to not catching all the ghosts, but if the walls start bleeding or books start flying off the shelves, you might want to take another pass at it.

"Lego Hidden Side building sets deliver everything kids love and expect from a Lego building experience – the challenge of the build, a detailed model with functionality, and minifigure characters set in a story-driven universe," Lego wrote in a release. "Each model can be built as it appears by day – a school house, bus, or graveyard, for example – and has transforming functionality to become the haunted version of itself."