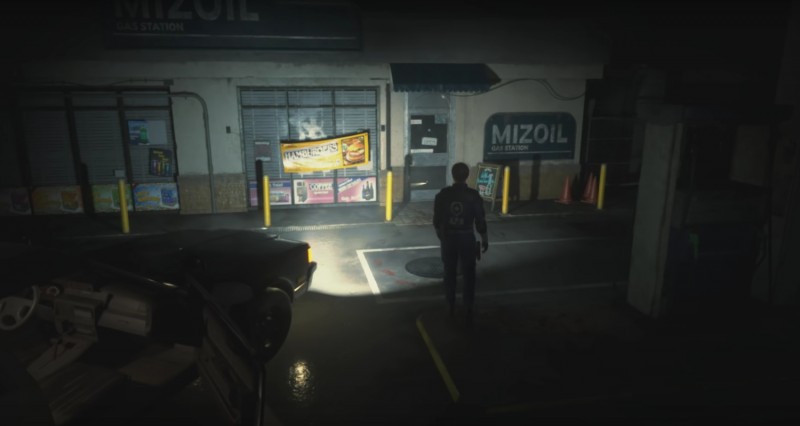 The Resident Evil 2 remake has been getting rave reviews, by bringing a modern makeover to the beloved horror title and a new over-the-shoulder camera perspective, ditching the old fixed camera.

But what would the remake look like if it did still have that fixed camera? Modder Enveloping Sounds was curious to test this out, so they made a series of videos to test this concept. These are by no means a full-fledged mod, and Enveloping Sounds has mentioned that making this possible for the whole game could prove difficult.

"The near pitch black lighting in certain areas of the police station was designed with the over-the-shoulder view and flashlight in mind," Enveloping Sounds write under one of their videos. "Much of the environmental detail simply isn't visible [with fixed cameras], so you'd have to add tons of light sources around all the blacked-out areas for the fixed angle to be both aesthetically pleasing and practical."

He adds that the aiming system could also be problematic with a fixed camera, and that it would need to be reverted to a simpler system.

Still, even if this was just a test, the results are impressive. The videos give a wider view of Resident Evil 2's environments, and the fixed camera also works great for adding tension, since you often can't see what's to come ahead of you (i.e. when you go up a flight of stairs).

Check out the videos yourself below. You can see all five videos by heading to Enveloping Sounds' YouTube channel.

Read our review of the Resident Evil 2 remake by heading here. You can also read features editor Kim Wallace's opinion piece about why she connected with Claire on a deeper level this time around.