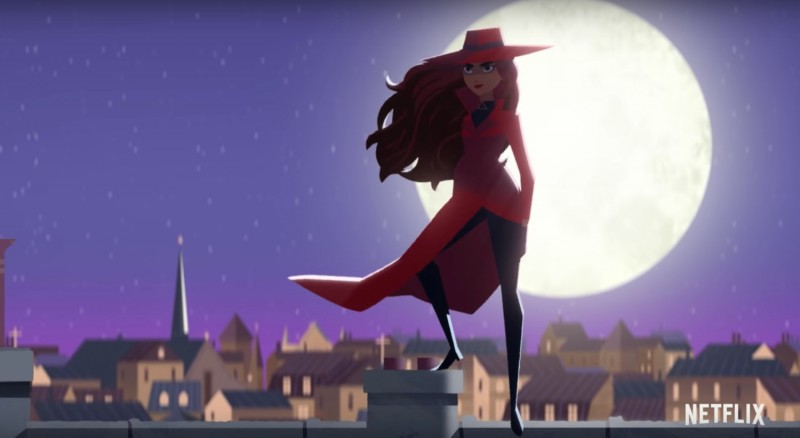 Carmen Sandiego has been known as a fictional villain ever since her first appearance in the educational video game series that began in the mid '80s. This time though, things are a little different.

Netflix's first trailer for the upcoming animated show Carmen Sandiego turns the iconic villain into an antihero, who only steals from other thieves. It looks pretty promising, too – take a look for yourself in the trailer below.

Voiced by Gina  Rodriguez, the famous thief Carmen has gone rogue from the villainous organization V.I.L.E. and instead brings a Robin Hood twist to her morals. Stranger Things' Finn Wolfhard is part of the cast too, as one of her accomplices who works in mission control.

Carmen Sandiego debuts on Netflix later this month, on January 18.