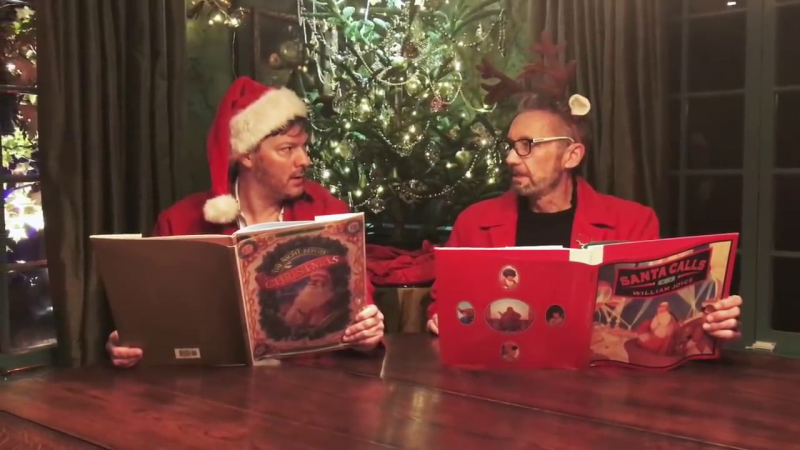 Cam Clarke, a prolific voice actor behind many great gaming and animation roles, has been big into reviving Liquid Snake recently. Using his YouTube channel, Clarke has been known to wrap in Solid Snake voice David Hayter into the videos with both actors playing their roles from Metal Gear Solid. Now Clarke has dropped a Christmas-themed video, reading from The Night Before Metal Gear.

The two read a Metal Gear Solid-themed Night Before Christmas while bickering in-character about their roles. Check out the fictional brothers but real-life friends acting it out below.

The audio quality isn't the best because this is just a thing two friends are doing for Metal Gear fans in a home setting and not an official release from Konami, so you might have to focus a bit to hear. It's worth it to watch, though, especially if you want to hear the Master Miller impression as Liquid Snake, which to me is the actual Kazuhira Miller.

Which two video game characters do you most want to read you a Christmas story?