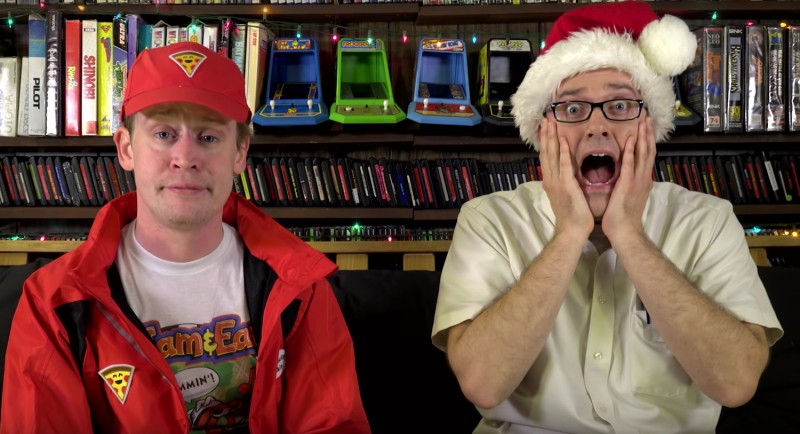 In a recent video from YouTube personality Angry Video Game Nerd (James Rolfe), he's joined by an unexpected guest star just in time for Christmas. Macaulay Culkin and Rolfe team up to do what the comedy series does best: poke fun of awful games (and at Culkin, too, in this case).

Culkin and Rolfe go through the library of game adaptations of films Home Alone and Home Alone 2. Culkin first assumes the identity of pizza boy, referencing the first Home Alone, in a silly skit. He later "reveals" his true identity, and the two pull no punches when it comes to furiously but hilariously dissing each game.

The video runs nearly 20 minutes long but it's worth a watch for a quick laugh during the holiday season.