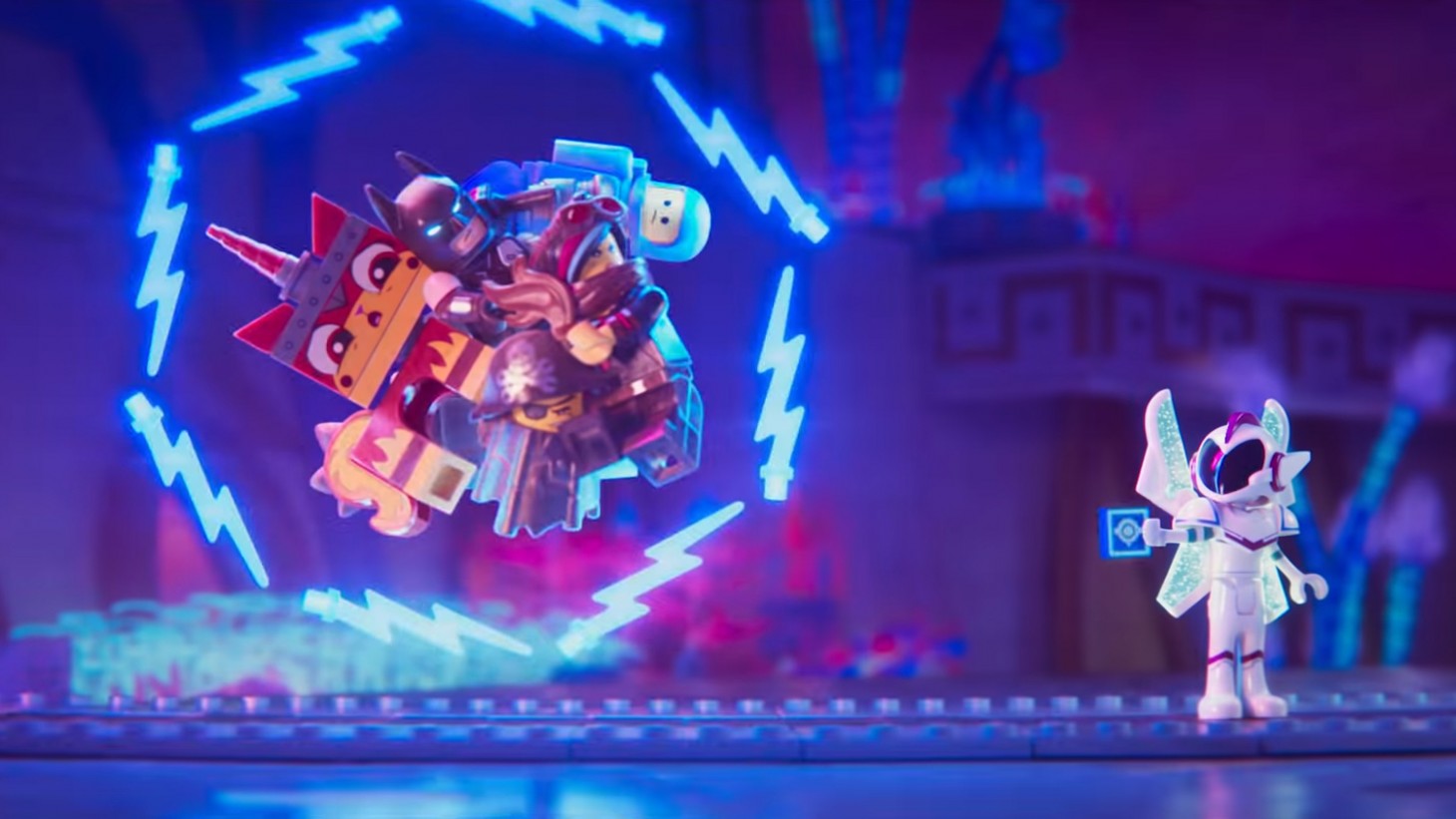 The Lego Movie Sequel Heads To Space In New Trailer

The Lego Movie 2: The Second Part is coming to theaters in February, but Warner Bros. Picture released a trailer today that gives us a glimpse of what to expect. The fasted-paced trailer proves that there are plenty of laughs to be had in a post-apocalyptic Lego world.

Chris Pratt, reprising his role as Emmet Brickowski, jets off to recover Lucy after she is kidnapped by aliens. In one of the best moments in the trailer, Emmet meets Rex Dangervest, a galaxy-defending archaeologist cowboy who trains raptors. Check out Chris Pratt as the hilarious amalgamation of all of his best roles, with some Indiana Jones and Master Chief thrown in for good measure, in the trailer below.

Alongside Chris Pratt as Emmet, Elizabeth Banks as Lucy (aka Wyldstyle), Will Arnett as LEGO Batman, Nick Offerman as Metal Beard, and Alison Brie as Unikitty are all coming back for the sequel. New characters Queen Watevra Wa-Nabi, Sweet Mayhem, and Ice Cream Cone will be played by Tiffany Haddish, Stephanie Beatriz, and Arturo Castro, respectively.