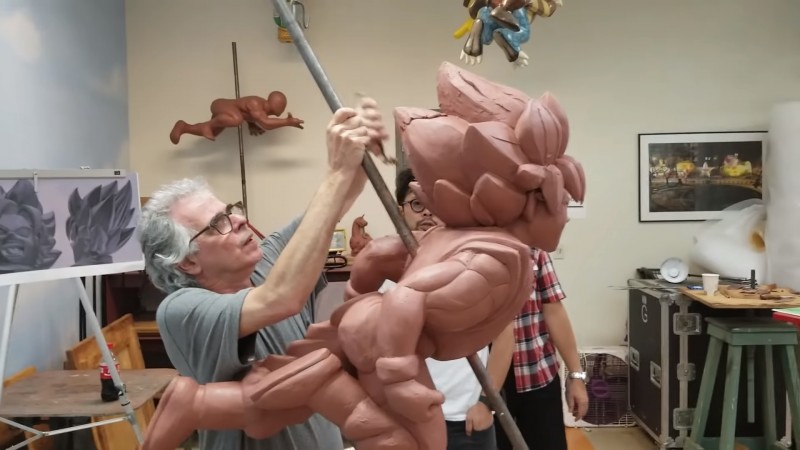 I have vivid memories of watching the Macy's Thanksgiving Day parade as a kid, plopping in front of the TV to recognize characters like Bart Simpson and Snoopy. As a consequence, I would get bored when I saw things that were not recognizable cartoon characters, but thankfully TOEI and Funimation are ensuring that there's one more reason not to turn off the TV in boredom. This year, Goku comes to the parade.

Maybe not the Goku news some fans wanted today, but it does mark the first time the Japanese anime hero has appeared in the annual event. He'll be making his appearance in his Super Saiyan Blue form, or Super Saiyan God Super Saiyan for those who want to use the full name. Funimation also put up a video of the float being designed.