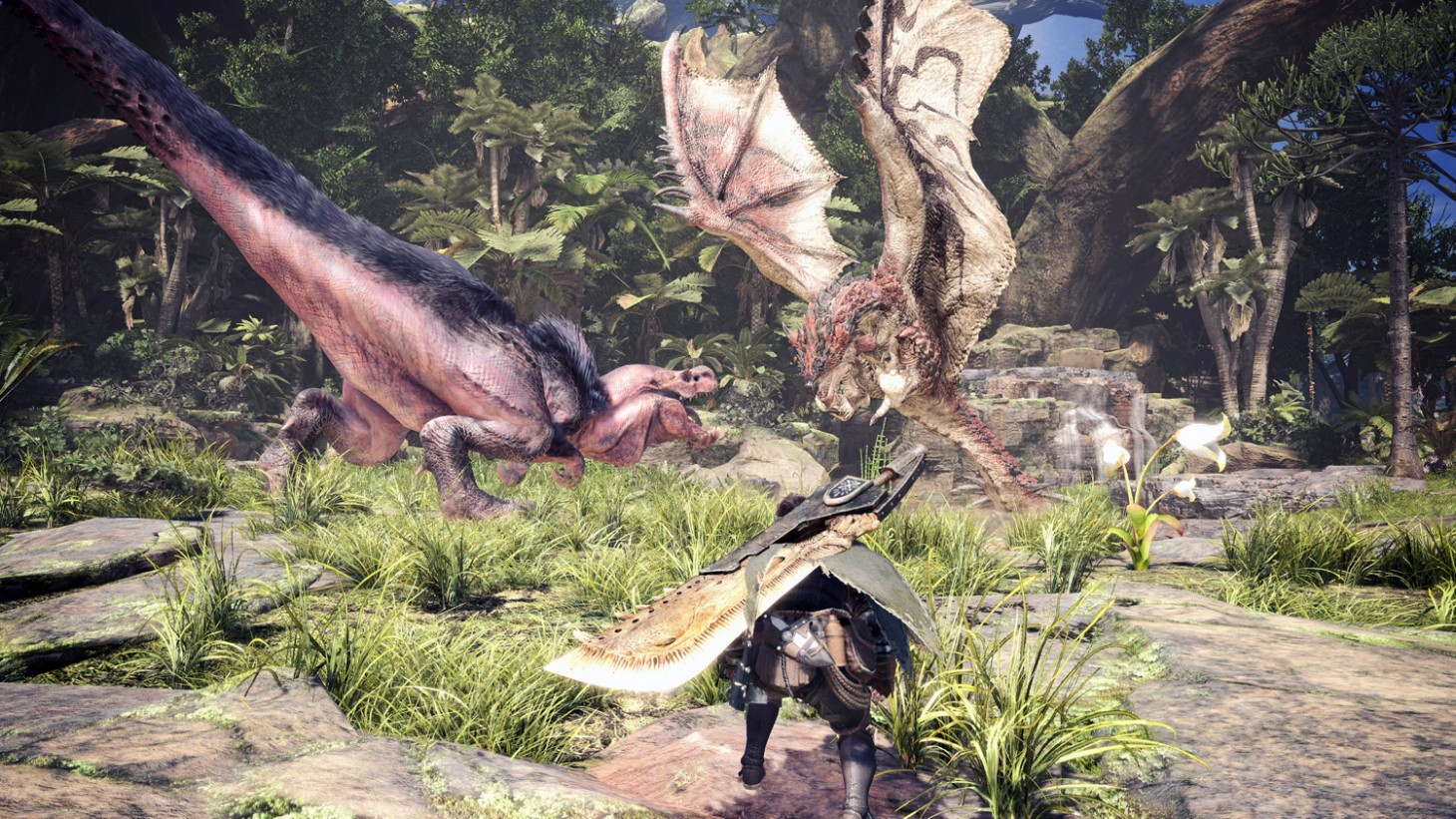 It's easy to forget that a Monster Hunter movie from Paul W.S. Anderson is on the way. The fairly minimal stories or, well, narrative anything of the games seem like they won't really lend themselves to a movie, but Anderson and his wife Milla Jovavich are going to try. While they do so, The Hollywood Reporter has revealed that Ron Perlman and T.I. are also joining in on the monster hunting fun.

Jovovich is playing a character named Artemis for whom details are fairly scant. She also took the lead role in every single Resident Evil live action movie helmed by Anderson. Those movies were fairly successful for Capcom, which explains why they sought out Anderson to take on their other big franchise.

T.I. plays Link, a sniper, one of the characters from the non-Monster Hunter world aspect of the film. The rapper/actor was most recently in Ant-Man and the Wasp. Ron Perlman's reputation precedes him, as the 68-year-old actor has headlined movies like Hellboy, Pacific Rim, starred in the critically acclaimed TV series Sons of Anarchy, and voiced video games like Fallout and Arkham City. Perlman will be playing a character named Admiral, the leader of what THR calls the Hunter's Crew.

A leaked audition tape indicates that the Monster Hunter movie involves soldiers coming across evidence that monsters from the Monster Hunter world have entered a portal into our world and have, among other things, turned part of the desert into glass with their fiery breath. A leaked CG test reel from a few years ago showed a Rathalos flying through a shopping mall.

The official casting notice for the film described the plot thus: "An ordinary man in a dead end job discovers that he is actually the descendant of an ancient hero. He must travel to a mystical world to train to become a Monster Hunter, before the mythical creatures from that world destroy ours." It is unknown if this synopsis is still accurate.

The movie is set to begin filming in October.