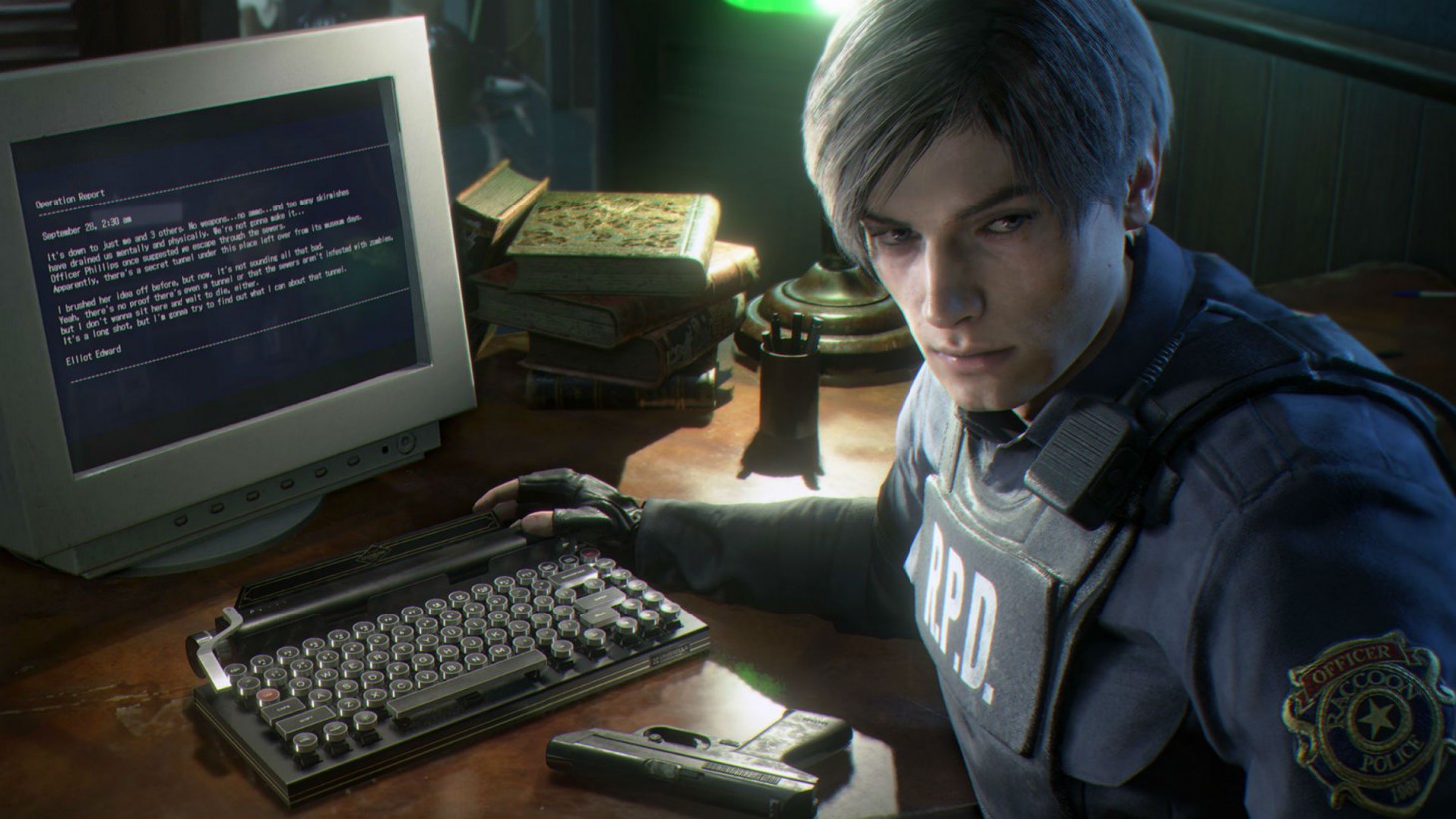 Resident Evil 2 Gets An Absurdly-Priced Typewriter Edition In Japan

As someone who recently got a new mechanical keyboard, I'm pretty into typing things right now. Keyboard are cool! But paying nearly $1,000 for one as part of a collector's edition is... a bit much.

But if price or region is no limit, Capcom's got a Japan-exclusive offer for you. As part of the slew of collector's editions for the upcoming Resident Evil 2 remake, Capcom has partnered with high-end keyboard maker Qwerkytoys to release a bluetooth-enabled mechanical keyboard that resembles a typewriter like the ones you use to save in Resident Evil games of old. The keyboard includes Umbrella Corp. and Lexington branding. And depending on which edition you get, you can also enhance the immersion with inkwells which store police tape, which you can use to seal off your house or apartment to no one will get near your new expensive keyboard.

How expensive is it? Well, the cheapest edition you can get which includes the keyboard (and nothing else) is 75,000 yen, which is roughly 700 dollars (not including shipping). But if you want everything, which includes everything in the previously-announced other collector's edition, the keyboard, and four of those police tape rolls, it'll run you 99,800 yen, which translates to $900.

If that's too rich for your blood, you can already snag a great deal on the keyboard itself. All you have to do is forego the game-related branding and buy it plain straight from Qwerkytoys, which has had a standard version of this same keyboard available for $250. Where does the extra $450 it costs to have it RE-branded go, exactly? No one knows! Think of it as a donation the Raccoon City police department, maybe?