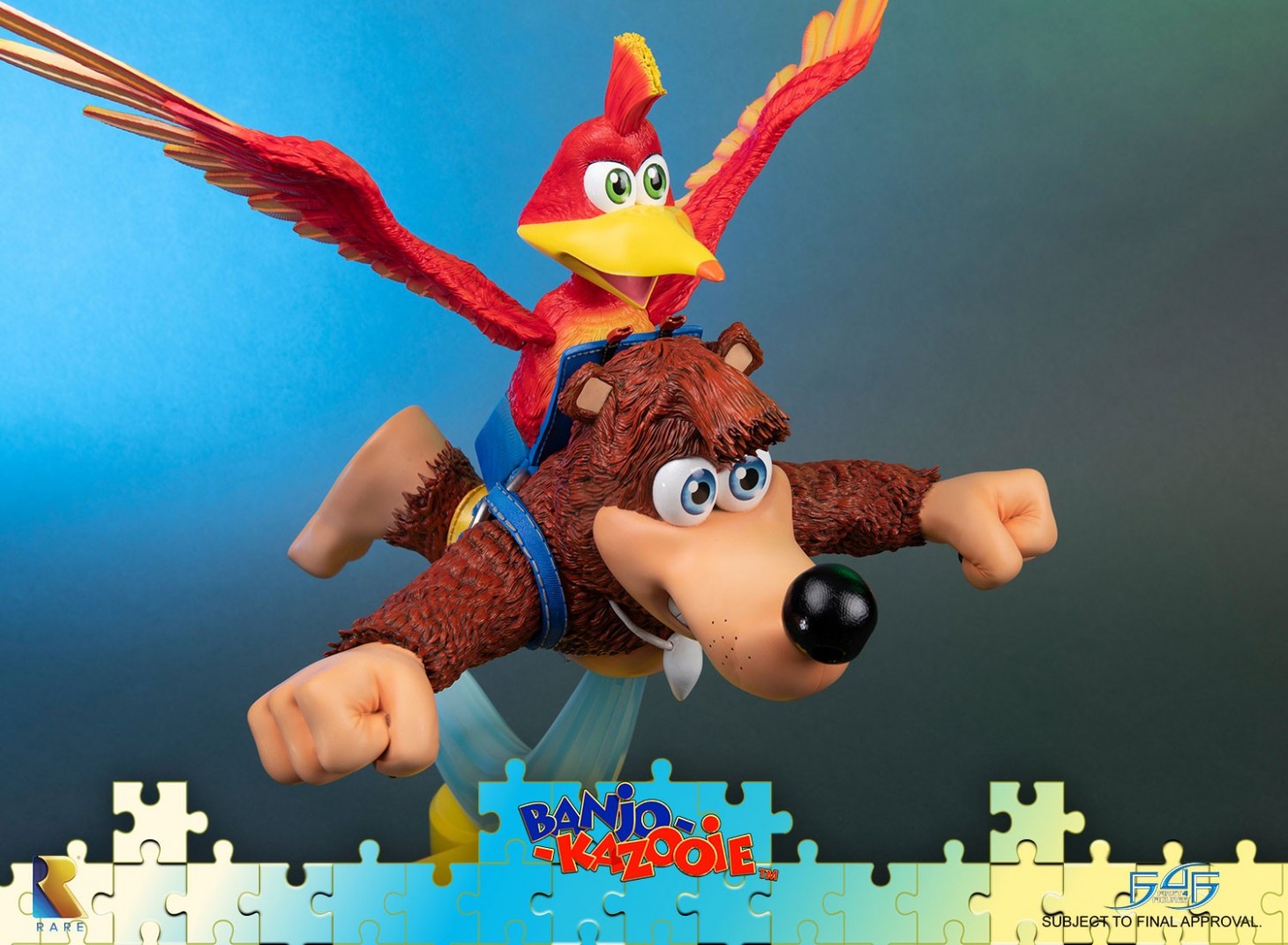 First 4 Figures today revealed its upcoming Banjo-Kazooie statue. The statue features both titular characters from the 1998 N64 hit as they soar through the air.

The statue stands at an impressive 20 inches tall , weighing nearly 12 pounds, and features a Jiggy jigsaw puzzle piece base. In addition to the statue, you also receive an authentication card.

If you preorder either version within 24 hours of orders opening on the official site, you get free Bear and Bird figurehead DLC for Sea of Thieves.

First 4 Figures' Banjo-Kazooie statue preorders go live on July 10 and will set you back $430 for either version. The statues are expected to ship during the third quarter of 2019. To preorder your very own statue, head here.