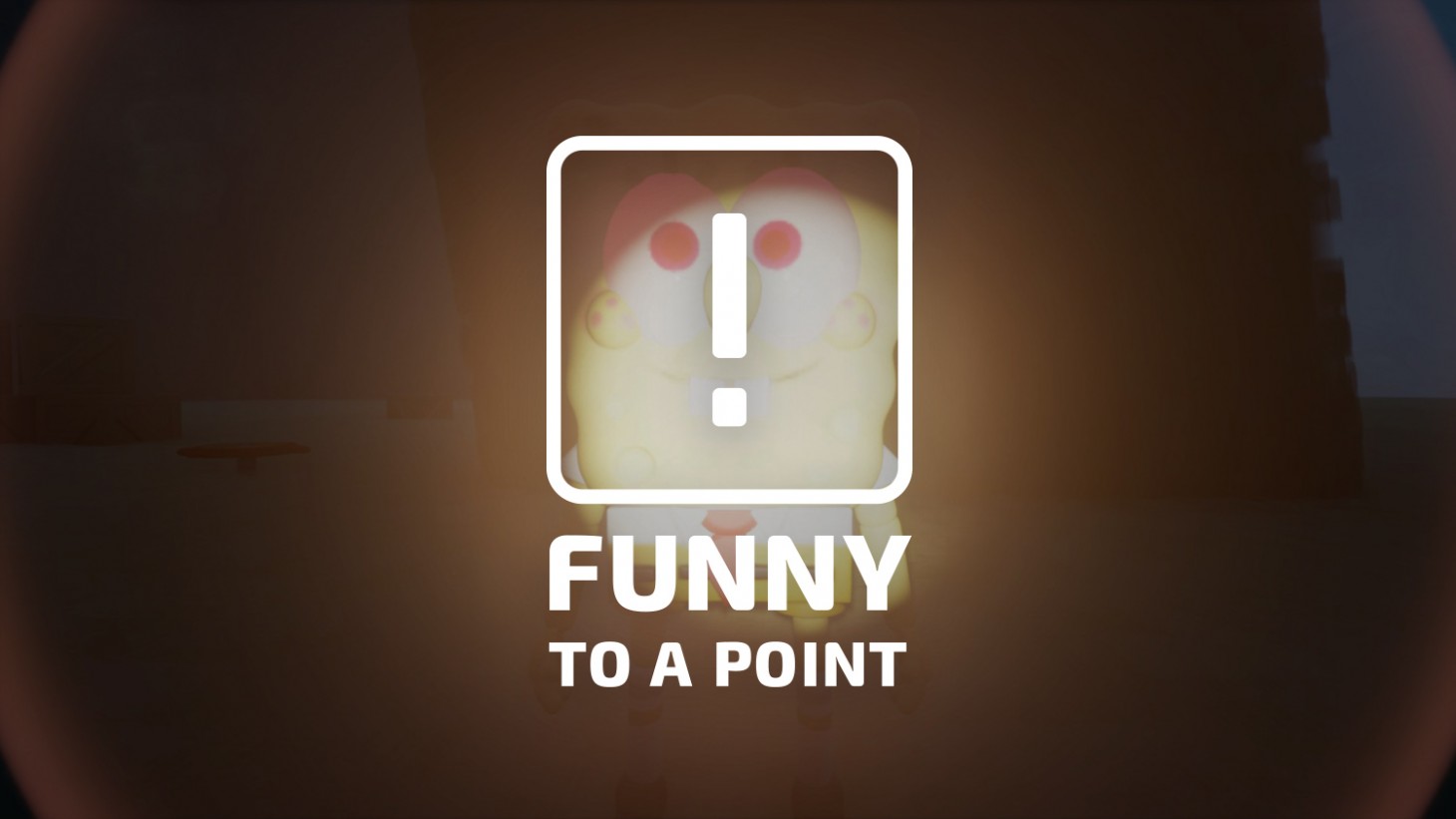 Dreams has been out in early access a little over a month now, and if you haven’t read my review, I’m a big fan. Dreams doesn’t just give players a stunningly robust and flexible toolset for creating games, movies, and art – the tools are also easy and intuitive enough to make the creation process fun. No matter how dumb your ideas are.

I’m no stranger to dabbling in user-created content, from the downright brilliant emblems I made for Battlefield 1, to a regrettable house of horrors in House Flipper. I’ve got plenty of ingenious ideas for video games – but not the technical knowhow to bring them to life.

As I laid out in this handy feature right here (along with a little Cuthbert shaming), Dreams’ incredibly cool tools manage to overcome that hurdle. Seriously, no matter how sucky of an artist you might be, you really can make interesting things in Dreams. I know that kind of sounds like an infomercial, but even infomercial idiots could make cool stuff in Dreams. Well, maybe not that taco lady.

Anyway, people are already using Dreams to make some amazing and impressive creations, but this isn’t a list of those things. Last night I set out to find the dumbest and silliest projects possible for this column, and once again, Dreams didn’t fail me. Here’s my collection of strange and funny collections that made me laugh, which you can also find and explore in the "Wonderfully Goofy" collection I made in Dreams! It’s like Inception up in here! 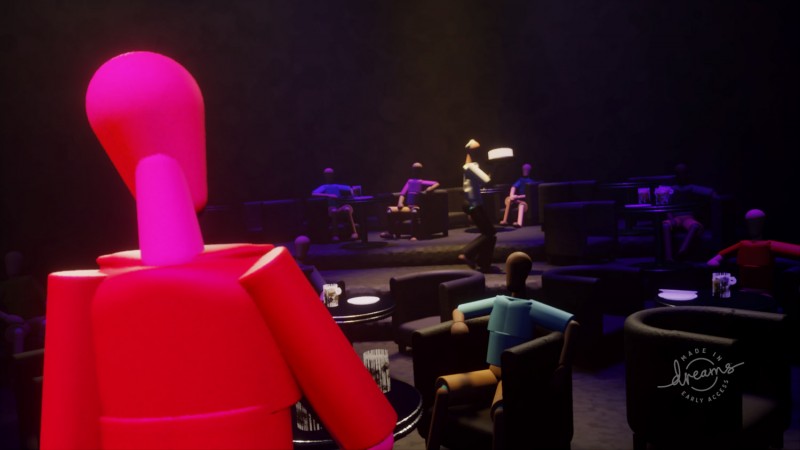 What better way to open a collection of humorous game than with an official Comedy Simulator? I won’t give too much away, but it doesn’t take long to realize that Comedy Simulator really does understand comedy – the Seinfeldian bass proves it! 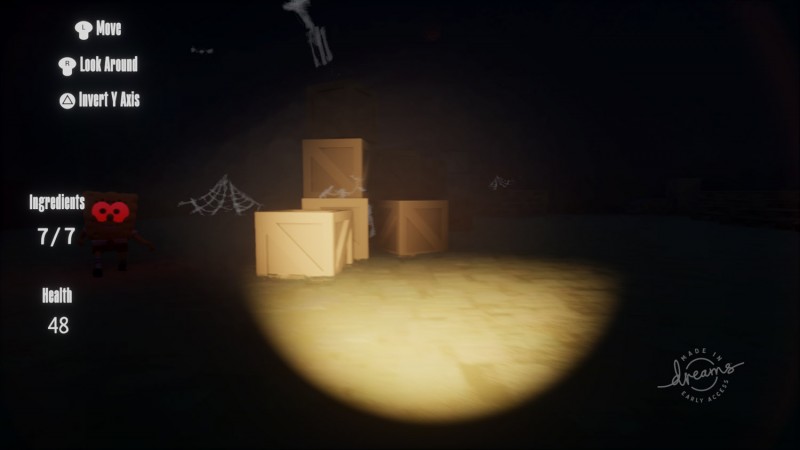 Slenderman clones were inevitable Dreams, but I wasn’t expecting a Spongebob-themed take on the iconic indie horror title. What really made me laugh is that it’s not just good ole squarepants – everything about the simple adventure adheres to the Spongebob universe. Hearing your boxy predator’s laughter through the dualshock’s speaker is a little unnerving (and eventually annoying), but nightmares are still technically dreams, so it’s all good. 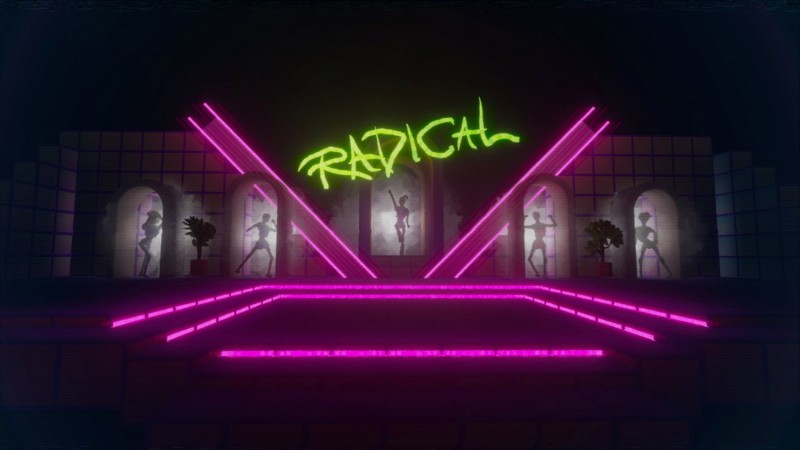 Speaking of unnerving: Radical is a profoundly disturbing animated music video that I still haven’t fully processed. I also laughed out loud several times while watching it though, so it earned a spot on the list, despite not technically being a game. Just don’t complain to me if you end up with aerobics-themed nightmares after watching it! 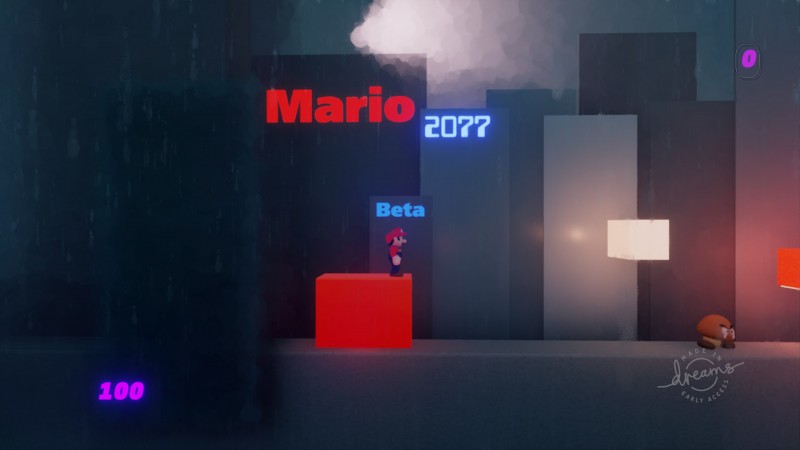 Plenty of people are working on Super Mario clones in Dreams, which thankfully Nintendo hasn’t seemed to figure out yet. Mario 2077 is a little buggy, and not particularly interesting from a gameplay perspective at all. If you get to the end of the level, however, you’ll find out why I included it here. I did NOT see that coming! 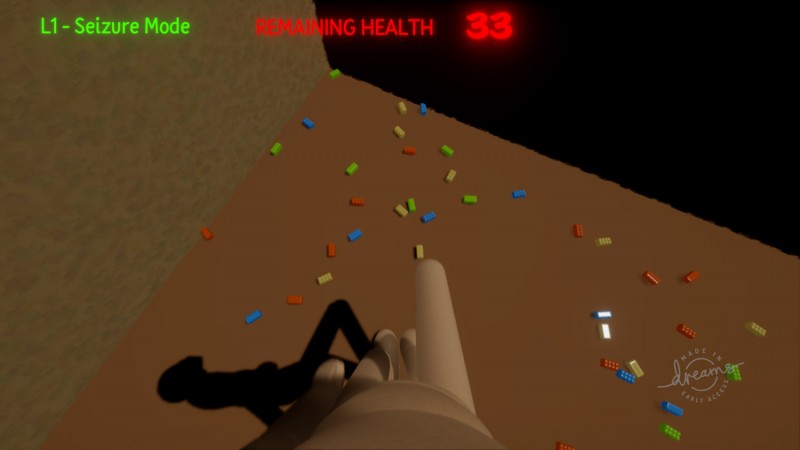 Stepping on LEGO Simulator is a very simple and dumb game, but it’s also the perfect example of why Dreams is so great – no one would waste their time trying to create and publish a game based on the excruciating pain of stepping on those stupid plastic blocks in, say, Unity, for example. In Dreams, however, even the silliest idea can be whipped together and shared with other players – 2,541 players at the time of this writing, to be exact! That’s a lot of aching virtual feet! 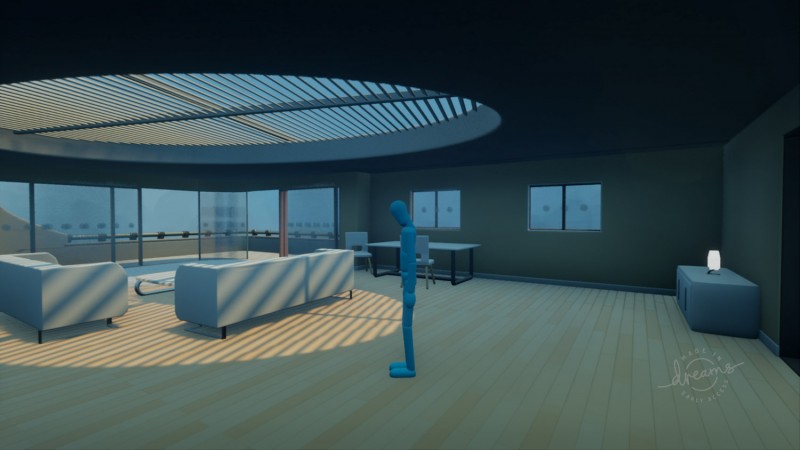 I can’t say for certain that this ongoing, meticulous recreation of PlayStation Home is supposed to be a joke, but I’m going to assume it is. Otherwise it’s just depressing, and that’s like the opposite of what Dreams is supposed to be about!

Just in case the PlayStation Home project is unironic, here’s a hefty dose of adorable to wipe away the blues. Cat Pile is probably the most fleshed-out game in on this list. In it you control an anthropomorphic cat as you try to navigate a series of puzzles. The main mechanic is a series of cat cannons, which when funded, will shoot a stream of kittens into an ever-growing pile that you can climb to reach the next area. It may not be a laugh-out-loud experience, but it’s very quirky and has plenty of cat puns for people who like that kind of thing.

Also, if that “Catbucks” in the corner caught your eye, can we take a moment and appreciate that none of the creations in Dreams are tainted by microtransactions, freemium schemes, or any other modern-day monetization horse crap? Now that’s a dream come true! 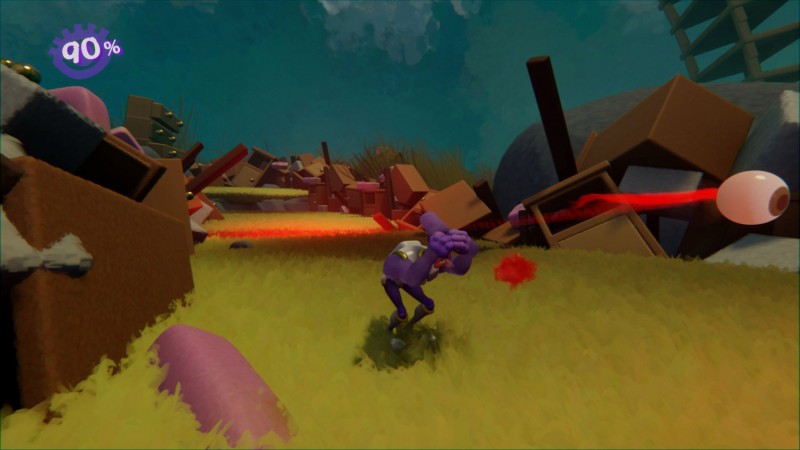 Proptosis Pete is 100-percent less adorable than Cat Pile, but nonetheless impressive. Pete has kind of an Earthworm Jim vibe going on, only he can shoot an endless supply of eyeballs out of his head. The rest of the game is equally strange, but once again demonstrates what a nirvana Dreams is for creative weirdos. 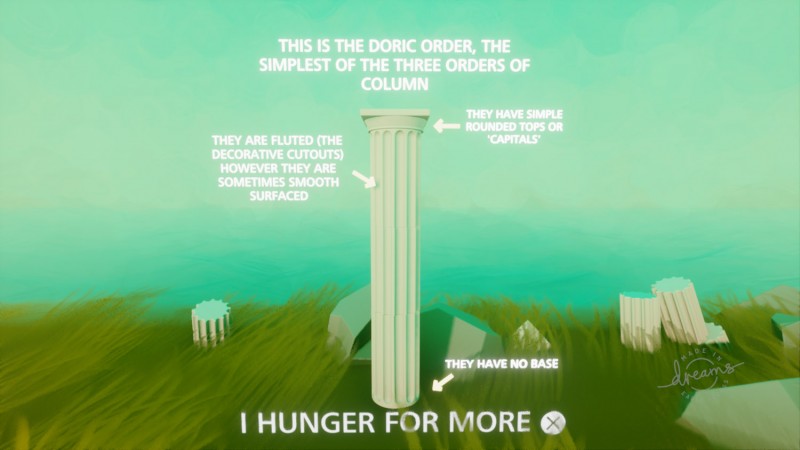 Here’s a project that’s funny AND educational! The Classical Order teaches players all about Doric, Ionic, and Corinthian columns used in Greek architecture. Why? Because that’s what The Classical Order’s creator is into, and it's their dream for the rest of us to be less ignorant! You’ll want to pay attention during the informative bits, however, because there’s a Guitar Hero-style quiz at the end that you’ll totally flunk if you don’t. I speak from experience. 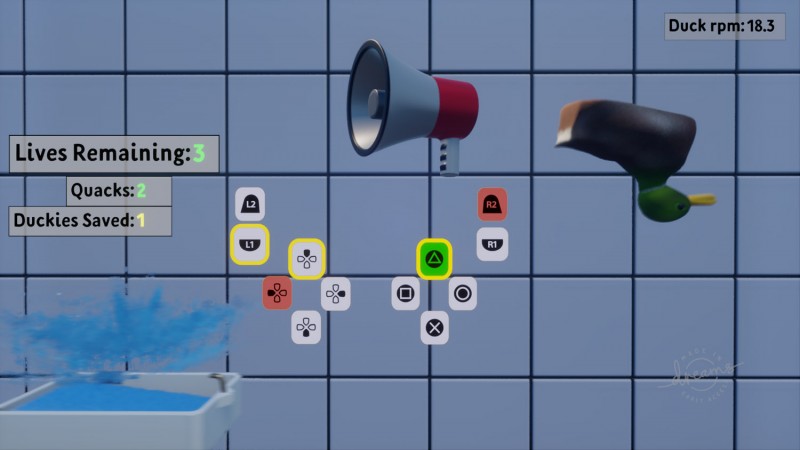 The most challenging game on this list, Duck Quacks Don’t Echo gives you two tasks to perform simultaneously: hold down the correct buttons on the controller as they are displayed, and catch falling ducks by moving the water basin back and forth with the DualShock's gyroscope. I struggled with just holding the right buttons, but for some reason was compelled to keep trying despite how rudimentary – not to mention completely absurd – the game is. I’m clearly not the only one either, as Dreams players have currently spent over 168 hours playing the game!

Another quick aside: If you add a scoring mechanism to your game, Dreams automatically generates leaderboards that everyone who plays is listed on. This is an ingenious addition – if Mario Party has taught us anything, even the simplest challenges are fun when you’re competing against other people. Hell, even real life teaches us that – baseball is basically just a ball and a stick, people! 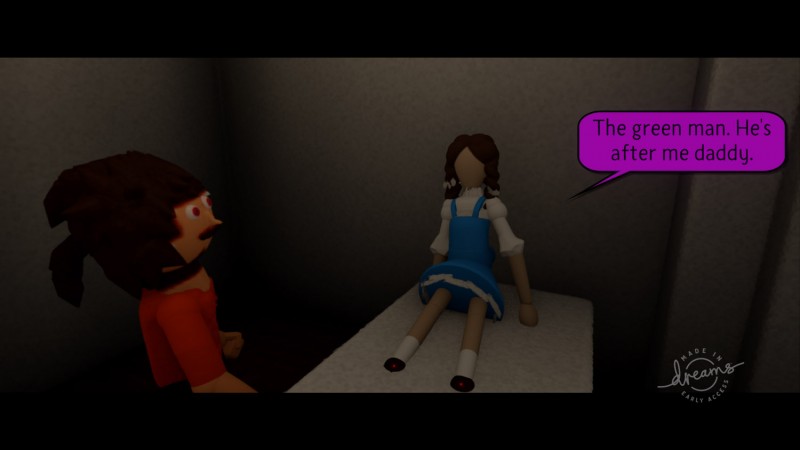 Make no mistake, I saved my best pick for last. Shrek Survival 2 is so amazing that I’m not even going to describe it to you for fear of diminishing the experience. All I’ll say is that it has everything you could hope for: a tense and dramatic story, rich character development, and a shocking conclusion that puts lesser works like Game of Thrones to shame. If you’ve got Dreams, go play it right now!

As mentioned at the beginning, I’ve added all of these creations to a collection appropriately entitled “Wonderfully Goofy,” which you should be able to find through the search option in Dreams. If you’ve come across any other funny/strange creations – or made your own – let me know in the comments below and I’ll check them out!