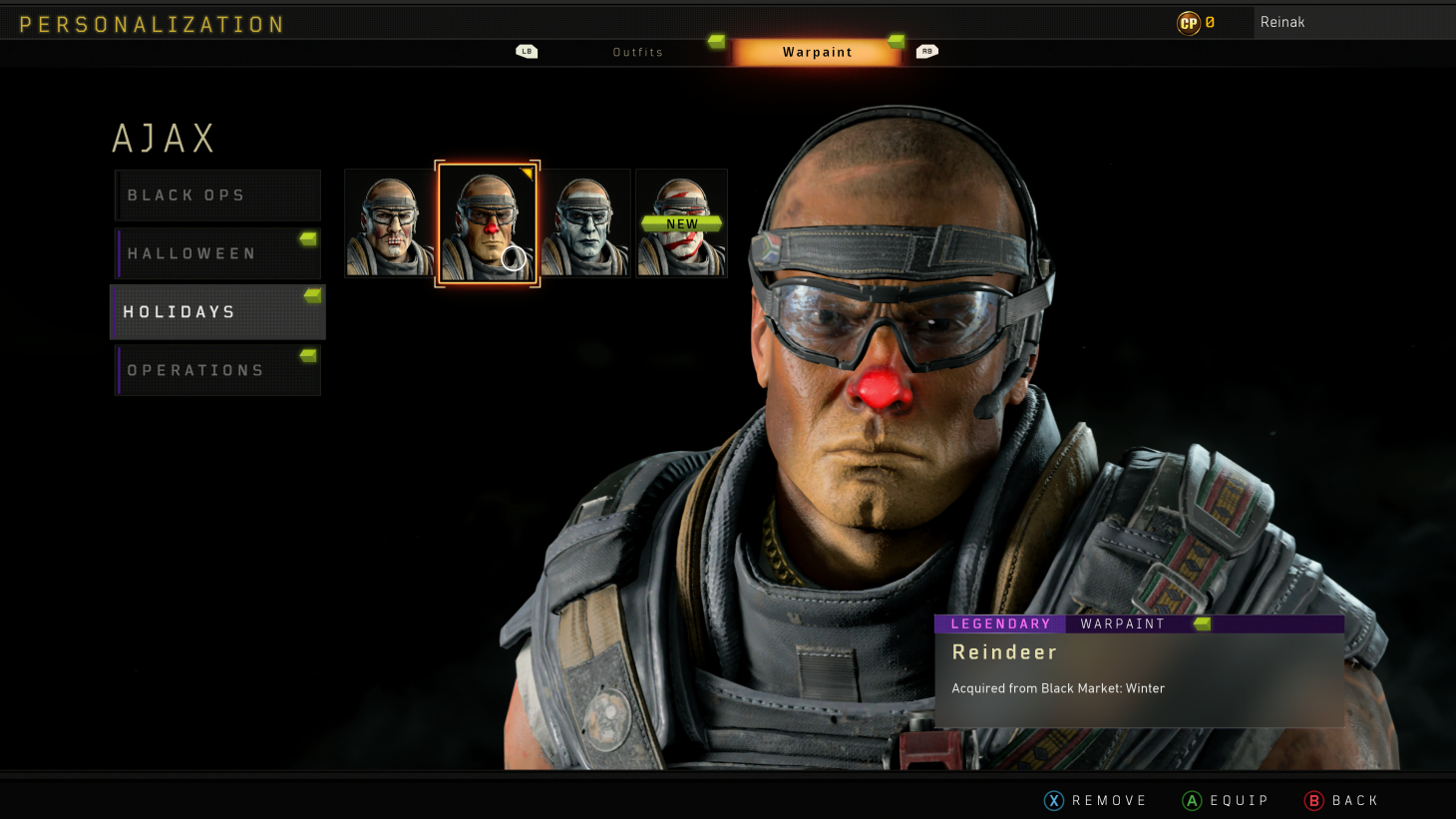 My Call Of Duty Friends Hate My New Nose

Call of Duty: Black Ops 4 celebrated the holiday season with a marketplace filled with fun gestures and skins. Depending on how festive you wanted to be, you could make your character build a snowman, hold up a mistletoe, or even pull out a leg lamp inspired by The Christmas Story movie. I went bonkers and equipped all of this silly holiday-themed stuff, and even gave myself Rudolph's iconic red nose.

When I equipped it, I let out a laugh, and told a friend I was about to play with that I had just obtained the best look in the game. The preview view I had of the red nose made it seem like it was nothing more than a vibrant red coloration. I didn't know it lit up until after we jumped out of the helicopter and found a gas station to fortify. I squatted in a corner, looked over at my friend, and he burst out in laughter. "Dude, your nose is amazing," he crowed. "It's lighting up!"

He then grew silent for a few seconds before saying "It's kinda bright. Do you think enemies can see it?" We both agreed that they probably could, since all other cosmetics are visible to everyone, and that I should switch it after this match for fear of it giving away our location. 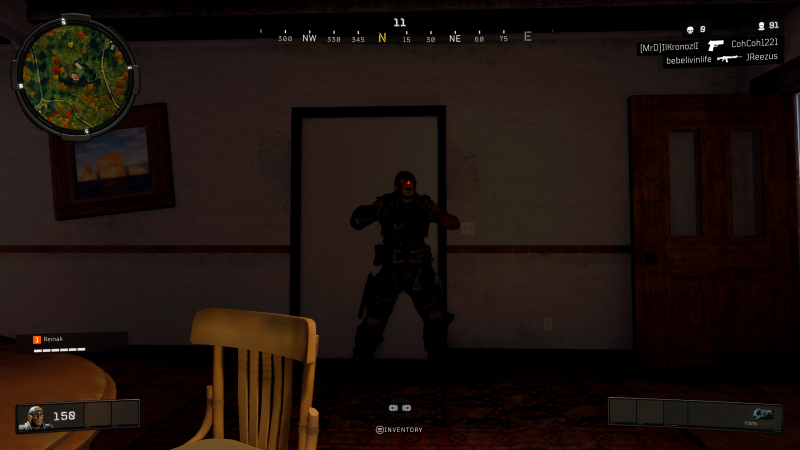 What happened next changed my mind. I was crouched down in the darkness on one of the gas station's countertops and an enemy entered and ran right toward me. He didn't fire a shot, and I took him down cleanly. "I think he thought my nose was a part of some kind of sign. He didn't see me," I exclaimed. My friend and I again erupted in laughter, and then he asked me if I was going to take the nose off.

"Nope. This is my new look. It got us a kill," I beamed. We disagreed on what actually happened when I netted that kill.

He said things like "It's distracting" and "How am I supposed to concentrate with you blinking in the corner?" In the days that followed, other friends voiced similar concerns about the nose. I don't care. I've grown to love the look, and just wish there was a way to increase its vibrancy for specific lighting situations.

Sam Fisher made the three green lights work in the Splinter Cell games, and I'll make this nose work too. It'll just take time and a few murderous streaks to win over my friends' hearts.