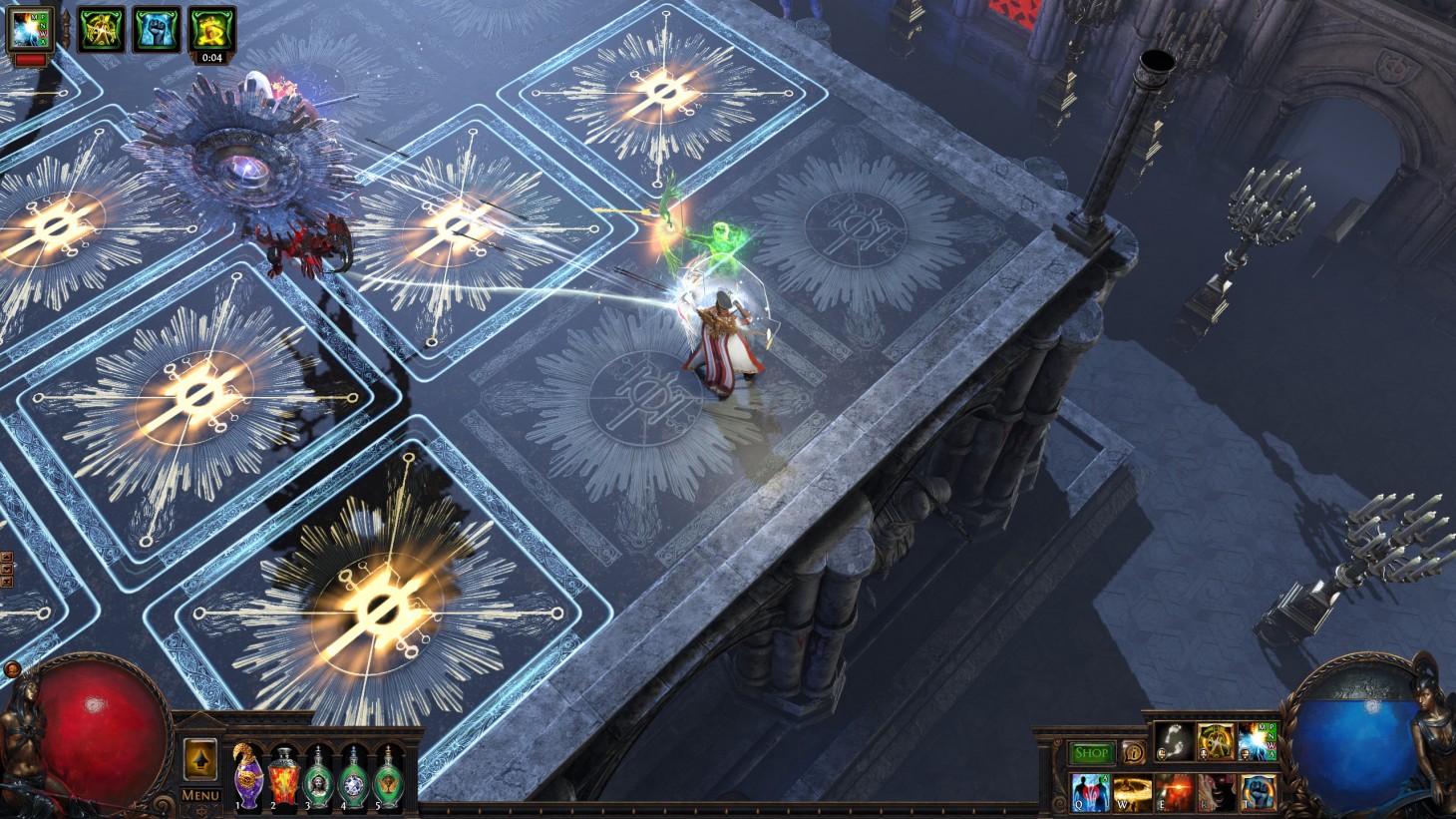 How To Get Started In Path Of Exile

Path of Exile has been around for quite some time, but with the release of another giant content chunk and a new league where you can build your own big baddies to beat for massive swathes of loot, it's a fantastic time to jump into the action. Path of Exile plays fantastically whether you want to go completely solo, with a friend network to share loot with, or in groups for bigger and better rewards. That said, getting into Path of Exile can seem like an incredibly intimidating prospect, with its giant passive skill tree, ascendancy choices, and the map-centric endgame atlas to navigate. While the systems can be complex, they don't have to be complicated to get into - so let's get started!

Path of Exile is loaded with loot, especially as you rise in levels and start doing endgame map content. If you try to play without a filter, you're going to spend a lot of time just looking through endless trash - and I do mean endless. Screen after screen of stuff that is going to bury anything of interest under a tide of garbage, you won't even be able to find the good stuff under all that noise. So the first thing you need to do is get a loot filter - it's pretty easy. My choice for easy and painless is the core version of Filterblades, just pop it in your folder and select it from your UI options. You can grab it here and then rest easy that you won't have to try to dig through hundreds of drops on a single screen.

2) Have a character plan going in

I know, it sucks to get committed to a build before you even start playing. While "respeccing" in Path of Exile is doable, it's fairly expensive in terms of resources and you're going to want to save your orbs of regret for fine-tuning instead of a full revamp. But there's nothing worse than getting to endgame and realizing that your build maybe isn't up to par and then spending a few days rerolling a new character. You don't have to use an actual guide - but you can, and there are great ones on the official Path of Exile forums, Reddit, and elsewhere. If you want to pave your own road, picking a few skills or broad stroke archetypes can work too, like a necromancer or elementalist. Whatever you do, don't ignore health/energy shield and sustainability points as you level. Path of Exile is a little deceptive in this regard, as you can plow through the base game and its Act structure fairly easily only to find yourself being one-shot with a low health pool, poor resists, or other defenses in the endgame atlas. So despite the urge to become a massive damage machine at the cost of all defensive stats, don't do it. You'll end up paying the price later! 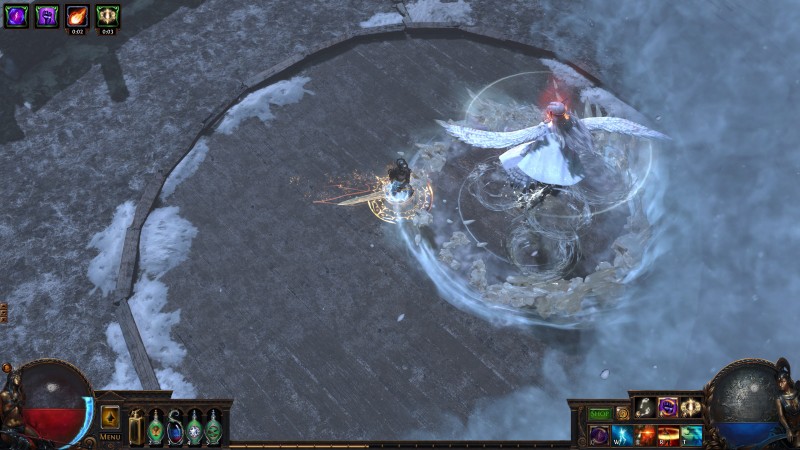 Path of Exile is a game about getting loot - and we're going to need a place to keep it all organized! Yep, Path of Exile is free-to-play. And probably one of the best models out there for it, hinging on mostly cosmetic fare and giving players access to all content for free. However, at this stage in the game, I consider 2 of the optional purchase stash tabs absolutely mandatory if you're looking to have a good time. First, and the most critical, is the currency tab. This will store and organize basically everything relevant you come across in your journey, and in my opinion the game actually isn't playable without this tab - you'll have far too much clutter to exist without it. I also consider a map stash tab mandatory for organizing your vast collection of maps, but this one is a little more debatable.

Ascendancy points are similar to passive points, but often much more powerful, and go into special trees that help you define your character. As you're demolishing your way through the game's acts, it can be easy to forget that the Labyrinth exists. At this point in PoE's life, Labyrinth and ascendancy points are the equivalent of eating your vegetables before dessert. Be on the lookout as you proceed through the game for trap-laden "trials" that will pop up in various zones. As tempting as it is to skip these, you have to do them to get access to the different tiers of Labyrinth that give you access to these incredibly valuable ascendancy points. If you're having trouble in the Labyrinth, you can outlevel and outgear the first few tiers fairly easily, especially if you find some % life regen. 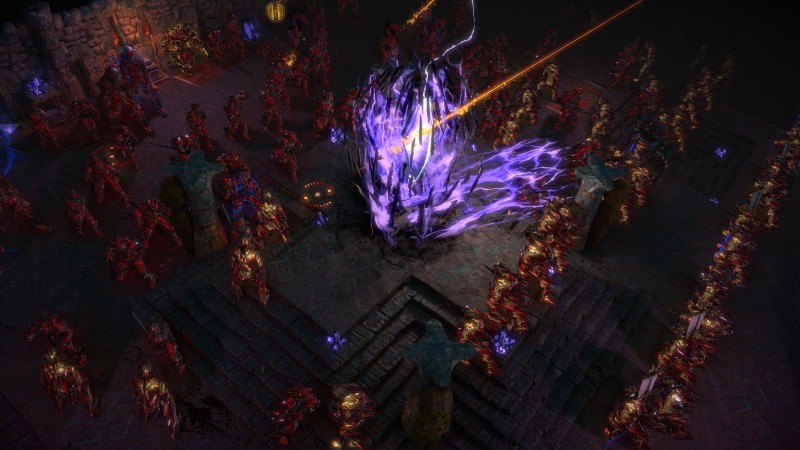 It's easy to get paralyzed before you even start playing, wondering if your build is going to be just right and spending way too much time debating where each and every point is going to go on the passive tree. Don't worry about it! Get in there, it's Metamorph league, go have fun! In this league, you collect brains, lungs, hearts, and other monster organs to build your own bosses and reap huge rewards - you'll be flush with maps and all kinds of rare loot and currencies. You get a taste of this system going through the acts, but once you start doing maps you can collect boss specific organs and create even bigger beasties with incredible payoffs. You might screw up a point here and there! It's okay! As you become more comfortable with the game, you might even be tempted to try some of the other modes, like hardcore (where if you die, it's over!) or solo-self found (Where you won't be able to rely on other players for your gear - you can only use the stuff you find or craft yourself!). Path of Exile has a ton to offer and every league adds new wrinkles - so get out there and go make a monster!