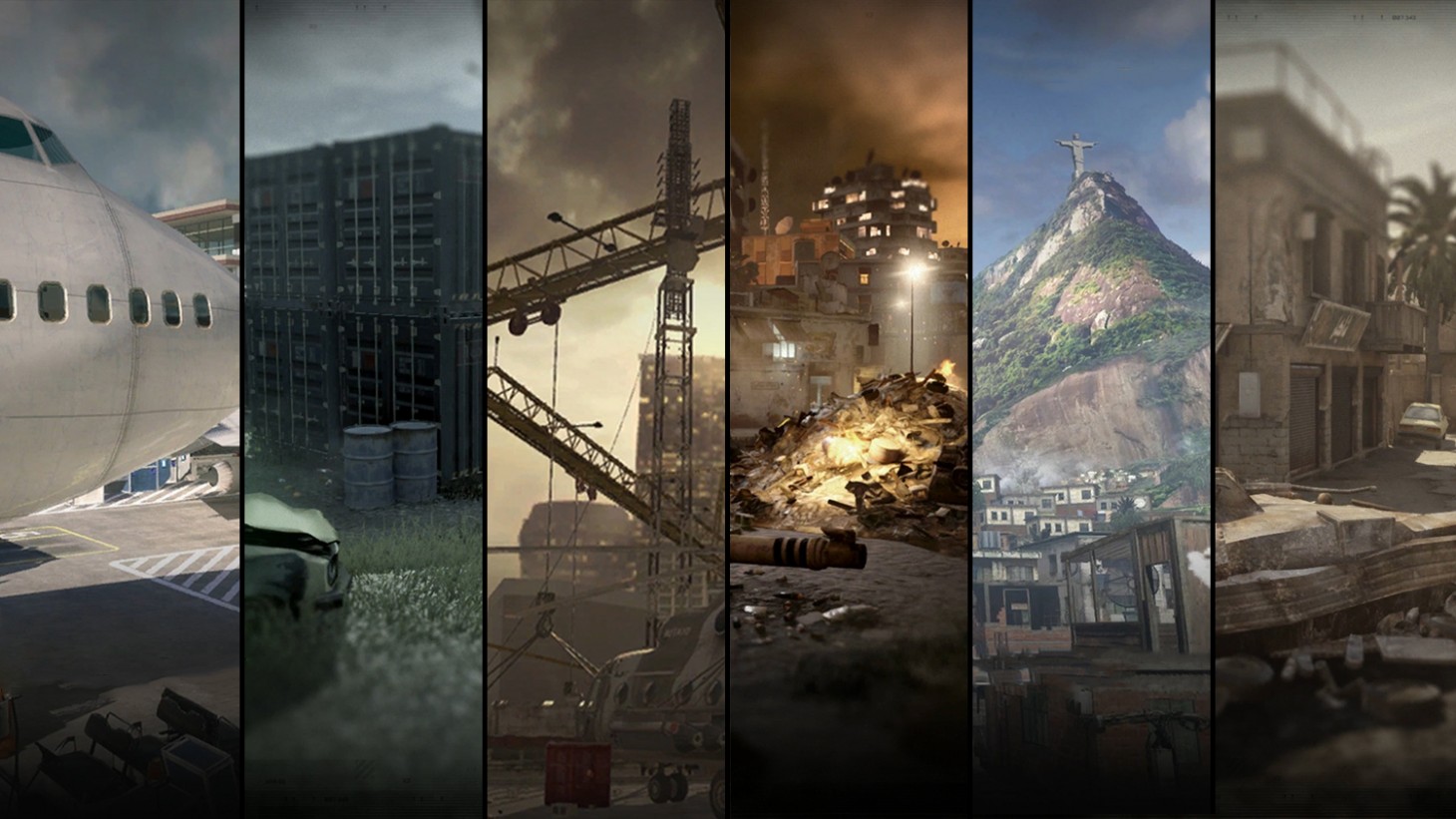 Classic Maps We Want For The New Modern Warfare

Creating a classic multiplayer shooter is a herculean task. The gunplay needs to be refined, the modes need to be engaging, and the maps should be as distinct and well-crafted as they are fun to play. While there’ve been many classic shooters that exemplified this excellence, few have reached the peaks of the original Modern Warfare series.

Given the recent trend of legacy multiplayer games remastering classic maps, this year’s Call of Duty should delve into its catalog of some of the greatest multiplayer maps ever created. Here’s a list of all the original Modern Warfare maps we want to see make a return in Infinity Ward’s latest entry into the Call of Duty series.

What Makes It A Classic: No other map embodies the phrase “confined chaos” quite like the original Modern Warfare’s Shipment. Best combined with game types such as Search and Destroy and free-for-all, players had to be skilled at fast, close-quarters combat if they hoped to escape the match with any semblance of a positive kill-death ratio. That’s what made this map so iconic: Even during games where enemy airstrikes and chopper gunners filled the skies, we’d find ourselves back in the action, quickly building a killstreak with the simple toss of a well-placed grenade. With multiplayer maps, sometimes simplicity is king, and few theaters of war captured that sentiment better than that monochromatic little shipping yard.

Why It Works With Modern Warfare: Gunfight, a new game mode in which teams of two square off in tight confines and with limited health, feels as though it was designed with Shipment in mind. The beta has already shown that one false step means a lost round on maps that were already larger than the Call of Duty 4 classic. Shipment would require players to bring their A-game every time and is exactly the intense but gratifying experience Infinity Ward is attempting to achieve with the reboot. I’d also love to play it on NVG (night-vision goggles) mode, but with a twist: My pitch is a free-for-all game type where the map is dark, but players don’t have access to their night-vision goggles, allowing for tension-filled, chaotic fun.

Shooting into the void wouldn’t exactly be compelling competition in the Call of Duty World League, but it could make for a fun change of pace to the more intensive modes Infinity Ward has highlighted thus far.

What Makes It A Classic: Highrise checks all the boxes for what makes a classic map, including its fit for each game mode and playstyle, and how visually distinct it was at the time. The Modern Warfare 2 classic is also the perfect place for private matches with friends, especially for custom games such as Mike Myers. Named after the iconic horror villain, players had to hide from a single person who would hunt them with only their knife until the timer was up (think a simpler form of Friday the 13th or Dead by Daylight)

With so many places to hide and secret areas to find, trying to track down friends was a fun challenge that never got stale, and it's one of the main reasons we always came back to Modern Warfare 2 even years after its release.

Why It Works With Modern Warfare: The team at Infinity Ward says that this year’s entry will be its most grounded and gritty… but that doesn’t mean there won’t be time for a little fun, right? Recent entries in the series have added more lighthearted game types such as Prop Hunt and Infected, and I don’t see why 2019’s Modern Warfare shouldn’t do the same. Highrise would make for the perfect stomping grounds for custom matches while also using the game’s new modes to create community games that will propel Modern Warfare for the year ahead.

What Makes It A Classic: Shipment is great for people who enjoy the thrill of a virtual shotgun burst, whereas Backlot is perfect for players of all playstyles. Whether it’s sniping or running around with a shotgun and the Martyrdom perk activated (I hated you), Backlot’s multidimensional map design made for some of the most fun I’ve had playing Call of Duty 4.

Backlot is perfect for more tactical games, as every corner is designed with spaces skilled players could utilize to capture points but not so much so that they were untouchable. At our best, my buddies and I would have the full arsenal drawn and ready to cover every vantage point. That was until someone’s mom told them dinner’s ready and an enemy would tear us all to pieces. Few contemporary maps can match the balance of Backlot, and as the old saying goes: If you can’t beat them, put them in your multiplayer suite as free DLC.

Why It Works With Modern Warfare: The visual aspect of Backlot works so well with the gritty world Infinity Ward is creating that I’m honestly surprised it hasn’t been announced yet. Creating maps with a monochromatic look is difficult, but with its destroyed cars and burnt-out buildings, the map is instantly recognizable for anyone who’s put a Call of Duty game into their disk tray.

Outside of it fitting aesthetically with the reboot, the balanced nature would slide in perfectly with game types such as Cyber Attack. Trying to capture the bomb at the center of the rubble while avoiding both sniper and mounted turret fire sounds like prime Modern Warfare fun that should have its place in the 2019 reboot.

What Makes It A Classic: In Call of Duty 4, Infinity Ward set out to create a bleak and grounded visual interpretation of war. With the sequel, the team forged a more colorful array of maps without sacrificing the grit of the original. Nothing exemplified that better than Favela. The Brazilian slums teem with a vibrant color scheme we hadn’t seen until this point. The faded, yet vibrant bombed-out buildings and dirty alleyways make the map feel lived in and visually distinct without coming off as disingenuous to the established feel of the world.

Not only is it a visual breath of fresh air, it’s also a classic because of its verticality. Checking corners wasn’t enough in Favela: Your head had to be on a swivel because there were so many different sightlines to check at any given moment, which is a core component of the 2019 game.

Why It Works With Modern Warfare: One of Infinity Ward’s big changes in 2019’s Modern Warfare is the ability to open and close doors. While I can hear all of you snickering in the back, this much-needed addition changes the complexion of the game. Many times in the beta, I found myself playing more cautiously when I saw a building was closed up and would be penalized for sprinting through the door without checking what awaited me within (it was usually a claymore).

With the sheer amount of building variety in Favela, the creeping sense of not knowing what’s on the other side of a doorway lends itself to the heightened feel of Modern Warfare’s grounded multiplayer.

What Makes It A Classic: After you’ve gotten your fill of close-quarter combat in maps like Shipment and Backlot, Bog is the perfect change of pace for those looking for more ranged combat. While players can get away with sticking to the outskirts, the fun of the map is largely reserved for those with a knack for headshots and long-range assault rifles

Bog is a highlight for team deathmatch, but my fondest memories (depending on if we were winning or not) came from matches of Domination. Taking the middle capture point alone while standing on a heap of smoldering rubble was nigh impossible and almost always resulted in a lone wolf’s demise. There also wasn’t a more satisfying feeling than capturing the point and running as fast as virtually possible to the adjacent bus for cover.

Why It Works With Modern Warfare: Bog is already one of Call of Duty’s darker maps, so all Infinity Ward would have to do is turn down the lights a bit for NVG mode (that’s how game design works, right?). Mix that darkness with the lit buildings and enflamed battlegrounds, and an NVG version of bog would force players to think tactically about when to turn their goggles on and off. In a game where the time-to-kill is already extreme, little choices like these can mean the difference between a continued killstreak or watching yourself die on the kill-cam.

What Makes It A Classic: To this day, the Modern Warfare campaign mission No Russian is about as divisive as video games come. The one thing everyone can agree on though is that it spawned one of Infinity Ward’s greatest entries into the multiplayer suite: Terminal.

Balanced for almost every game mode and playstyle, the airport map is one my clan and I would always vote for. While intense battles were found wherever you went, the truly memorable fights were reserved for the airplane just outside the main building. Matches were won and lost by who could control the flow of traffic in and out of the jumbo jet, especially on more tactical game modes where travel around the plane became a focal point.

Why It Works With Modern Warfare: While doors are all the rage this year, another big point of emphasis for Infinity Ward is the ability to tactically mount your weapon on different surfaces. The plane on Terminal could already be a death trap for those foolish enough to rush it, but adding the ability to mount a weapon on the seats and in the cockpit could really change the flow and strategy of the map, especially on game modes such as Realism. The infamous hallway of death is always a sure-fire way to get yourself killed, and with the extreme time-to-kill, I look forward to handing enemy players the instant karma they surely deserve.

Modern Warfare’s return is right around the corner and for those of you who can’t wait for the game, be sure to check out why Infinity Ward doesn’t consider the game political, how even the developers were split on No Russian, and everything else from our excellent September cover story trip. 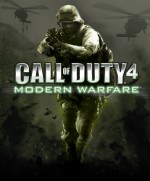