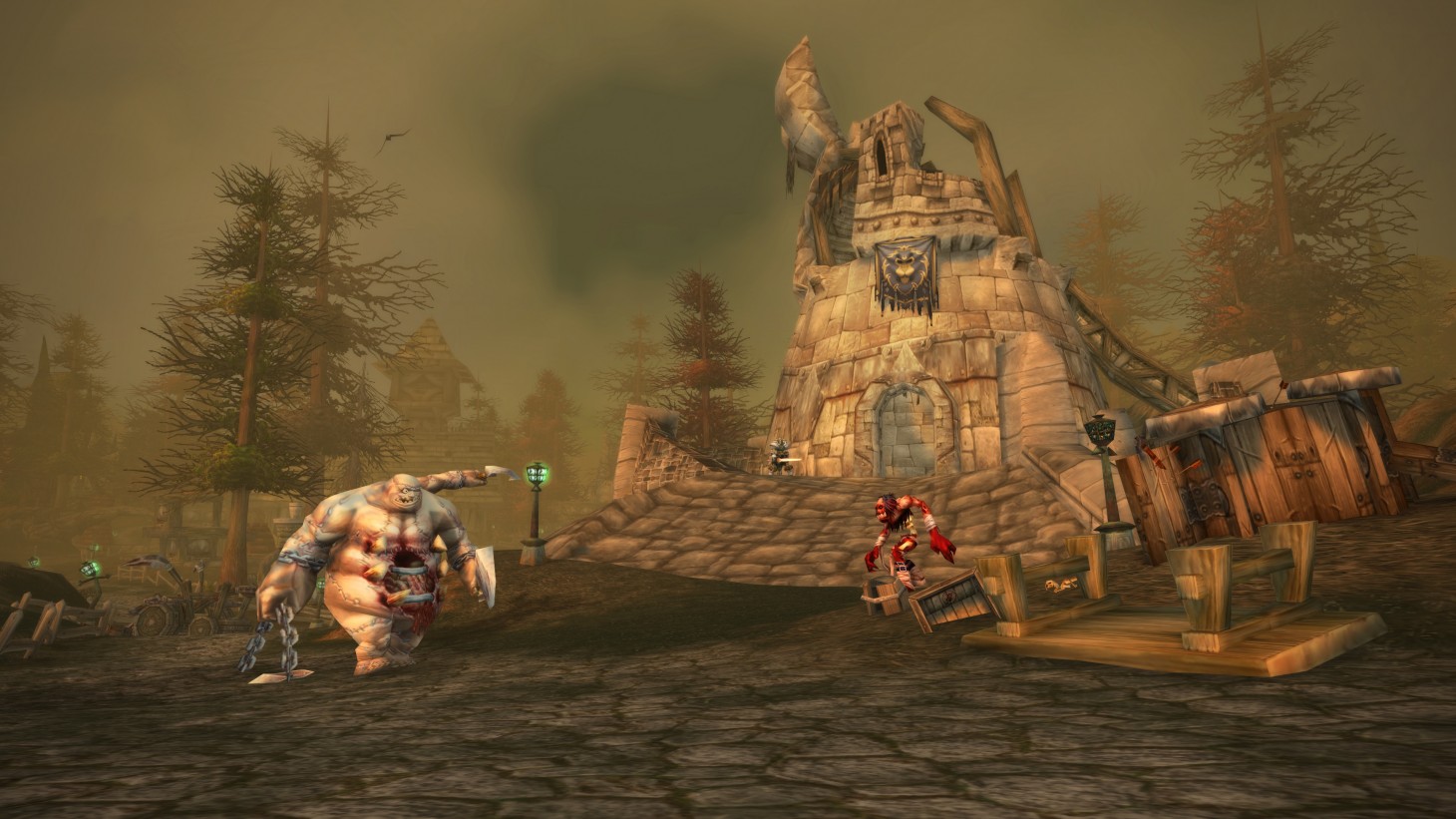 This is the beginning of a series of semi-regular entries that detail Dan's return to World of Warcraft Classic – the ups, the downs, and all the Barrens chat in-between. Join us for a look at the WoW that once was, 15 years later.

MMO launches are historically rocky affairs, with login issues and server crashes. Fifteen years later, WoW's classic launch is no exception. With giant server queues that had friends and guildmates waiting 6-8 hours to get online, WoW Classic's launch felt much like the old days in many ways that go beyond the core gameplay and design elements.

I was lucky enough to get in line to play around 45 minutes early, so my own wait time was only around an hour. Stepping into a pair of worn leather shoes as an undead rogue, the elements that sucked me in and captivated me those many years past began anew, albeit with some interesting issues that go with packed launch servers. Questing – especially quests that focus on slaying certain NPCs or special monsters – was out of the question, as players formed lengthy queue lines to tag important creatures and score quest items. For me, grinding was the only option, and it wasn't entirely unpleasant.

There's something surprisingly soothing about picking up a couple of trade skills and laying waste to monster after monster, picking up handfuls of cloth and resources to fuel those early game milestones that don't even exist today in the context of the modern WoW world. Crafting those first linen bags, sending off bags to friends and guildmates, and acquiring a hot green dagger that doubles or even triples my damage output are all goals during the first few hours as I lay waste to low-ranking members of the Scarlet Crusade and make my way to the Undercity. Most of my interactions with other players are quite positive, with groups forming wordlessly to kill quest targets and the occasional run-by buff being placed on my person. Players saving me from an unfortunate death as multiple enemies target me at the same time, something a new player wearing rags is ill-equipped to handle. As I level, I have to make tough choices with my hard-earned coppers, like whether or not to learn certain abilities and what weapon skills to train (yes, in classic you need to go to the capital cities and pay a chunk of change to learn how to swing a sword, hammer, or anything else your class doesn't start proficient in).

The progression still feels immaculate at these levels. In modern WoW, where getting a new epic item is a regular occurrence and a meaningless jumble of stats that you can't even name and will often replace in a matter of hours, picking up a new green item can be a major character boost. A blue can drastically alter your entire play experience, allowing you to comfortably solo enemies that would have slaughtered you without it. The sense of growth and choice as you start slowly placing points in the old-school talent trees is something that has been lost in the breadcrumb path-to-power and story that's a mainstay in retail WoW, and it feels meaningful and important to pick up a pair of breeches featuring something as innocuous as an additional 2 attack power.

Getting the band back together is an interesting task this time around. In the old days, I'd regularly be herding a literal horde of players numbering 40-100 from game to game, guild to guild. Today, it's a wild mashup of people I haven't talked to for 12 years, new players that have never even played any form of WoW, and other players I've gamed with forever. Whether the combination will bear fruit or hold interest for the long 60 level trek and the raids beyond is irrelevant; some of the best times in vanilla WoW are simply had by forming a small group of friends and digging into the simple (by today's standards) dungeons, delving into the Deadmines, Shadowfang Keep, Scarlet Monastery, and beyond. Forming pickup groups in general chat to handle these dungeons isn't something I look forward to, but it's also a way to meet new friends – having everyone on the same server, on the same faction (PVP server of course), provides a sense of identity and feeling that everyone, even the lowliest Barrens chat troll, is working toward some greater good for the Alliance or Horde.

I finish off the evening by completing my early rogue class quests for a sweet green dagger and plopping myself in the Inn in Silverpine Forest. The long road is just beginning, and what lies at the end is uncertain. I honestly don't think I have it in me to organize those old-school raids, farm resist gear, or do the honor grind again, but the path there is one well worth walking. Here's to another 50 levels in Azeroth.