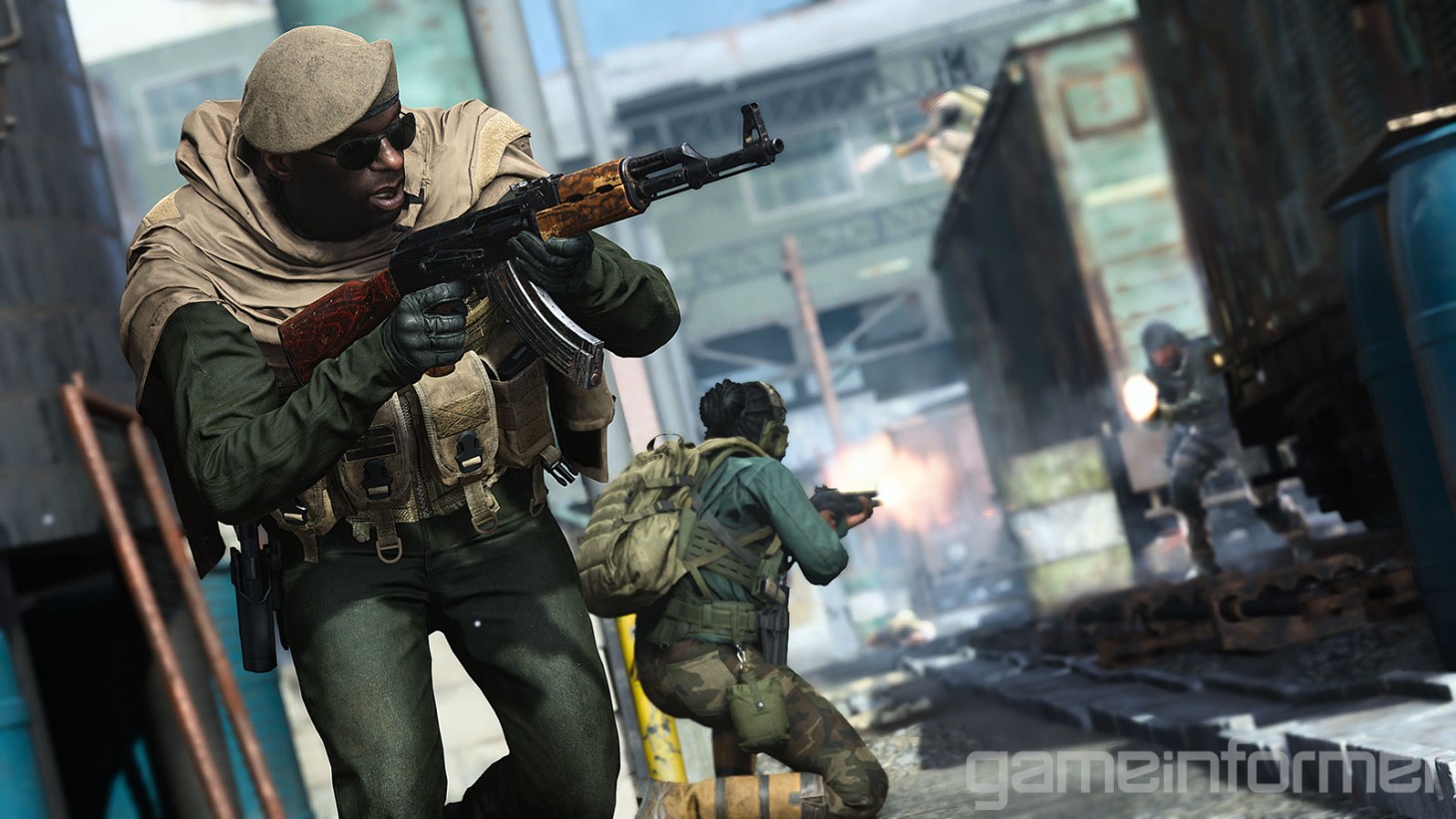 Gearing Up For Ground War In Call of Duty: Modern Warfare

Ground War mode has been in other Call of Duty games, but this time it's different - and big. Real big. We played a few rounds on a massive downtown city map complete with skyscrapers and a bank in a 64-player soiree, with the dev team hinting that even bigger player counts were being tested. In what amounts to a domination match with five different capture points on a titanic scale, choppers and APCs were the norm over the city skylines as players converged into critical areas, forming pick-up siege and defense efforts around key locations. The steps of the city bank became one of these hot spots, where the enemy team locked shields and took a fortified position that held for quite a while – until someone on our team triggered a Juggernaut and mowed everyone down with the kit's massive gun and armor.

Choppers whiz by above while players spawn into secured locations and even APCs on the move, planning their next cap point. Vehicles are player-piloted. Cover is everywhere in the side alleys and between buildings, but watch yourself carefully if you're planning to trek the spacious roads, as they provide little protection and can turn into everything from small scale-skirmishes on the fly around upturned cars to sniper massacres. You're incredibly exposed in these areas, so judicious use of smoke, fast movement from cover to cover, and working as incursion teams are all critical to success if you plan to spend any time on these expanses of concrete.

From mini-assaults into areas between towering buildings to huge team assaults on the bank, there's a ton going on in Ground War and death comes swift as ever – there are no fixed classes like support or assault, instead, you can bring in any loadout that you can conjure up from any of the other standard multiplayer modes and change it as needed during the course of a war.

You can read more about our experience in Ground War in our Call of Duty: Modern Warfare cover story in our coverage hub here, where you'll also find exclusive interviews, videos, features, and more from our recent trip to Infinity Ward. Click the banner below and visit regularly for updated content all month long.