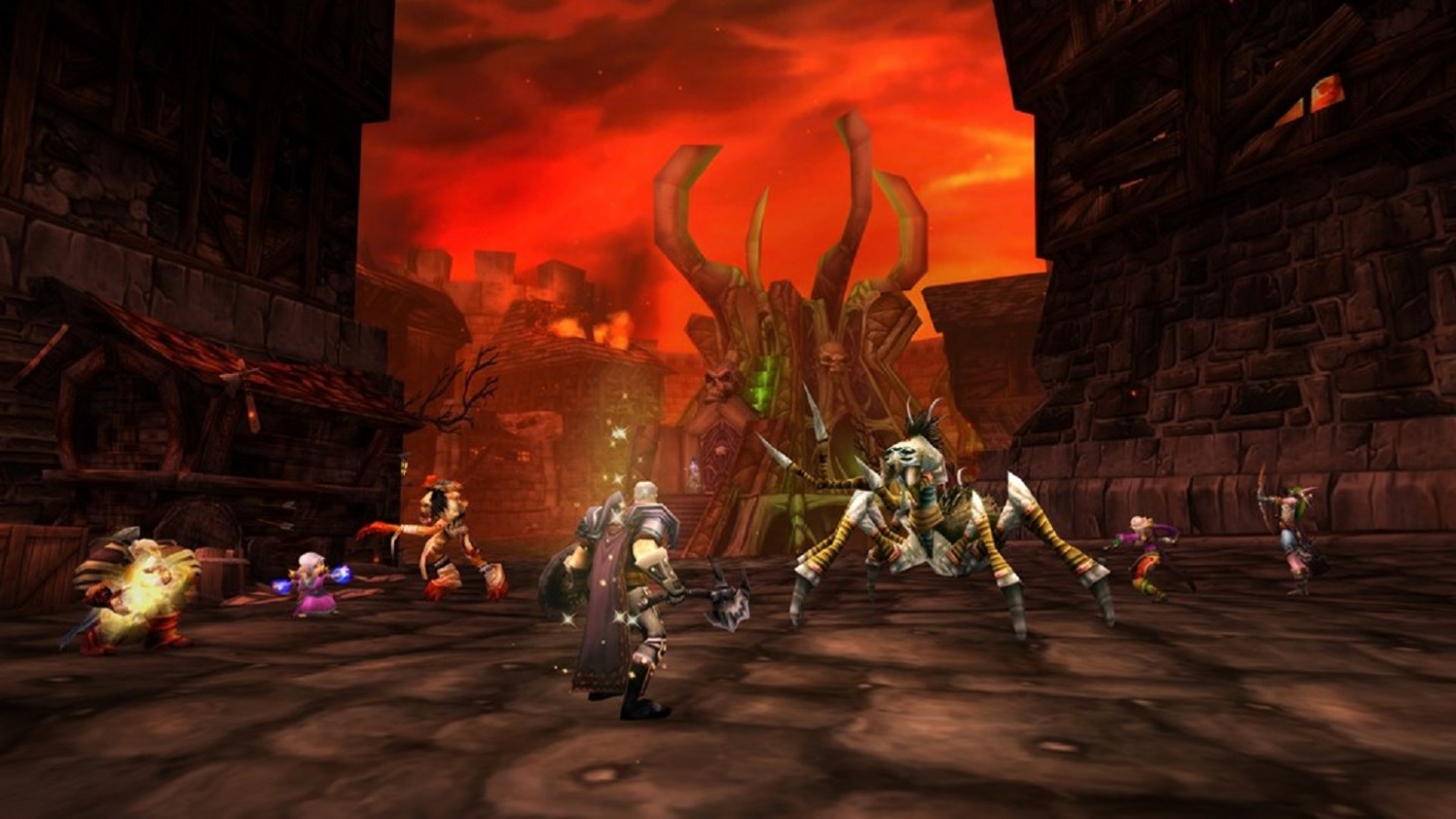 Returning To The World... Of Warcraft

The year is 2004. Or maybe 2005. I get a call on my corded dorm room phone. “Dan, we’ve got a problem. It’s the warlocks again. They’re colluding in secret chat to abuse the DKP system so that they get all the items for cheap and then can bid on items that are applicable to other classes and specs…”

This was a typical evening call during those early World of Warcraft years as a “raid officer”. Each four-to-six-hour evening dive into dungeons like Blackwing Lair or Ahn’Qiraj had a lot more going on than just killing monsters and taking loot. Keeping tabs on 40+ other players, their real lives, and their availability in game was a hefty task before even getting to the mechanics and the gear checks. For certain, managing the social aspects of the game was harder than keeping a working aggro rotation on Vaelastrasz.

Today, I still play with many of those same guildmates from World of Warcraft - whether we’re playing a new MMORPG or just kicking back with a game of Dota (Now Dota 2 instead of the Warcraft III map), those ties are hard-coded into my gaming life. I’ve had people who I haven’t even spoken to in 15 years message me out of the blue asking if I was ready for Classic because “we’re getting the band back together." I beta-tested WoW before it came out, mixed in with my core days of EverQuest and Dark Age of Camelot at the time - and, in some extremely bizarre twist of fate, in the year of our lord 2019, I’m in a beta for the original World of Warcraft again.

“Vanilla” World of Warcraft has an absurd amount of charm. It goes way beyond nostalgia, though I’m certain that’s a factor too. From the first levels slaughtering kobolds and making your way into the world outside of Stormwind and beyond Goldshire, into the bandit-riddled farmlands of Westfall and the darkness of Duskwood, there’s a sense of satisfaction in the core WoW experience you simply can’t find in retail. Years and years and years of honing World of Warcraft into what it is today can make it feel too clean, too sterile, and too precise. The original WoW is like that mom-and-pop pizza place that still tastes better than all the competition, even if the slices aren’t evenly cut and the Frogger machine in the back room doesn’t work - it’s got flavor and heart in lots of the right places. 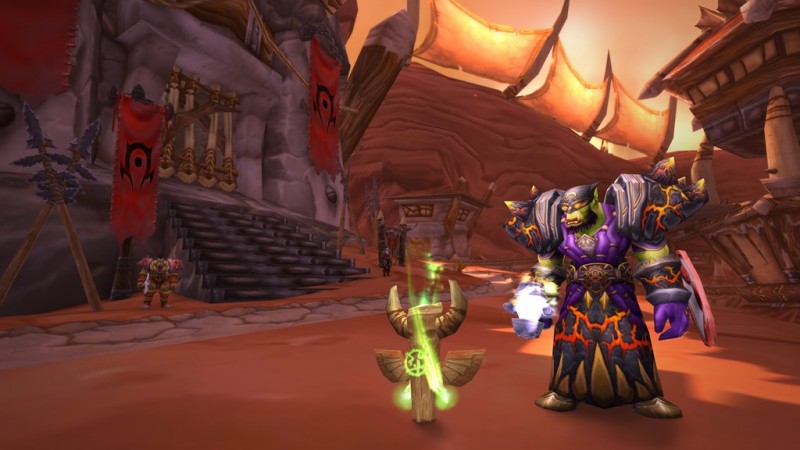 The opening hours of the current Classic beta are a testament to this. Getting a blue or green piece of gear, you actually feel orders of magnitude stronger, able to annihilate enemies that were taking considerable time and effort to defeat before. Today, items, no matter how epic they are, feel like a jangled amalgamation of meaningless numbers that don’t move the needle in this fashion - you actually feel like that awesome sword you picked up from Van Cleef at the end of the Deadmines is a serious acquisition, and one you’ll be using for days. You can tear through wolves and boars with a newfound confidence and quickness. Of course, you can use those animals to fuel your leather crafting too, and make some new gear that makes a big difference - back when 11 stamina was life-altering health. It feels good to make your own stuff, “living off the land” in a way that matters, even if you’re grinding boars and stuck to rigid zone progression that doesn’t exist today.

Those factors aside, a few hours of play in vanilla reveals a world social archeologists would beg to discover. With no LFG (Looking-for-group dungeon finder queue tool), no LFR (same thing but for raids), and world PVP back as a real thing (on the Classic beta PVP server), everything is different. It feels like a real war between the Horde and Alliance again, ironically more serious than anything in Battle for Azeroth. Allies run by and toss heals and buffs, come in to save you from an additional enemy (pulling even just one unexpected enemy in Vanilla can be a lethal affair, requiring careful play and judicious use of cooldowns), or forming questing groups to take out the hordes of Defias rogues that plague Westfall. Once you hit the contested areas, contact with the enemy is frequent and the gameplay dynamic - sure, you may be on mind-numbingly boring task to kill 20 ghouls, but the fact that the area is occupied by roving bands of players on both sides makes the task a lot more interesting. 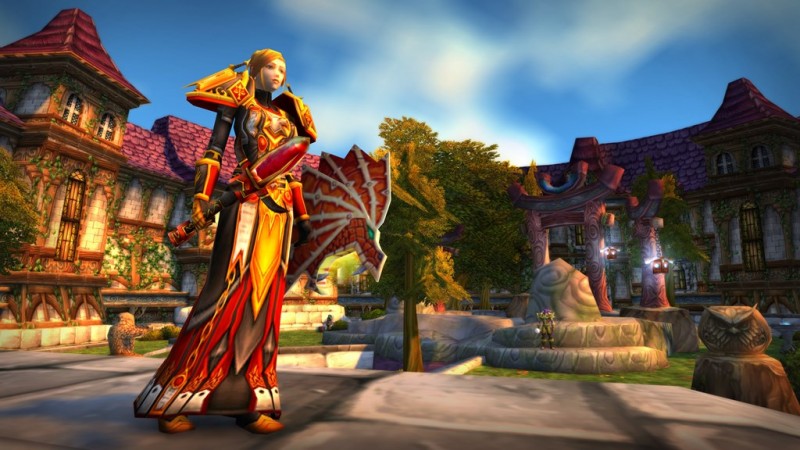 For the first time in years, I was using features in World of Warcraft like general chat to try to organize groups to complete quests and fight off the enemy faction. I was using chat to find dungeon-crawling groups for the Deadmines and Stockades. I was talking to other players, and it actually felt kinda great. So much goes into designing a player experience today that lets people do anything without interaction, providing so much streamlined convenience (I was insanely hot on the dungeon finder experience when it released and still consider it an essential part of the MMORPG toolset today) and protection (If no one is talking, they probably won’t be laying down any negative or harassing encounters either) that again, there’s something almost novel about having to speak and talk to another player again.

Of course, that’s an aspect that’s hot right now. But when I’m level 60 and a damage-dealing character and not a tank or a healer (Tanks are often the most in-demand group role with healers not far behind), I can also imagine that sitting around spamming for group and waiting hours may not feel quite as atmospheric. I may not feel so enthusiastic about world PVP when I get an enemy guild camping my corpse in Stranglethorn for hours on end. Regardless, the old feels new, and it’s a treat to engage in the grindy goodness of Classic’s design. 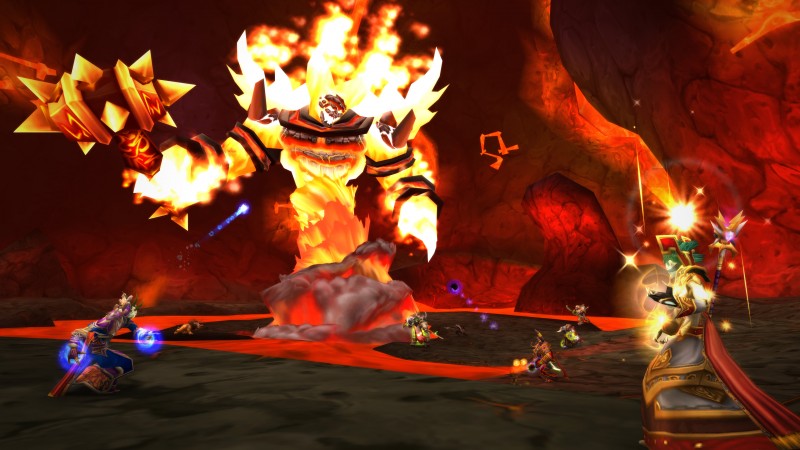 It’s not all glorious of course, and along with the deliciously tasty bites of the uneven pizza there are clear issues that have been improved upon immeasurably over the years. Quest design is… rustic, and often annoying as hell. Quest chains take you from NPC to NPC across the world, often forcing heavy backtracking and mindless running around before engaging with an annoying collection task. That’s about all there is, and despite the zones and dungeons having a lot of heart, the quests are often grueling.

Seeing a quest that takes 3+ different kinds of special drops is nightmare fuel for your overloaded 6-slot bags, and the monsters may be spread out all over the zone. Dungeons, while fun and a premium source of a great group experience and powerful loot, are trash-filled enclaves with almost no mechanics outside of maintaining a solid “tank-and-spank” and watching the healer’s mana. I have a serious amount of nostalgia for “old” Deadmines, but running back inside and killing the goblin and Defias hordes didn’t quite capture the enchantment of it in my mind; there are far too many pulls and none of the bosses really do anything. Stockades is an even better example, a dungeon where you’d be hard pressed to even identify which enemies are bosses or where you hit the end of the area. Of course, I need to keep a handy supply of poisons and thieves tools with me at all times, and carrying around bundles of powder and keeping my blades doused in various buffs is busywork. 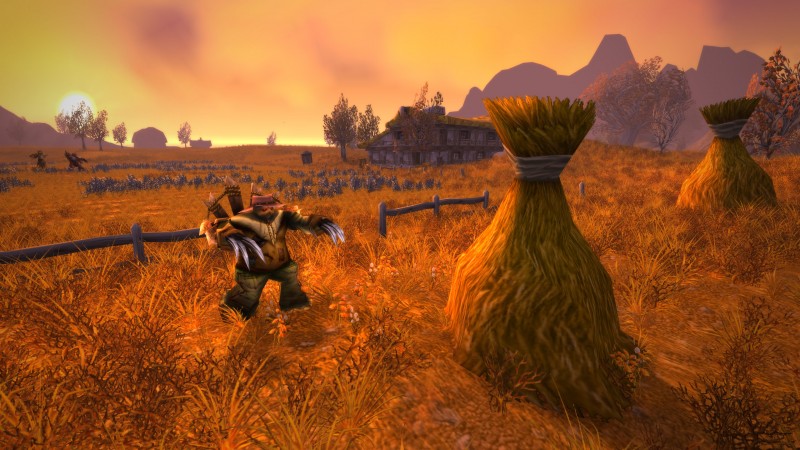 Perhaps the most interesting aspects of WoW Classic are factors that are impossible to even predict right now, and those involve the endgame. While I have no doubt the difficult encounters that challenged me and my brethren for weeks on end have been immaculately solved and that 40 gamers today will have no issue blowing through them with ease (old raid encounters are quite simple compared to the battles today), there’s sure to be loot drama, attendance issues, and all the rest of the curious conundrums we dealt with back in the day. To be sure, I don’t think they’ll be as pervasive as back then - we’re living in a different reality now. I mean, I once had a guild explode due to officer collusion that broke up a marriage and involved an in-guild affair, and then the guild that spawned into also broke down due to a mutiny against an egotistical leader.

Honestly, I think a lot of those issues are in the past (ho ho!) and that we’re in a reality where a guild won’t entirely crumble because an offtank got the first Ashkandi, Greatsword of the Brotherhood (that offtank was me, by the way). For me right now, there’s no doubt Classic is an awesome experience, but perhaps the biggest question is the future. Back when we played vanilla the first time, there was always the promise of things on the horizon, from new dungeons and raids to beyond the Dark Portal into The Burning Crusade. With Classic, once Naxxramas drops, that’s ostensibly the end. In a genre that relies heavily on continued content rolling out forever, will that be enough? Obviously “the dream” for me is if that we might see additional Classic content created specifically to continue that gear-centric, still capped at 60 experience… but who knows. Maybe killing wolves in Duskwood and watching Stitches crunch his way through new players on the road is enough. Any way it turns out, I’m excited to dive into Classic when WoW launches again, for the second time in my life. What a world we live in!