Dead Island 2 will feature six playable survivors right from the jump. You might already be familiar with one, and that's Jacob, the Lenny Kravitz-inspired character featured in the re-reveal trailer for Dead Island 2. During my cover story trip, I played roughly seven hours of Dead Island 2, but I didn't go hands-on with Jacob. I did, however, play a few hours with both Dani and Ryan, two very different survivors that add their own flair to the story of this zomb-pocalypse.

I came out of this cover story trip convinced Dani is the survivor for me, but Ryan is great, too. And there are still the other four survivors I didn't get to play. Nonetheless, I want to tell you about Ryan, and Dambuster Studios does, too (read about Dani here) 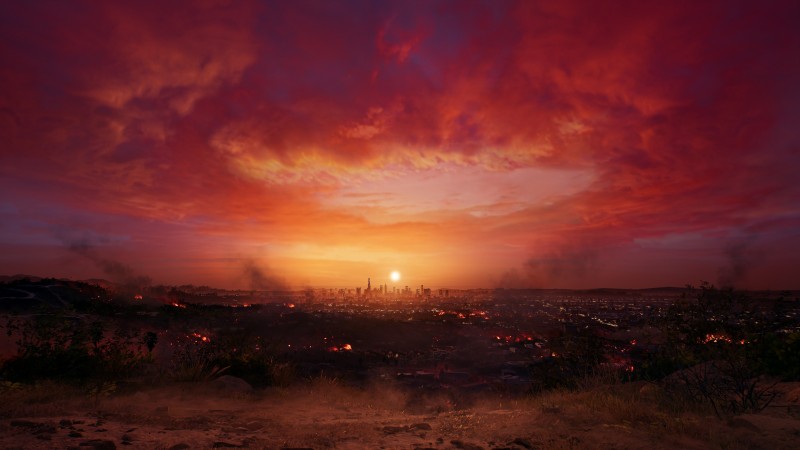 As you might already know, Los Angeles has gone to hell, and both Dani and Ryan in-game and the team at Dambuster Studios lovingly refer to the once beautiful and thriving city as Hell-A. Mind you, Hell-A is still beautiful and thriving, but only to the select few who have chosen to remain behind, like Ryan.

Dead Island 2 begins in the last days of a massive evacuation effort to get non-infected out of LA. It's set roughly a decade after the events of the first Dead Island, and while logic points to Dead Island 2's zombie outbreak virus being the same as the one from Banoi, that isn't necessarily confirmed. The evacuation has been "surprisingly efficient," Dead Island 2 narrative designer Khan tells me. The military has cordoned off the city, leading to the decision to quarantine what remains of LA so the infection can run its course. This is where the island aspect of the game's namesake comes into play, according to the studio; nobody goes in, nobody goes out.

You meet each survivor on one of the last planes leaving LA. Unfortunately for them, though, it turns out someone on board is infected. Protocol results in the military shooting this plane down – can't have any infected leaving the city, after all – and it crash lands into Hell-A. At this point, I took control of my chosen survivor, Ryan, and the game introduced me to its combat and primary antagonists: zombies! It doesn't take long for Ryan to be bit, though, and that's where Dead Island 2's narrative begins: you're infected, but you're not turning, and you need to get this information and your blood to someone who can help.

Now that we know how Ryan's story begins in Dead Island 2, let's talk about why this character thrives in Hell-A. 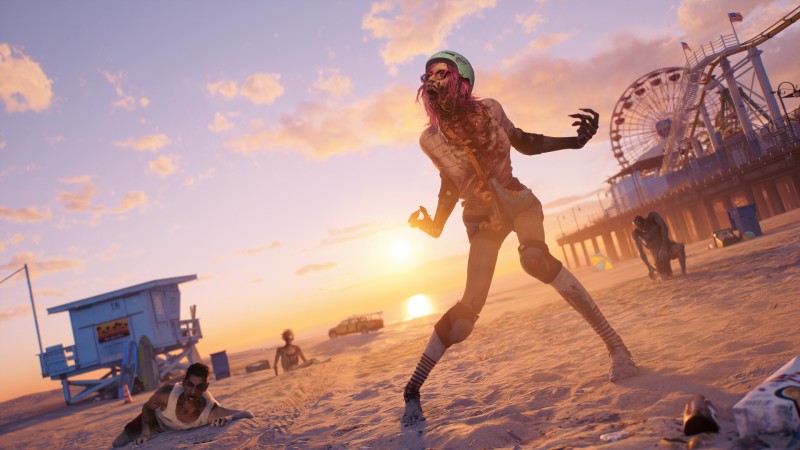 Ryan’s story begins like the rest of the survivors, but I actually began playing as him later in his story during my Dead Island 2 cover story trip. I took Dani through the game’s first four or five hours, ending my playtime with Ryan. As Ryan, I explored the Santa Monica Pier, waltzed my way through its creepy funhouse-like vibes, and faced off against Butcho the Clown, a terrifying clown boss that moves like a spider, uses his sawed-down arm bones as swords, and can regenerate health. It was the stuff of nightmares, truly.

But unlike me, Ryan took all this in stride. He kept it cool, calm, and collected, which was quite different from Dani’s more in-your-face, I-don’t-care-who-you-think-you-are vibe. In talking with Khan, it sounds like this contrast was intentional and something not just applicable to these two survivors, but something players hopefully notice between all the survivors; they’re different people, after all. She also explained to me how Ryan ended up in LA in the first place.

She says he was going from one dead-end job to another, but not necessarily concerned about it. He lost his parents in a “fairly mundane way” during this and was left with a little brother to care for.

“All of a sudden, he’s the breadwinner and the parent, essentially, for this kid who’s a good 10 years younger than him, maybe more, where they live in… Fresno where he’s from” she says. “People always had joked that he was good-looking enough to be a stripper, and he always liked going dancing and that sort of thing. And basically, out of, not desperation exactly but just like, ‘I guess, why not? Let’s try this out. Maybe that’ll work better.’ He started dancing, and turned out he was really good at it, and he liked it, and ended up starting his own little company.”

Ryan’s routine specialty is based around his firefighter outfit, which is fitting given his company’s name: The Big Hose. This job took him to a bachelorette party in LA before everything went down, which is why you control Ryan in his firefighter gear.

“He sort of took that opportunity of, ‘Alright, I’m getting on the last plane out of here somehow, people make way for a man in uniform,’” Khan tells me.

Dani’s goal in Hell-A is to make it out alive and meet back up with her roller derby team for an upcoming match. Ryan’s goal is to survive and reach his brother. Fortunately, his brother isn’t in LA, it seems, nor is he in danger, but given that Ryan is his caretaker, Ryan’s survival in this situation is important.

You can morph your survivor in Dead Island 2 into the kind of character you want to play as in terms of skills, loadout, and more. Each survivor begins with two innate skills that speak to their nature and loosely guide you on a potential path for that character.

Khan says that because Dead Island 2 is a "gameplay first, combat first" game, the characters were sketched out as playable survivors before fully-realized characters. The narrative team got to "reverse-engineer" the survivor personalities as a result. For example, Dani specializes in heavy attacks. Why? That was a question Khan and the narrative team could answer through details that shed light on who Dani is as a person. The same goes for Ryan and the other four playable survivors.

“I like to think of [Ryan] as stubbornness personified,” Khan says. “He will set his heels and block and refuse to budge. He’s a wonderful tanky character if you want to spec him up that way. But he’s also just a really good slow steady Eddy – just a, ‘I will not dodge around and I will not yield.’ What makes someone like that?”

Khan says the team initially designed Ryan as the stock hero with a “classic jaw, good looking guy” type of design we’ve seen in countlessvideo games before. But Dambuster Studios wanted to turn that on its head. It started by putting him in a firefighter outfit.

“Can we make it for a fun reason?” Khan says the team asked after putting Ryan in a firefighter get up. “Don’t get me wrong, love firefighters, no disrespect to them whatsoever, but you know, [sex worker with a firefighter routine] is something we haven’t maybe seen. We also needed someone who, even if they were treated as an authority figure by NPCs or by people who met them, would not react that way because that’s not actually what he is. We needed that kind of distance and that kind of awkwardness.

“When it comes to the way he plays, again, he’s sort of bullish…he’s fed up, he is sarcastic and pessimistic and he is just done with all of this, almost from the moment it starts. He’s just like, ‘Oh my god, this is just my luck.’”

Khan says that was intentionally reverse-engineered from the way he plays.

“He’s just like, ‘f--- all of this, [but] I’m getting through it somehow,’” Khan continues. “And, ‘I’m going to observe and be annoyed at the things that go wrong and be sort of amused and bemused by the things that go right, but I’m not going to expect things to go right.’ That comes out in his playstyle.’”

Is Ryan the Dead Island 2 survivor for you? Let us know in the comments below! 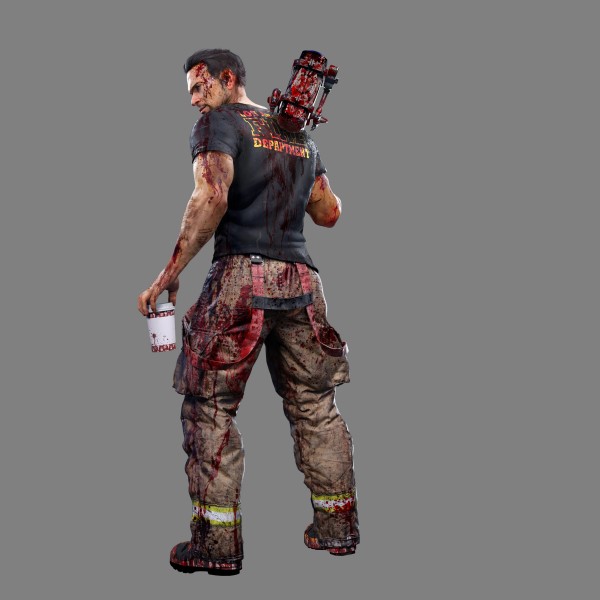 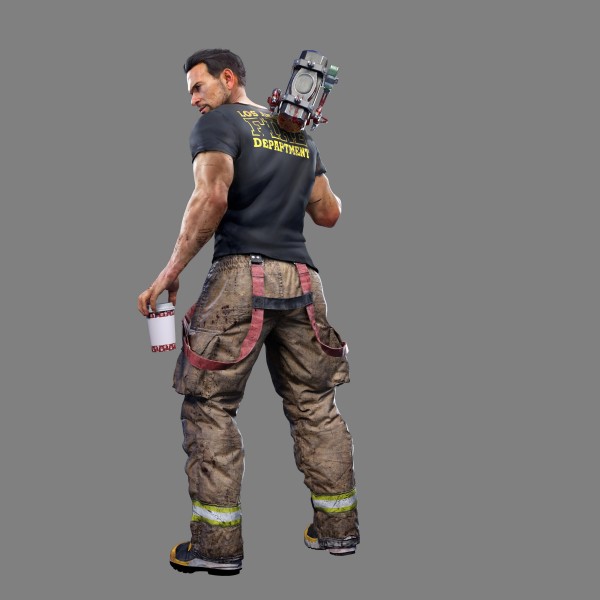 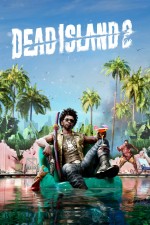