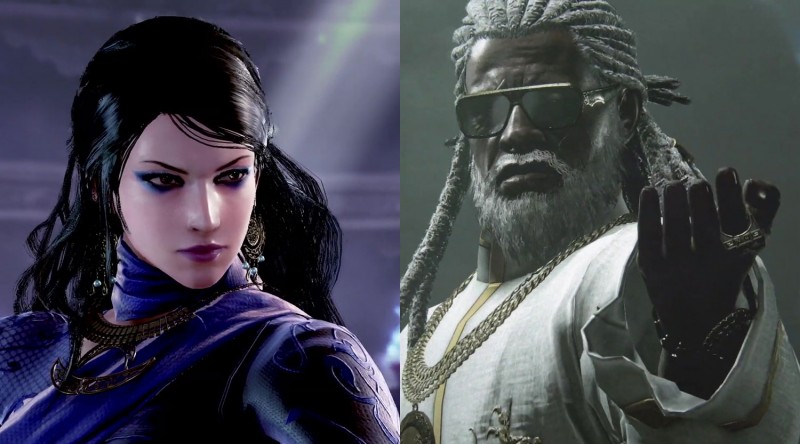 Zafina (left) is a returning character from Egypt who appeared in Tekken 6 and Tekken Tag Tournament 2. Leroy is a completely original character.

Along with new characters, all other characters will receive new moves, there will be new stats displays, updated U.I., and expanded practice functionality among other updates. Two additional characters are also planned (one of which might be Solid Snake), as well as a new feature, and a new stage.

The new season kicks off in September of this year.