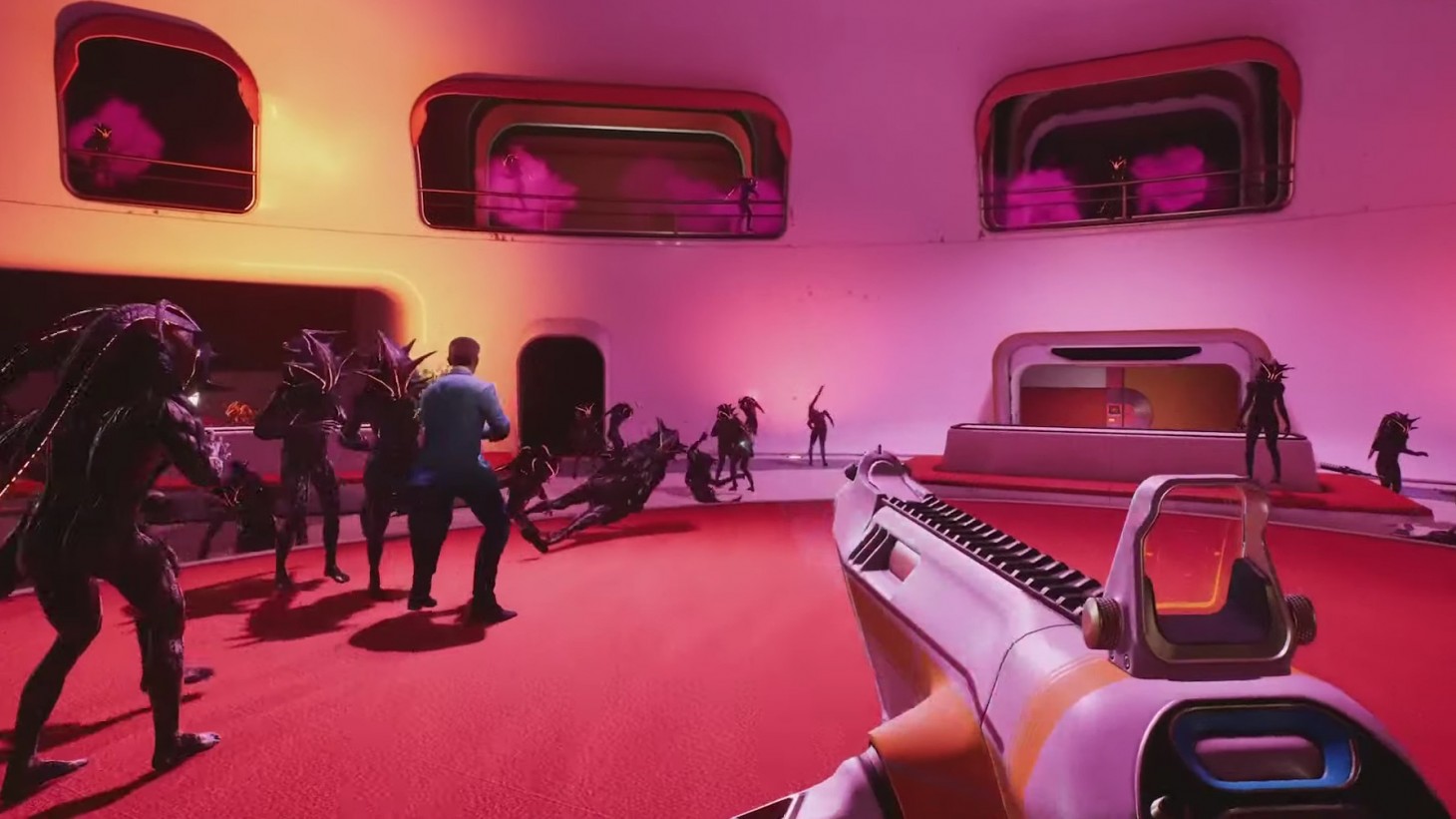 If you’re a fan of horde mode FPS games in eerie sci-fi settings, then The Anacrusis is likely for you. Set aboard an abandoned space cruiser, four friends can team up to mow down sprinting armies of tentacled aliens while utilizing various perks and weapons to stay alive. Based on the brief gameplay footage shown, the lighthearted color palette and humorous banter between the four protagonists serve as a healthy juxtaposition to the moment-to-moment tension and firefights.

The “AI Driver” is a dungeon master of sorts that controls enemy, boss, and item spawners. According to the official website for The Anacrusis video game, “No matter your skill level, you'll find the perfect level of challenge. More than that, the AI Driver creates the kinds of video game moments that you can’t wait to tell your friends about."

You can use perks located throughout the expansive arena to amplify the stopping power of weapons or increase your own base stats (boosting your defense might prove to be a smart decision, especially for newer players!). Different gear has unique effects - from scorching laser rifles to shield grenades to Respawners that’ll keep your team alive and healthy for each battle.

The various sectors of the cruiser that you’ll be navigating include a disco room, narrow passageways dedicated to storage, and scenic gardens (among many other locations). You’ll play as four unlikely heroes in the “first season” of The Anacrusis: Nessa, Guion, Liu, and Lance. The more you play, the more story beats you’ll unlock. Moreover, Stray Bombay, the development team behind the title, promise that community mods will be available at launch and that there are plans to include future fan-made mods post-release.

The Anacrusis drops on Xbox Series X/S, Xbox One, and PC. 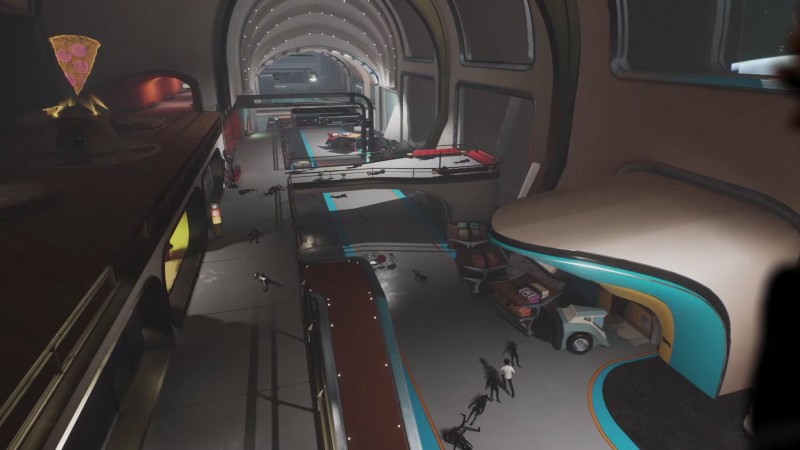 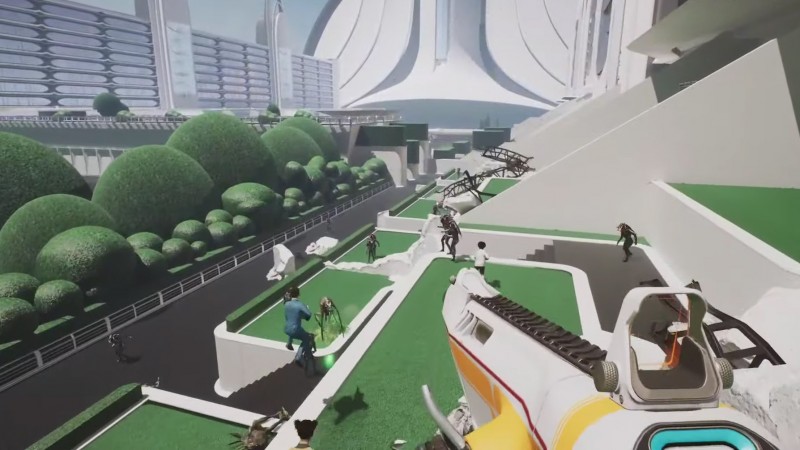 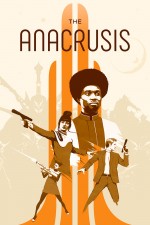