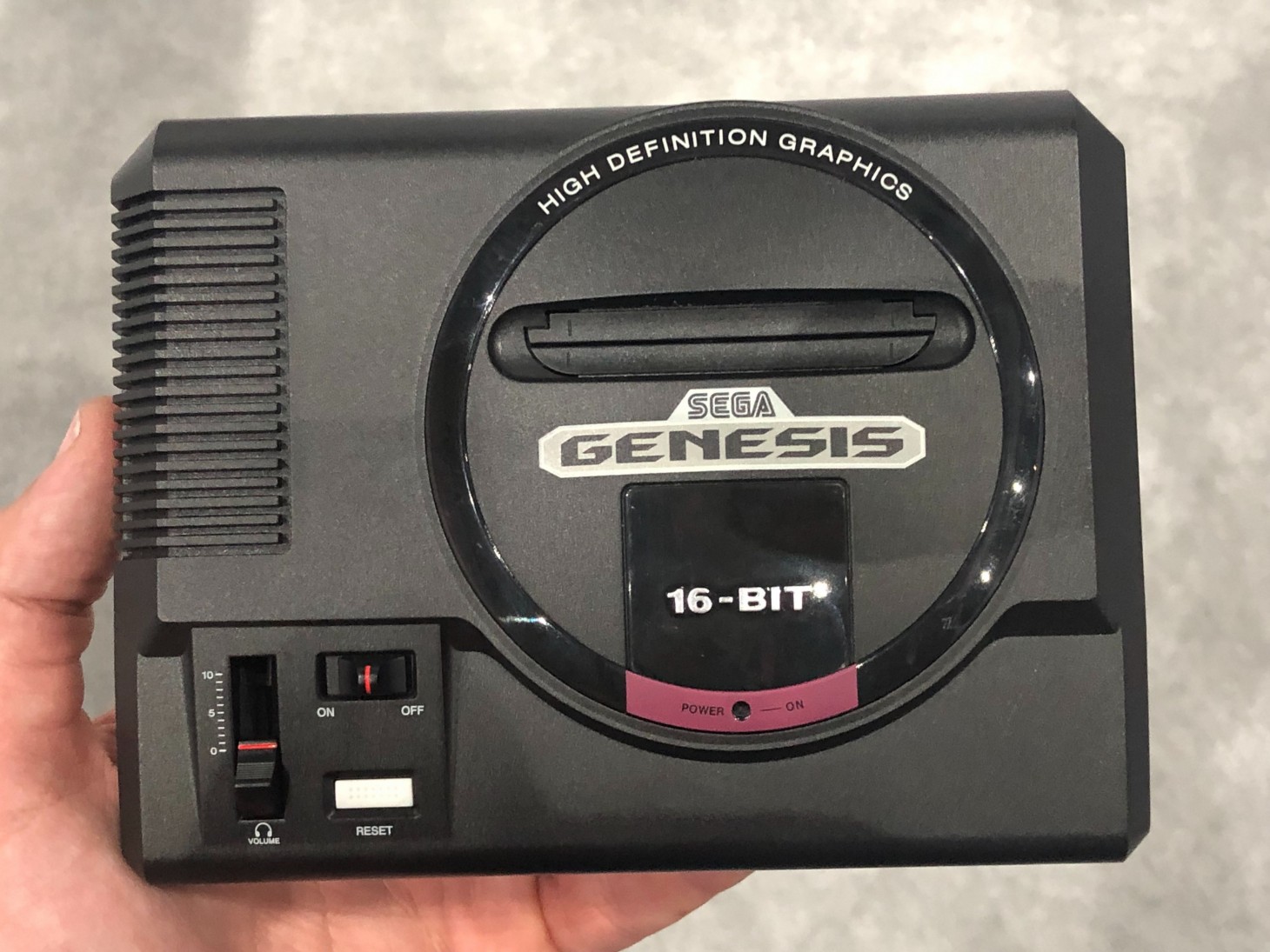 While Nintendo has released two well-made miniature consoles to celebrate its NES and SNES libraries, its former rival Sega has faltered. Opting for a hands-off approach, Sega-licensed third-party Genesis mini consoles have consisted of mediocre-to-bad quality. However, with the new Genesis Mini console, Sega is working closer on the development, and based on what I played at E3, the quality jump is noticeable.

In addition to being a faithful replica of the original Genesis, the Genesis Mini is able to precisely emulate its entire library of 40 games. This is thanks to the project being created by M2, a developer with its history in emulation, including bringing many classic Genesis titles to Switch in the form of the excellent Sega Ages line.

The difference in quality is immediately evident, as I fire up titles like Sonic the Hedgehog 2, Ecco the Dolphin, and Vectorman. The colors look fantastic in every game I tried. While pixel perfection is certainly the mission here, you can experiment a little with how the games look through adding a CRT filter, or stretching to fit a modern widescreen TV. 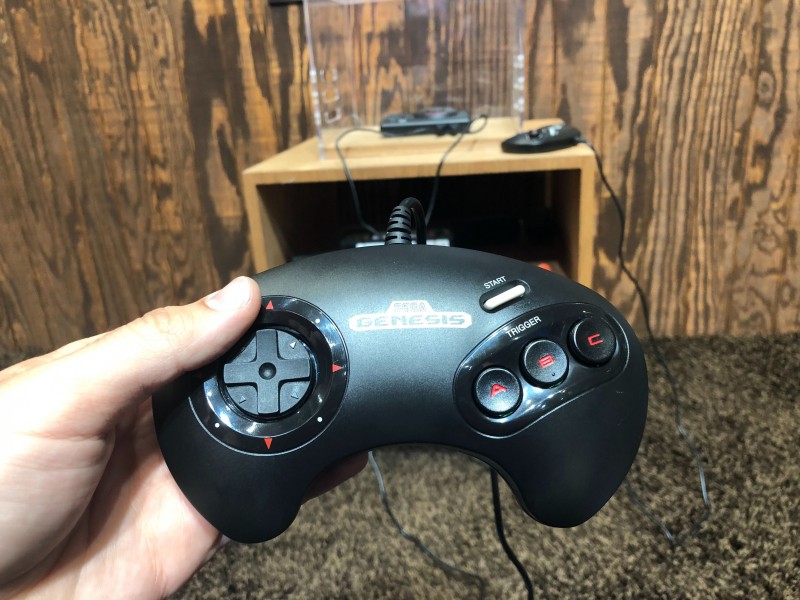 Most importantly, the gameplay feels spot on. Running through Emerald Hill Zone in Sonic 2 feels just how I remember it when I first fired up my childhood Genesis in 1992, and swimming around in Ecco the Dolphin is smooth and fluid. For games you could never get through as a kid, such as something like Contra: Hard Corps, you have a bit more help this time around, as the Genesis Mini offers save state slots for each game.

In case you missed the complete lineup announcement, the Sega Genesis Mini includes 40 classic games, as well as 2 bonus titles. Sega tells me the goal was to hit the Genesis lineup from as many different angles as possible. Part of that is including two rare games: Darius, and Sega's version of Tetris, which were ported specifically for the Genesis Mini. The other was including titles from many franchises and genres, including iconic titles and lesser-known favorites. You can see the full list of included games below.

With such a massive library of games, being able to sort the way you want is important. Thankfully, you can sort alphabetically, by release date, or by number of players. While custom sorting isn't an option, it is great to be able to arrange the tiles in the manner you want, and it's helpful to immediately pick out the multiplayer titles. As a fun fact, no matter what sorting option you choose, Alex Kidd in the Enchanted Castle is always listed first. 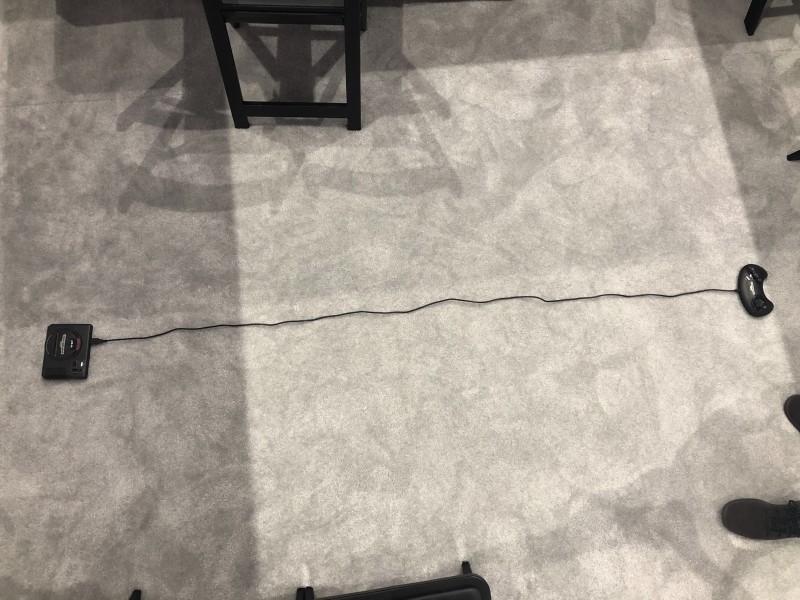 The controller cable is longer than the cables on the NES and SNES Mini.

The two biggest criticisms of Nintendo's Classic consoles is that they don't take into account player comfort. Short cables make it difficult to play the NES and SNES Classics from the couch, and if you want to reset the game or go back to the main menu, you need to actually stand up and use the buttons on the console itself. The Genesis Mini addresses these complaints by not only giving players a cable that should be long enough for many living rooms, but also the ability to reset using the controller.

As someone who owned and obsessed over both the SNES and Genesis as a kid, I can't wait to add a Genesis Mini that's worthy of sitting next to the SNES Classic to my TV stand. If my hands-on time with the Genesis Mini is any indication, I'll have that opportunity when this releases on September 19 for $79.99.

Check out how the Genesis Mini physically stacks up to an actual Genesis in the gallery below. 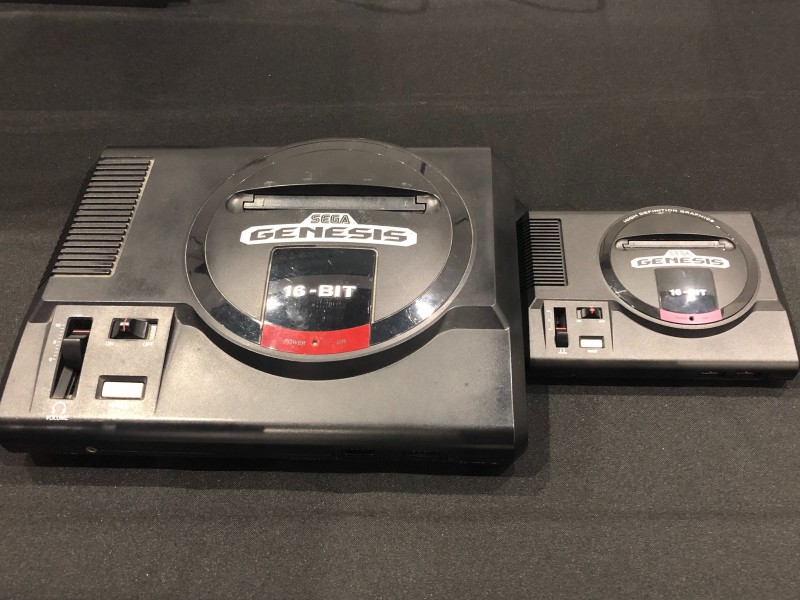 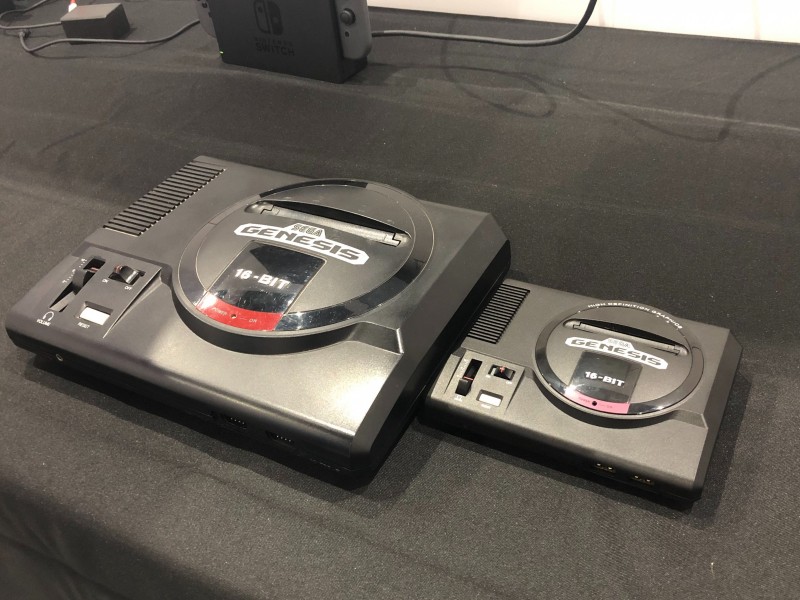 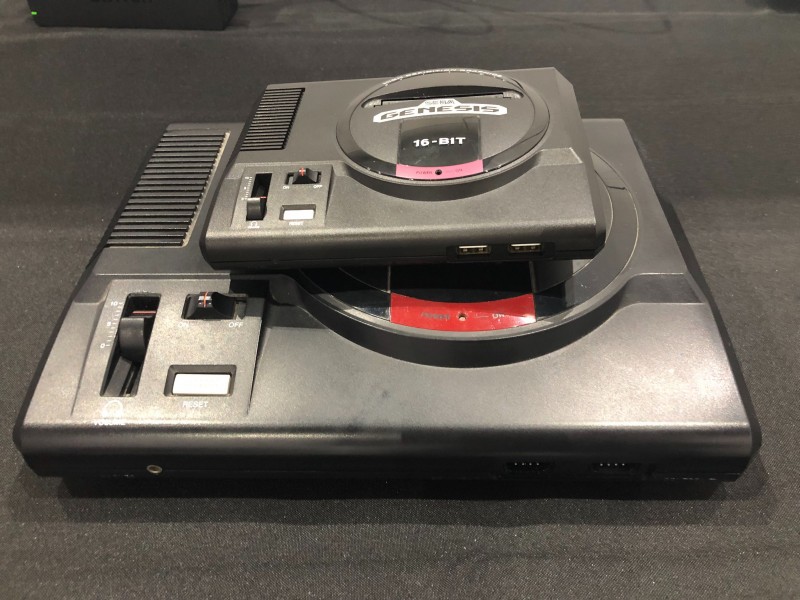 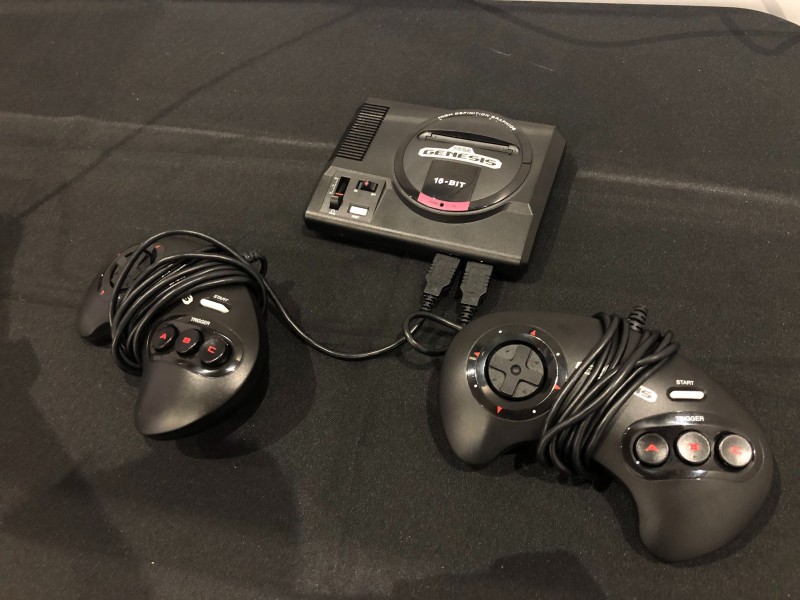