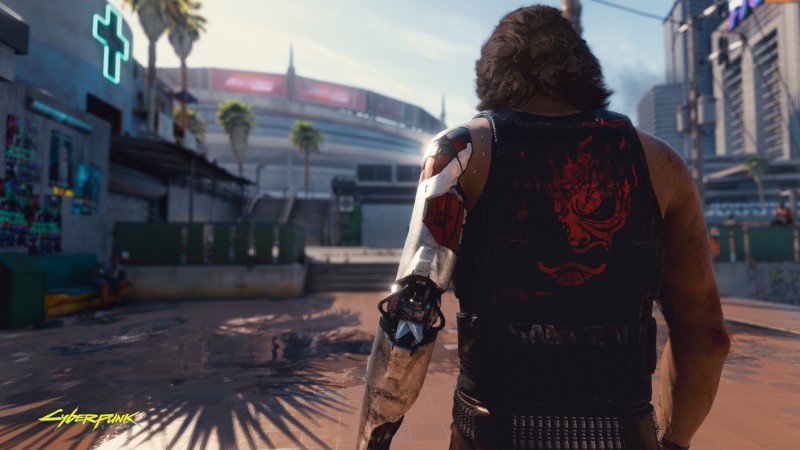 CD Projekt Red has always built rich settings, but The Witcher 3 really tested its skills in term of scope and ambition. Thankfully, the team knocked it out of the park. For its next game, CD Projekt is once again challenging itself with what it can do in terms of scope and variety in both setting and gameplay. Today at E3, we chatted with quest director Mateusz Tomaszkiewicz to learn more about the size of the game.

Previously, CD Projekt Red confirmed Cyberpunk 2077 would have six districts, but the information was light on specifics. Today, Tomaszkiewicz shed more light on the sheer amount of things and people you'll encounter in them, and it's much more plentiful than we anticipated.

"We have the six [main] districts, which also have [sub-districts]. We have the Badlands, which is the area surrounding the city, the outskirts. The city itself is pretty big, but it also has levels. Because there are missions that will lead you to a specific building, and these can be pretty high, multiple levels and so on."

Tomaszkiewicz also talked about the various people and groups you encounter while playing.  The city is divided between different gangs and corporations, with different ones taking charge. Each of the districts have their own ruling gang. For example, in the demo we saw, which took place in Pacifica, the Voodoo Boys were in charge. However, head into downtown and the corporations "keep people in check strictly with their security forces." No one corporation owns an entire area, though. "They are in this kind of situation where they are bidding for power with each other, but they operate to keep the whole system in balance."

They're not the only ones you'll encounter, as The Badlands have a faction of nomads. "These are people who live on the road most of the time, so they travel between the states and see the wastes, and sometimes they stop for a longer time near specific cities," Tomaszkiewicz says. The Nomads also have a rivaling gang, which is basically all the outcasts of the Nomad factions – think bandits. These factions also interact with each other within the game, and don't forget you also will brush shoulders with your share of different corporations.

"The game itself is pretty big, I would say," Tomaszkiewicz says. "It's hard to tell right now how long it takes to traverse because we are still in development. But I would say the game is pretty substantial. If you enjoy big open worlds, this is a game for you." Tomaszkiewicz also confirmed many side quests and random events happen within the world, but that was pretty much a given.

For more on Cyberpunk 2077, check out the new screenshot gallery from E3 2019, and learn more about Keanu Reeves' role in the game.