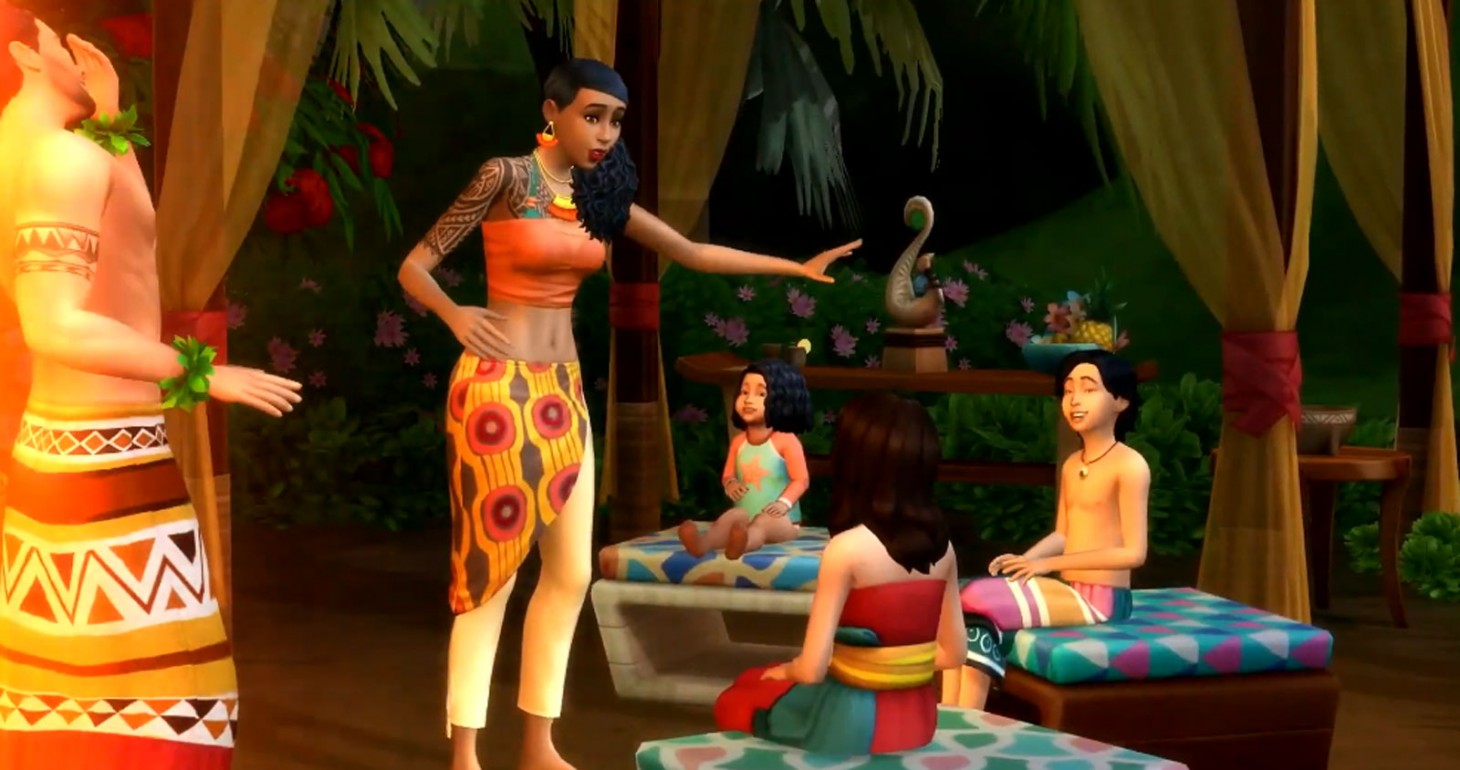 The Sims 4 EA Conference Announcements Include Mermaids And Magic

Island living comes with new additions to pretty much every category you can think of in The Sims 4: jobs, wildlife, build mode, fashion from head to toe, hobbies, behaviors, party themes, and even mythical creature options in character creation. That's right. Mermaids are coming to The Sims 4 and just like Vampires, they have powers.

New careers and odd jobs that are coming include conservationalist, which has your sim do what they can to help the environment, keep it beautiful, and make it even better. This is an introduction to more role-playing elements being added to the game. Depending on what you have your sim do, the environment will change along with the choices. The new odd jobs include lifeguard and dive instructor, and fishing will be more profitable with new exotic fish in the expansion.

For interior design and building fanatics, the developers say to expect Polynesian-themed additions to help you create the tropical home of your dreams. The location allows you to either live on the coast, where you can dive right off your home's deck into the sea, up in the hills for more laid-back times, or even near a volcano for the risk-taking simmers.

Sims now have free play in the ocean as well! You can ride on aquazips (the game's version of jet skis), float around, and even dive with marine wildlife. Not only will the wildlife be swimming around your sim, interactions and relationships are now an option. Especially with mermaid gameplay, you can find that making friends with the local dolphins works in your favor.

A few additional announcements included a new game pack that is going to be called Realm of Magic. Other than the name there was no further information, but due to past magic-themed Sims games, it is easy to guess what is included.

Another smaller announcement was the new Moschino stuff pack that will include fan-inspired fashion as well as a new career, fashion photographer. And they are doing their part for pride month by adding new pride-inspired clothes as well as gender-neutral bathrooms. The pride update will be coming June 18, while the others will come around this fall. As for the Island Living expansion, it's coming June 21.