The name Darksiders Genesis was leaked earlier this week, but today a trailer officially announced the game and developer Airship Syndicate, which was co-founded by original Darksiders artist Joe Madureira, is the studio behind it. We had a chance to visit the studio and play with Strife recently and you can read our exclusive hands-on impressions right here.

The trailer shows gameplay reminiscent of Diablo and shows both War and Strife working together to take on waves of enemies.

You can check out the trailer above. The game is coming to Xbox One, PlayStation 4, Switch, PC, and Google Stadia. 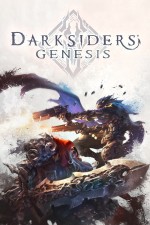