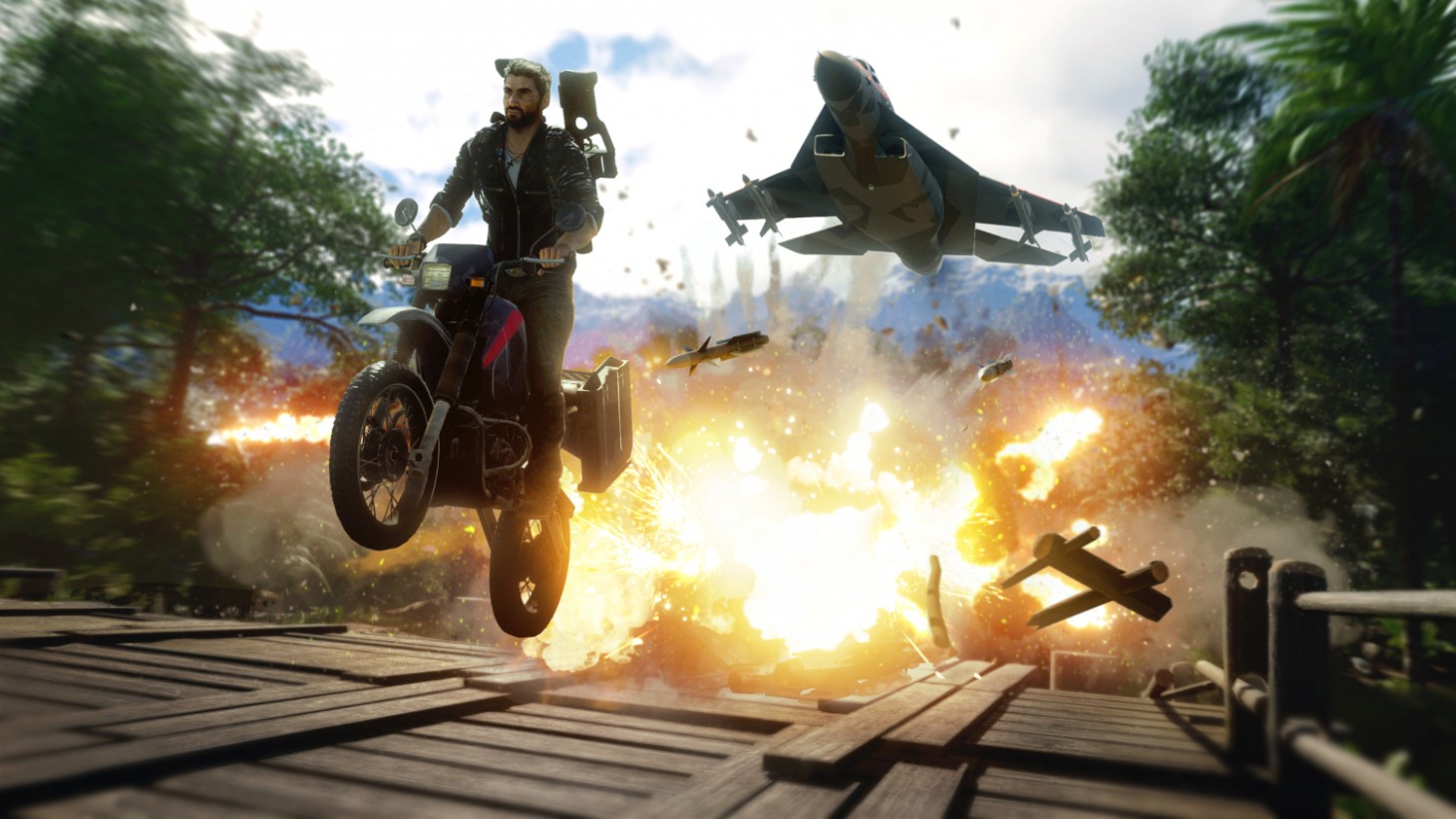 What We Loved From The Stupid E3 Demo

Avalanche Studios has been delighting E3 ongoers all week with an action-packed demo of Just Cause 4, and if you’re looking for a traditional preview of what they showed, Javy has you covered. However, he’s not the only one who saw the tools of destruction that Rico Rodriguez is packing this time around. Jeff Cork and Jeff Marchiafava also sat in on the demo, with a laser focus on the kind of stupid fun in-game pranksters can look forward to. Rather than keep their ruminations to themselves, they decided to memorialize their thoughts about Just Cause 4 in a text conversation, which you can conveniently view below. You’re welcome!

Jeff M: Conspiracy theorists rejoice – the government really is controlling the weather! I think the biggest surprise for me was that apparently Avalanche can read my mind and decided to tailor-make Just Cause 4 into exactly what I want from the series – a big dumb playground for me to mess with NPCs in ridiculous ways.

Jeff C: Sure, you could shoot them with your guns, but that’s amateur-hour stuff. During the demo, we got to see all kinds of wacky nonsense. I think they know their audience perfectly; rather than focus on the various socioeconomic conditions that have led to the downfall of this region, we got to see a lengthy masterclass about how physics can be fun. Rico’s repertoire has been enhanced with an upgraded grappler, allowing for even more mayhem. We all had fun using boosters to rocket people, cars, and other things away, but Just Cause 4 puts it on a completely different level. We saw it in action as the demoer methodically shot booster after booster at a crane and cargo container and stuck them together with a tether. Moments later, the contraption sprung to life, whirling around like an out-of-control wrecking ball and ruining everything within its radius.

Jeff M: Yeah, I was delightfully surprised to see that you can customize a bunch of characteristics for how your grappler functions, seemingly for the express purpose of causing goofy shenanigans. Some of the options don’t even make sense in any logical circumstance – why would you ever need a tether that continually contracts and expands between to objects? That only makes sense when you’re trying to do something stupid, and I love that they give players the option. Should we talk about the damn balloons now?

Jeff C: Rico can fire off balloons now, which inflate and – you’re not going to believe this – lift whatever they’re attached to into the air. “Whatever” probably includes what you’re thinking about already. You want to pretend you’re a cutrate Snake and whisk people away with your phony Fulton? They won’t be added to your roster, but your victims will float away. Close enough? You can also put them on the corners of the top of a storage container and create a floating mobile platform – one that, when combined with boosters, can fly you around until it probably slams into a mountain or spirals out of control. You can also equip a mod that lets the balloons follow you around, so you can have a conga line of red barrels above you. Why? I don’t know. Maybe drop them and they’ll explode on your enemies? Asking “Why?” seems fairly fruitless, as you said. 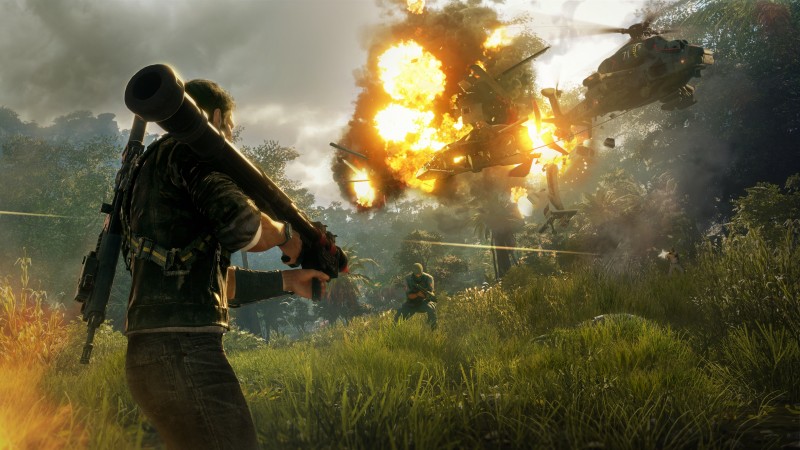 Jeff M: Yeah, unlike the Fulton, there really isn’t a point to it beyond “more physics-based fun,” and that’s good enough for me! I’m really looking forward to diving into the grappler customization and seeing what hilarious combinations you can come up with. The biggest news, however, might be that Avalanche even figured out a way to make the weather fun! Apparently the entire island has simulated wind patterns, which make getting around with Rico’s windsuit a little easier – though I doubt it will stop me from smashing into the sides of mountains. Avalanche said Just Cause 4 simulated a number of weather conditions as well, but the one they were showing off was the aforementioned tornadoes.

Jeff C: They seem to spin real good. During the demo, we saw one tear through an enemy outpost, where it tore up nearly everything in its path – including the red chaos objects, which ordinarily reward Rico with points for destroying them. Guess what? You still get credit for blowing up those generators, gas tanks, and towers, even if the tornado is technically doing all the work for you. He’s not lazy, he’s enterprising! Those chaos objects have a little more utility this time around, beyond blowing up nicely when shot at. For instance, you can put balloons on a gas tank, blow out the back of it, and watch as the resulting jet flame propels the tank away like a missile toward some enemy fighters. And then, of course, it explodes because it’s still Just Cause.

Jeff M: It is indeed more Just Cause, which is exactly what I wanted from the series in the first place. The new island seems massive and varied, the destruction physics have been kicked up a notch, and everything is gorgeous. I think the real fun is going to be experimenting – Rico has a new box of toys, and I look forward to playing with them!