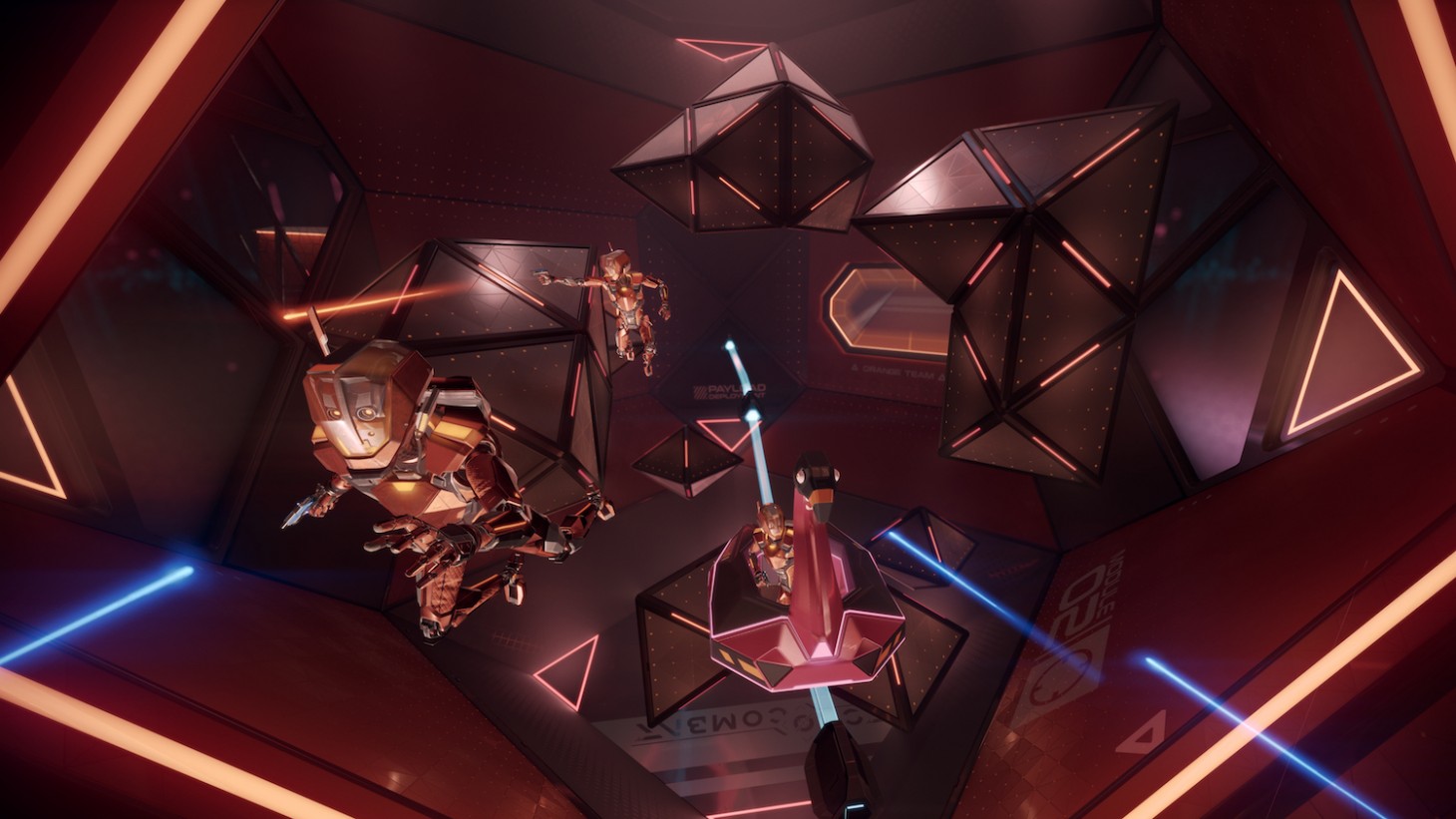 VR does not have a huge presence at E3. Facebook and Oculus have a spot on the floor, and there are a few PlayStation VR titles in the PlayStation booth, but otherwise E3 is focused on non-virtual reality experiences. That won't stop us from writing about them, though! 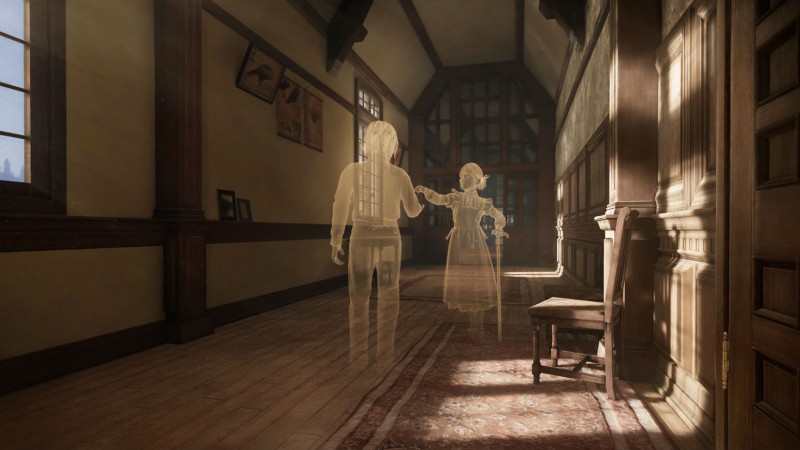 Dark Souls series director Hidetaka Miyazaki is taking a bit of a break from creating brutal, oppressive worlds that frustrate as much as they fascinate to bring us something a bit lighter. Taking on the role of a magical faerie, your goal in Déraciné is to convince humans that you're real. You do this by manipulating the world around you in a few ways, including snatching vials and keys from children who swear they just had these objects in their pocket and mixing them into a stew to make them bitter.

You also have a couple of more mystical powers at your disposal: you can "steal" time from certain objects and give them to others. In my demo, I was able to restore a wilted flower by grabbing a batch of grapes and sucking the time out of them, which spoiled them in the process. Your goal is also to move forward in time by using a magical time ring, and your objective is to restore its power every level.

Exploring this old-timey house by warping between interactive locations was intriguing, and I had to look under tables and high up in trees to progress. This may not be the harsh, fast-paced action we've come to expect from From Software, but the striking art direction and time-bending storyline could prove to be something unique. - Suriel Vazquez 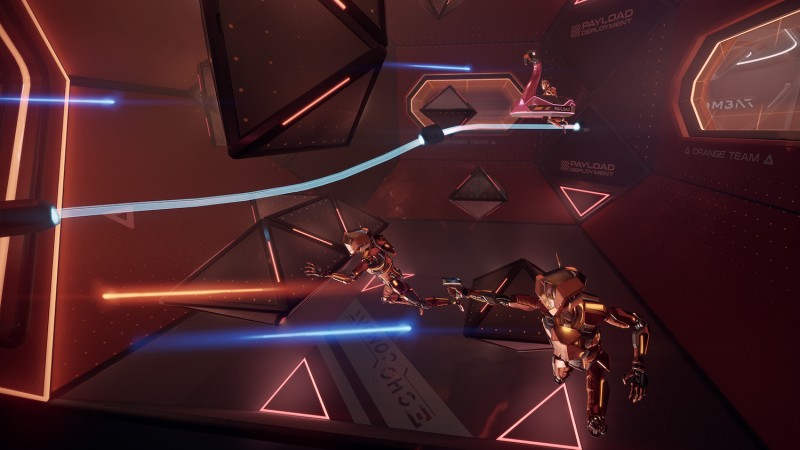 Echo Combat is not a sequel, but it does take place in a universe that has already been established by developer Ready at Dawn. Lone Echo released around this time last year and tells the story of a robot (controlled by the player) on a space station with one human crew member as they try to investigate a mysterious phenomenon. That game was bundled with Echo Arena, which was a sports game that used some of the gameplay mechanics from Lone Echo, but in a competitive setting. Echo Combat is the next step for Ready at Dawn's "Echo" universe with players shooting each other in zero-g while trying to complete objectives.

The mechanic shared by all of these games is how the player moves through the environment. There is no gravity, so to move you must pull yourself along the walls, or by using jet boosters on your wrists. Being in control of your movement this way helps tremendously with the issue that plagues other VR games where moving along the ground using a control stick is disorienting. Pushing yourself off a wall to float to your objective and using the jet boosters on your wrist helps to give that extra little nudge you need feels great.

In our match, we were trying to prevent the other team from delivering a slow-moving payload. My favorite moments were when fights would break out and I would grab onto cover with my left hand, extend my left arm to peak out of cover, and fire off my gun with my right hand. It's some of the most fun I've had with a multiplayer VR shooter. Also, Soulja Boy was in my game randomly and I killed him at least twice. - Kyle Hilliard 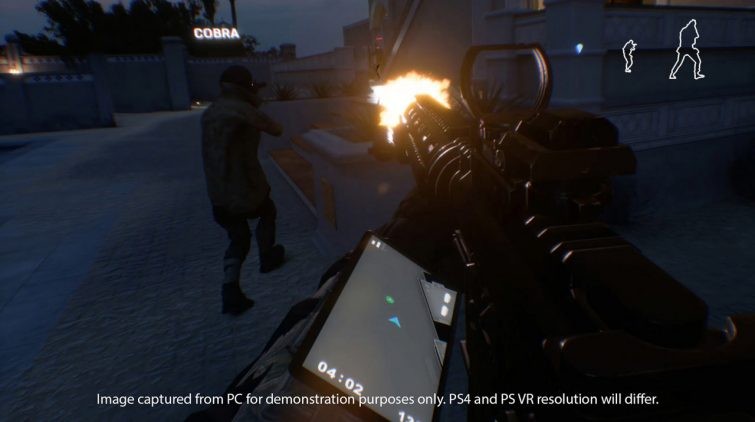 A team-based tactical shooter, Firewall: Zero Hour looks to deliver a Rainbow Six: Siege-like experience to virtual-reality players. Players squad up with a team of four and assault an object while an opposing team of four defends it. In the case of my matches, attackers were trying to force their way into a control room.

Players choose from a stable of characters, each with their own abilities. One character has an extra frag grenade, while the other has slightly more health. I opted for a character with improved movement speed. Once you have your character, you choose your loadout and are dropped into the game.

Matches are tense, tactical affairs, as you're hardly a bullet sponge and you only have one life per match; my time in the first match ended fast after an opponent got the drop on me. Once you die, you can jump from camera to camera to help call out enemy locations to your remaining teammates. Aiming using the PlayStation VR Aim rifle peripheral takes some getting used to, but it's cool getting to look down the scopes of your weapon in VR.

While I didn't have nearly enough time to learn the best strategies of attack, I enjoyed what I played of Firewall: Zero Hour. If First Contact Entertainment can replicate the intensity of Siege over the long term, Firewall could be an awesome multiplayer experience for PSVR owners. – Brian Shea 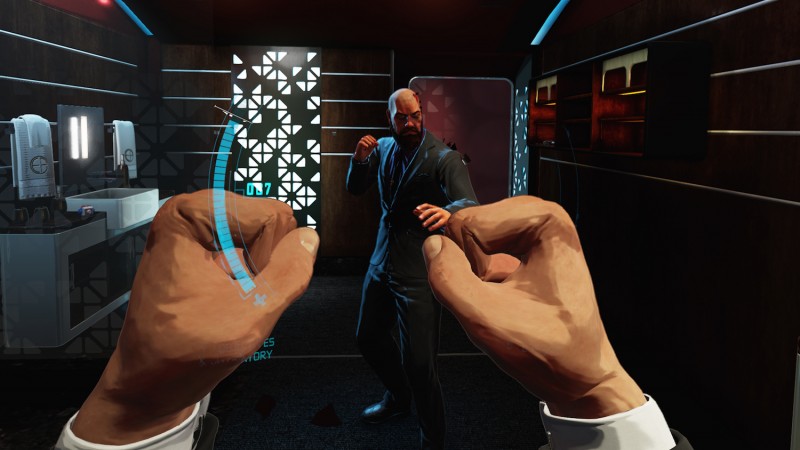 Defector comes from the minds behind funny games like 'Splosion Man and Lococycle, but Defector plays it straight. You are a secret agent in Defector, and my demo began with sorting out my gear. I placed a communicator in my ear, and put a special contact lens in my eye that activated U.I., and as I would learn later, a special vision that helps me look for objectives. You move through the environment by pushing forward on the control stick, which is not ideal for VR games, but it worked fine. Before getting a gun in my hand, I had to have a conversation with the bad guy and there were numerous dialogue options that lead to different outcomes. Our conversation ended with a woman, who I assumed was his girlfriend, revealing her true identity as my partner, and the pilots of plane we were on (did I mention we were on an airplane?) getting knocked out with some kind of noxious gas.

After conversing with my partner about what to do, we strapped on some parachutes to jump from the plane with the dead pilots to another that was flying in tandem. Usually, in VR, this sequence would fade to black to avoid all potential motion sickness, but that's not what happened here. I got to experience the full jump, and had to grab onto the other plane as I flew by. After climbing into the plane by grabbing a series of handholds, my partner and I shot a few dudes, and then it was time to take on the nearby jets. We opened the door, and I preceded to shoot jet-planes out the sky with a very, very powerful gun. It was an intense experience, and I was impressed that it let me see all the crazy parts without fading to black. – Kyle Hilliard 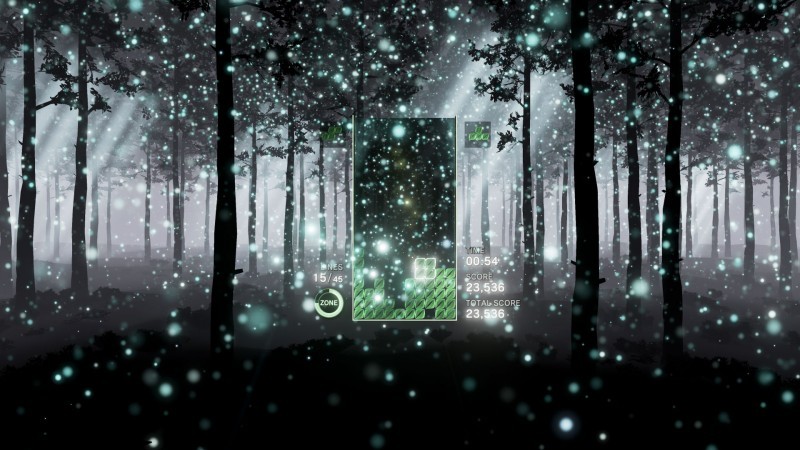 Suriel Vazquez wrote a big preview of his experience with Tetris Effect right here. Here's what he wrote about the VR specifically: 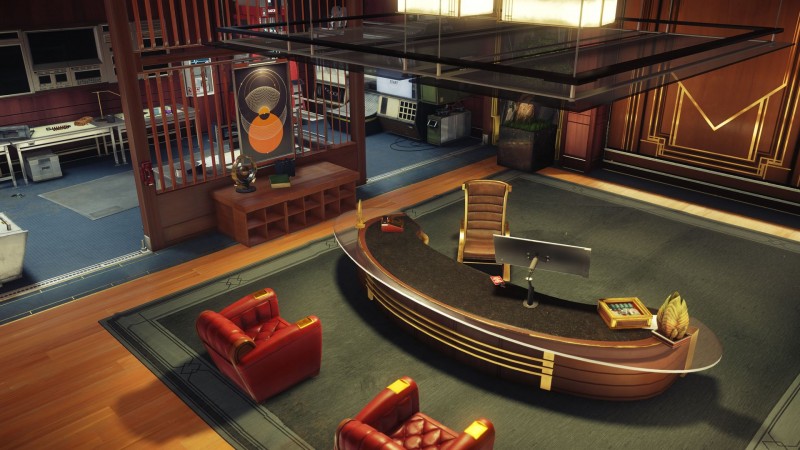 Bethesda announced two Prey-centric VR experiences at its showcase, the multiplayer-focused Typhon Hunter as well as the quasi escape-room TranStar VR. We tried out the latter at the Bethesda booth.

The demo took place in Morgan Yu's office aboard the Talos-1 space station. Looking around the environment, you must piece together how to get a machine working by gathering objects and using the recycler and fabricator to build the parts you need. With no threat to worry about, you're free to walk around the office perusing items. You can only carry two objects at once, which makes transporting materials from the recycler to the fabricator a chore. Eventually, you get a looking glass that exposes all the Typhon energy hovering in the office's atmosphere. Once you collect data you can use it to activate the device, which causes the several Mimics to appear.

The puzzle was fine, but the best part of the demo was being able to inhabit one of Arkane's meticulously created worlds. We're not sure if this is a one-off escape room or if they have designs to make more, stay tuned. – Matt Bertz

Bethesda continues to conduct VR experiments with its storied franchises, the latest being Wolfenstein. Cyberpilot takes place in an alternate reality 1980s Paris, where the Nazis are still holding strong. You play the role of a hacker who infiltrates the Nazi network and takes control of a fire-breathing Panzerhund, the mechanical war dog that gave BJ fits in the last two games. The developer recommends you play the game sitting down to mimic being in the cockpit of this fearsome war machine.

The eight-minute demo gave me just enough time to familiarize myself with the Vive controls and serve up some flame-broiled Germans. The control scheme is unique but easy to get the hang of, with the left touchpad controlling speed and the right controlling direction. Holding the trigger releases a steady stream of flames, and you also have a ram ability to charge forward and send the Nazis flying. You can even ram environmental objects like broken down Volkwagens to send them flying into your enemies.

We're not sure how many other war machines you will take control of in this game, or how long it will be. Bethesda plans to reveal more plans as we move closer to the 2019 release window. – Matt Bertz 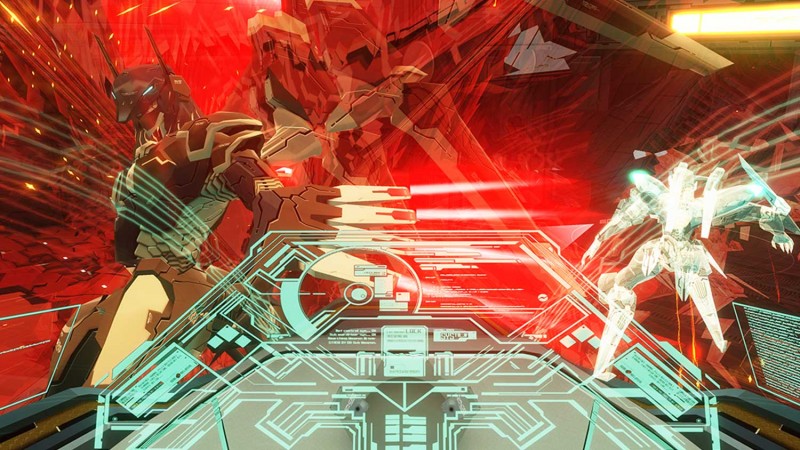 The thing that strikes me about the VR for The 2nd Runner is how well it blends the VR experience with the traditional Zone of the Enders gameplay. Blasting salvos out to groups of enemies at a distance and close-quarters melee strikes are quickly performed without disorientation, as is switching between different targets. Although moving through the world and during combat is a mix of some auto-movement and moving up and down through the triangle and X buttons, the game does well in getting you to the heart of the action in your Jehuty with minimal fuss.

Complete the game and you can experience the story sans gameplay in VR, including the extensive anime and VR cutscenes blended together. – Matthew Kato