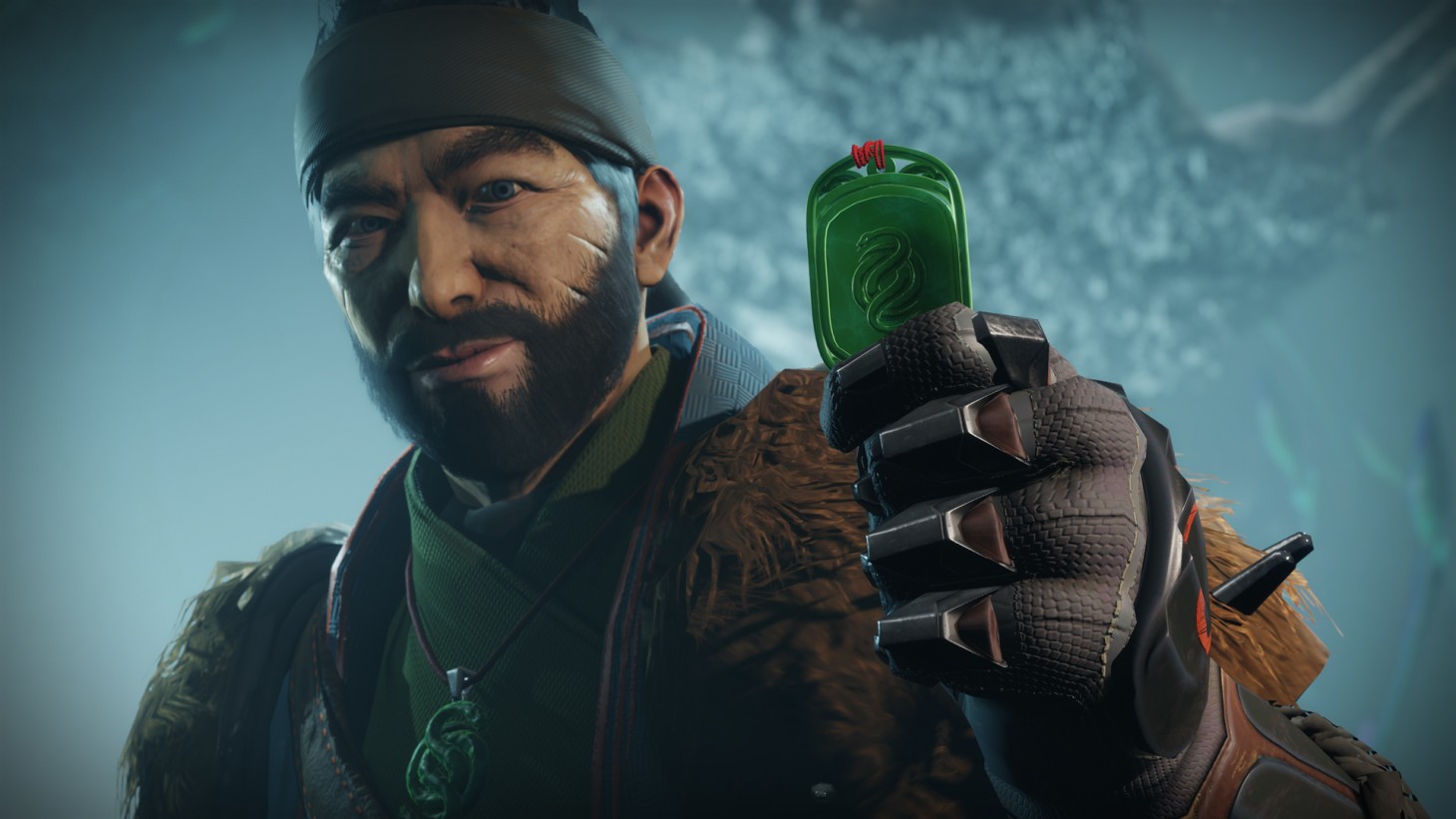 Even after two minor expansions in Curse of Osiris and Warmind, fans have a number of crucial issues they continue to harp on: A lack of engaging endgame activities prevent Destiny 2 from becoming the hobby Bungie wants it to be. Classes feel simplified compared to their iterations in the original Destiny. The weapon system can often feel limiting even as it lets players adapt to encounters on the fly. The changes made in Destiny 2 may have guided players toward more “optimal” play, but they sapped some of the chaotic fun of the original, however imbalanced it may have been.

I recently had the chance to test Bungie’s first salvo of solutions addressing these problems by playing the newly-announced Gambit mode, and while I don’t think this “competitive co-op” mode alone can sooth Destiny 2’s issues, tinkering with some of the changes on display in the current build of Forsaken offers a promising glimpse of what Year 2 of Destiny 2 could bring. 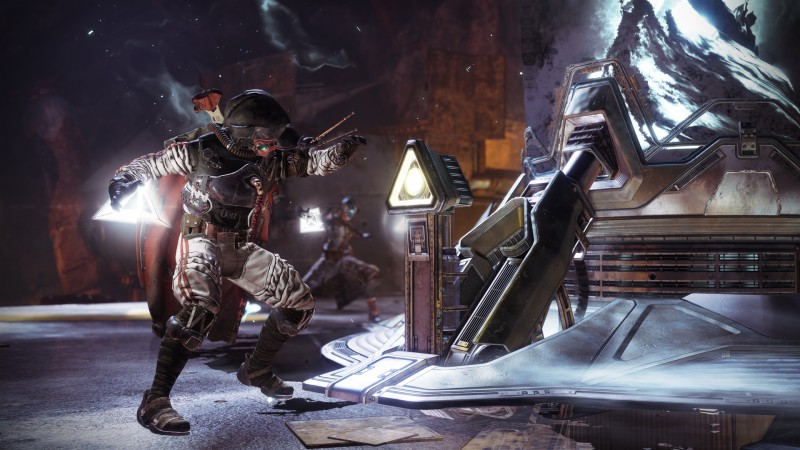 A Lucrative Gambit
Bungie describes Gambit as “competitive co-op,” and while it’s a bit of a clunky moniker, it makes sense. The mode has its own place in Forsaken’s director, and doesn’t fall into the competitive one-upsmanship of Crucible, but implements enough competitive elements that you can’t let your guard down the way you might while cruising a planet for public events or hopping into a strike. The rules are a bit laborious to explain, but the analogy I keep coming back to is multiplayer Tetris.

Before a match begins, a mysterious character called The Drifter determines your fate. Depending on the map (we played on a map in the European Dead Zone’s Emerald Coast), The Drifter will randomly assign both teams a particular race to fight (Forsaken’s new enemy race, the Skorn, are in the mix, but I wasn't able to encounter them here). Before heading into the fray, you’re taken aboard The Drifter’s ship, and as both teams face each other down for a few seconds before being dropped into the match proper.

As with Tetris, your team is more or less doing its own thing throughout most of the match. Enemies spawn at distinct points on the map and your team of four is tasked with killing them and collecting the motes that drop from their corpses. The object of the game is to summon your team’s Primeval and defeat it, and you do that by collecting 75 motes. Mote-collecting is fun, but carries a sense of risk and reward; motes only count towards your total if they’re banked at a machine at the center of the map, but you have an incentive to hog them. Banking five, ten, or fifteen (the maximum you can carry) motes, respectively, allows you to summon blocker enemies (large Taken foes) on your opponent's’ side, which prevent them from banking motes. Also, if you die, all the motes you’ve collected disappear.

This is where the other part of the Tetris analogy comes in. Doing well at the isolated part of the mode (collecting motes) allows you to interfere with your opponents’ ability to do the same. After gathering a total of 25 motes, teams can access a portal to the other team’s map. Only one player can make the jump, but they’ll have a few advantages when it comes time to tackle the four-on-one encounter. They enter the field with a threefold overshield, and can see the nametags of the enemy team through walls, as well as how many motes everyone is carrying, which means they can prioritize high-value targets quickly (especially when blockers are on the field).

The enemy team will also be distracted by regular enemies, and won’t be able to distinguish a human target from the horde on their radar. In the matches I played I was regularly able to make up for my absence on my own team by either killing more than one person or distracting multiple people long enough to slow down their mote-collecting. Jumping through the portal puts a pressure on you to not waste the chance, and it allows for the suspenseful hero moments that make PvP fun without forcing everyone on your team into live combat constantly. If you’re not all the PvP type, you can still excel in Gambit by clearing the mob with gusto (and being alert enough to call out enemy invaders for others to tackle).

Once you summon the Primeval, things get even more hectic. When the Primeval is on your field, enemy invaders will come much more quickly, and any invader kills will heal the Primeval. This gives the chance for the losing team to make a comeback, which was the case in one of the matches I played. It’s a fun climax that regularly leads to chaotic scrambles and risk-taking, which means most matches I played culminated in exciting ways.

The mode will also have its own loot pool, giving collectors a reason to hop into the mode for a while. Bungie wouldn’t say whether Gambit would come with its own weekly milestone, but I hope you have a long-term incentive to keep at it. Bungie promised that there’s more depth to Gambit than I could suss out in our limited time with the mode, but even without understanding all the nuances, the mix of mob-killing and high-stakes PvP already shows a ton of promise, and I’m already missing its absence in the current Destiny 2 rotation. 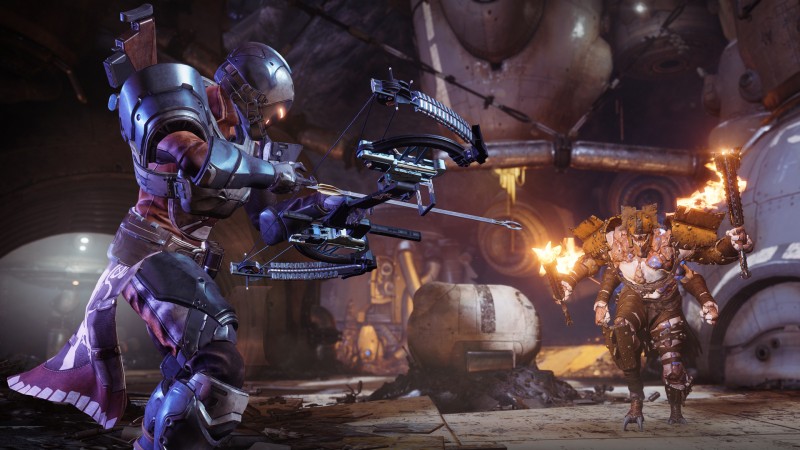 A Neat Little Bow
Part of the novelty of playing Gambit, admittedly, came from tinkering with Forsaken’s new bow weapon type. Wielding a bow in a sea of rocket launchers and machine guns felt strange at first, but I quickly forgot about the thematic inconsistency and found it should let players distinguish themselves through high-skill play.

Bows require more thought to wield than just about any other weapon in Destiny 2. The rhythm of priming an arrow then letting loose at the right time (the bows in the build I played all had a visual indicator for this) to maximize damage requires more thought than holding down the fire button. Every headshot counts due to the slower firing rate, and landing them feels immensely satisfying.

However, bows aren’t sniper rifles, and even a headshot won’t kill an enemy player in one shot. But it will break their shields, leaving them vulnerable to just about any other weapon. This means I needed to have a more established plan of attack than I might with a sniper or fusion rifle. I couldn’t quite figure out whether it was best to start closing the gap and go for a melee attack, try to half-prime my next shot and hope it’s enough finish off my foe, or switch to another weapon to finish them off. And if you’re not landing headshots regularly, it won’t probably won’t be worth it to wield one.

In the context of Gambit, it was also hard to clear enemies quickly with the bow. In the same way laying several scout rifle rounds into meaty targets can sometimes feel laborious, not killing an enemy with one or two well-aimed bow shots made the weapon feel weak. The numbers might need some tweaking, but learning to wield a bow was fun in itself, and I’m eager to see what top-level players can pull off with it. 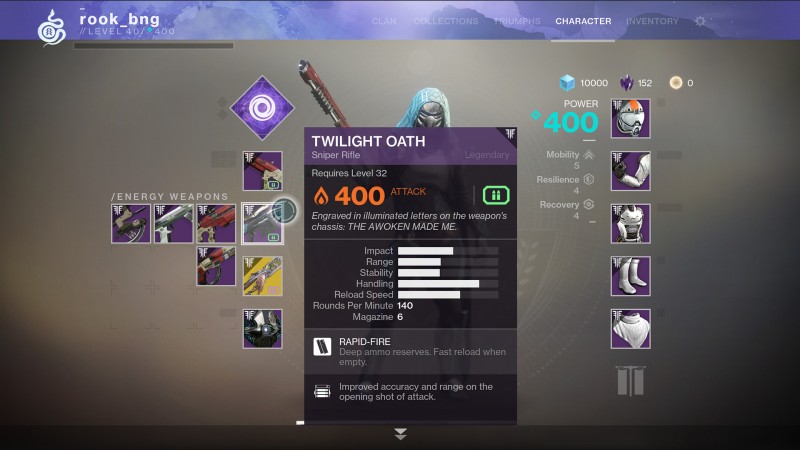 Weaponized Chaos
Destiny 2’s weapon slot system will see some major changes with the launch of Forsaken and an early version of those changes was in place in this build. The simple version of the changes is that shotguns, sniper rifles, and fusion rifles now intermingle in the top two weapon slots, as do kinetic and energy weapons. Rocket and grenade launchers were still confined to the bottom slot, however.

It feels weird after months of learning the new standard Destiny 2 set, for weapons of every kind to be available in any slot. But it also feels exciting to have an auto rifle, shotgun, and rocket launcher on me all at once. It definitely highlighted the importance of having a weapon for different ranges. And while you can have to weapons of the same ammo type, you probably don’t want to: Two kinetic weapons will make it a chore to break enemy shields, and weapons of the same ammo type draw from the same ammo pool, making it hard to justify.

So it could lead to some bad or inefficient builds in the way the previous system didn’t really allow. But that also makes your choice of weapons more meaningful, and I felt more ownership over my selections, for better or worse. I’m also pretty happy with the unpredictability this brings to player-on-player fights: Once these changes hit, you won’t be sure if the invader terrorizing your team with a shotgun will have a sniper rifle at their disposal if you happen to catch them at a distance.

Finally, while the system gives rise to the joke of having three shotguns, if you’re that dedicated, you might be able to make it work. It might be limited in terms of distance, but once you’re close, you can fire with abandon and switch to more firepower instead of having to reload.

I’m not saying having three shotguns in your arsenal is a good idea. I’m saying you can make it work. And the fact that it’s even possible is exciting, and is indicative of the kind of variety these changes to weapon slots could allow. 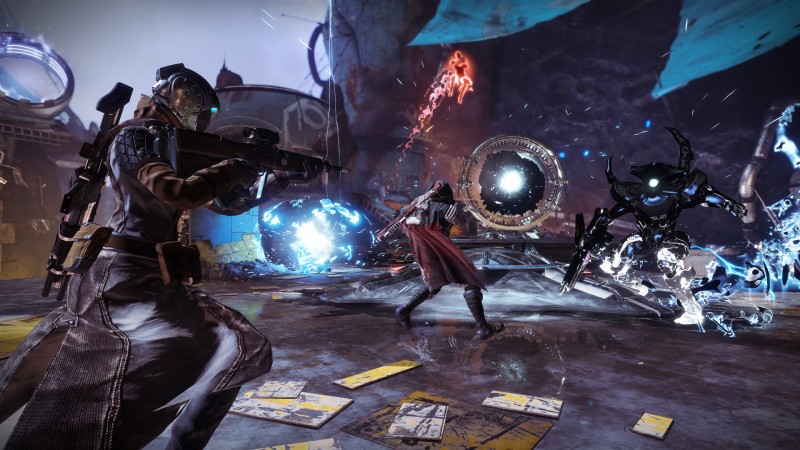 Class Revolt
The last change in effect in the build I played at E3 were some of the new tools available to each class, including one new super per class.

I spent all of my time as a hunter, which had a more close range super at its disposal. During this new super, my hunter drew two short blades and went invisible, letting me roam around the map hunting for kills instead of firing a single arrow to increase your damage output. The new smoke bomb deploys in a line ahead of you rather than in a static location as the smoke bomb does, and seemed to slow enemies caught in its wake.

I was much more curious and excited about the other classes, which I was only able to watch from a distance. Dawnbreaker Warlocks now have a healing super at their disposal, which summons a large circle that healed me exceptionally quickly and provided a good get-out-of-jail-free card whenever things got dicey for our team. I also saw a few Titans streaking across the sky as missiles, which looked cool and dealt a ton of damage.

Either way, I like the idea of letting even subclasses diversify their approach. Currently, choosing a subclass is more about utility than preference: Is this raid encounter easier with a Celestial Nighthawk Gunslinger or an Orpheus Rig Nightstalker? Their uses seem more defined, and the new supers offer a degree of choice that could let players define themselves by the subclass they prefer as well as their class. It’s hard to know how exactly these changes affect the full game experience, but I’m excited by the possibilities.

It could be these changes feel great because recent months of Destiny 2 have felt a bit stale, and any new ideas feel vigorous compared to what’s on tap now. But where much of Destiny 2 felt like Bungie trimming the rough edges of the series and ending up with safer, less interesting product, Gambit feels entirely fresh and original, and the under-the-hood changes introduce a degree of chaos that has been absent in Destiny 2. Whether that leads to better game in the long run is hard to say, but I’m happy with the chaos while it lasts.