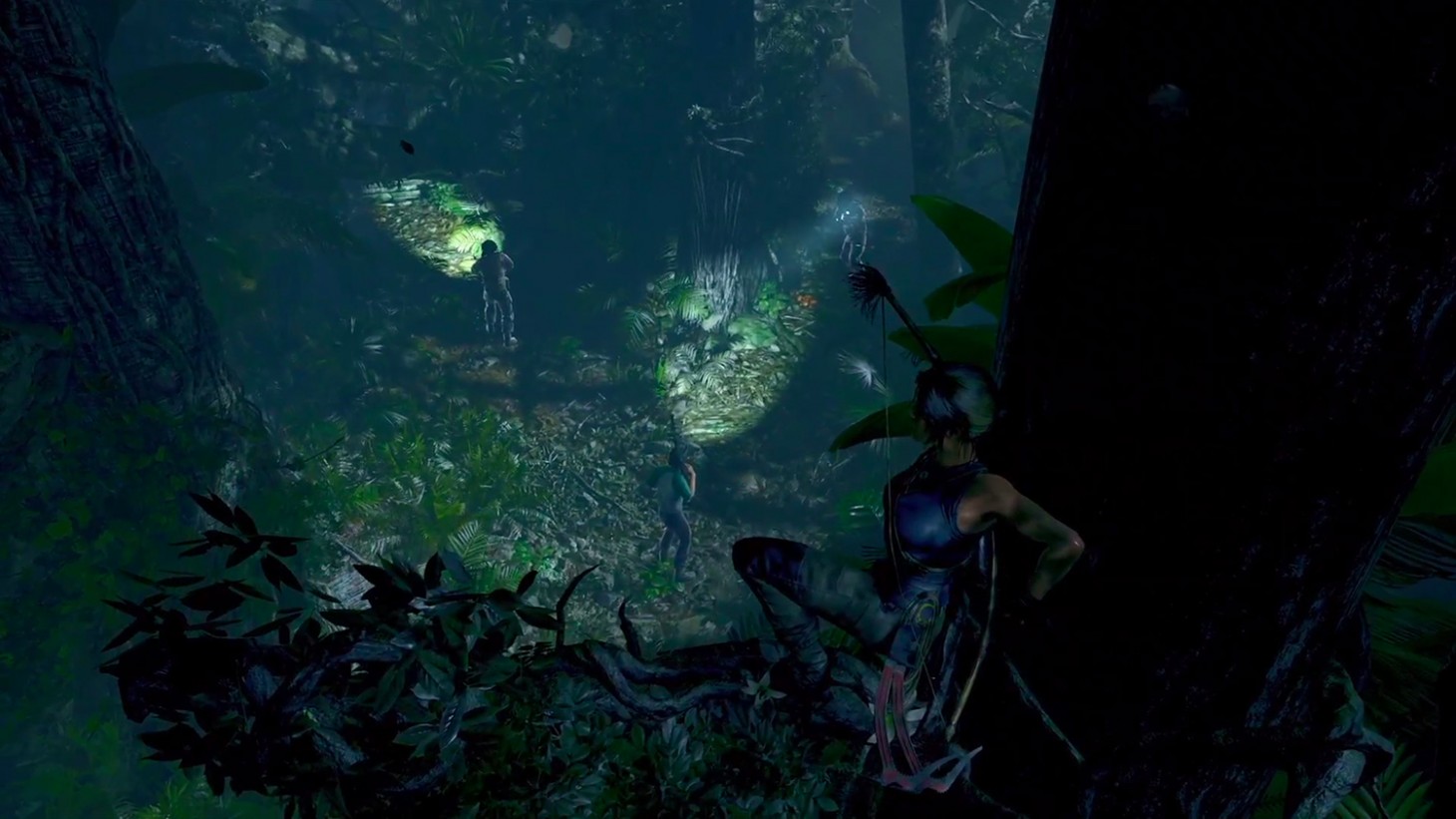 Square Enix kicked off its press conference with Rise of the Tomb Raider showing off the game's beginning, an extended stealth/action sequence, and highlight reel of moments from the game.

It began with a plane crash. Lara was in the pilot's seat as the plane fell apart and she struggled to put on her seat belt. I don't want to spoil anything here, but I think she survives.

From there we jumped to gameplay. Lara was in a dark dense jungle jumping from trees to take out enemies and covering herself in mud to blend in while the enemies chattered a lot about trying to find her. Eventually a body was found, alerting everyone to her presence, but she threw a can of gas at them to take care of the remaining enemies.

Once the gameplay demo finished, we saw a highlight reel and Eidos Montréal promised lots of new mechanics, including full 360-degree swimming, wall-running, and the biggest hub that has ever been in a Tomb Raider game and lots more deadlier tombs. Oh! Lara also fought a panther.