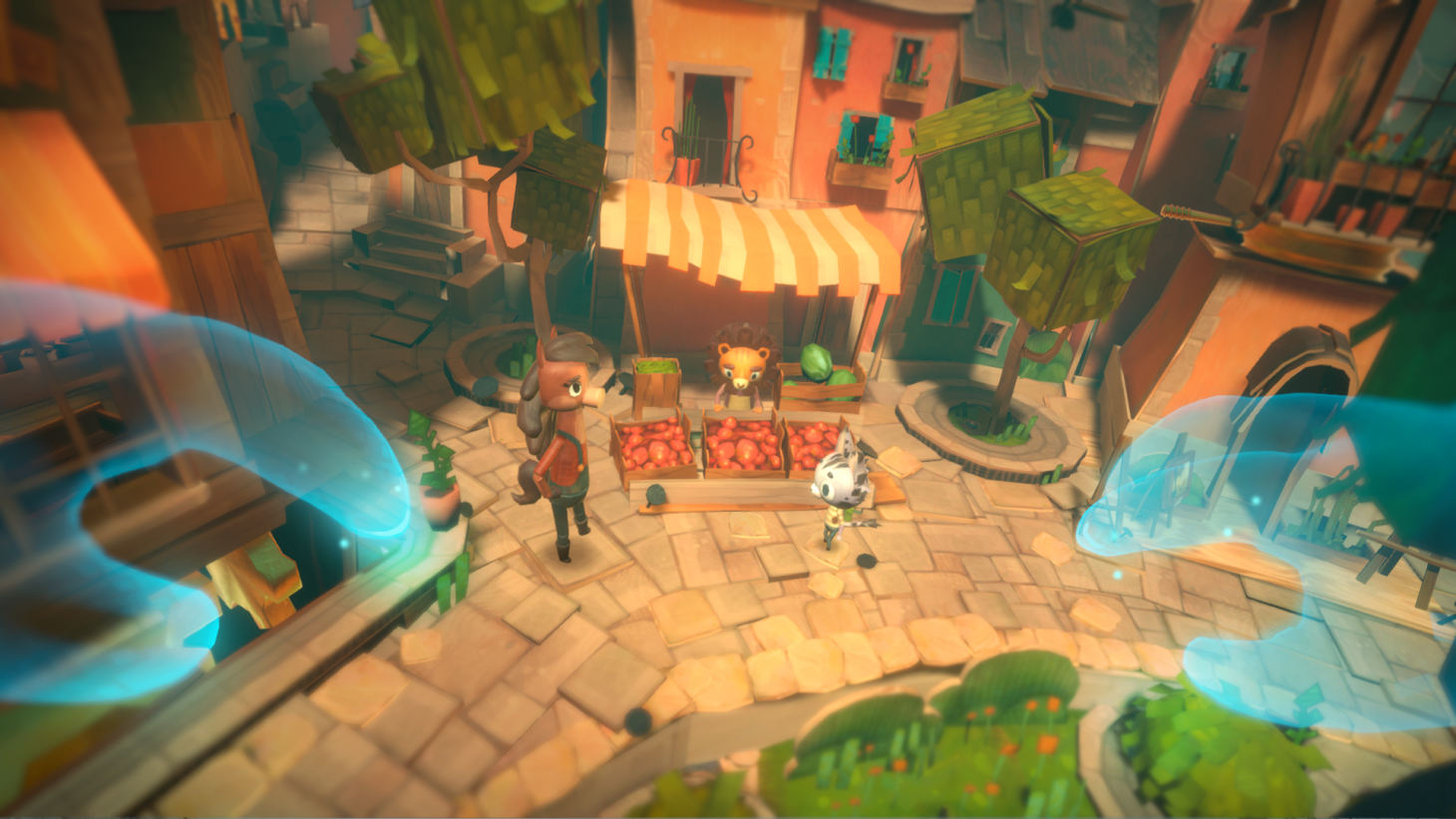 Ghost Giant has you playing as the titular ghost giant, an ethereal titan that is looking after a sapient cat who has moved out to the sticks and is lonely. You interact with the environment by, for example, upending buildings and shaking out whatever is inside of them. Doing this with a purpose helps you build your relationship with Louis.

You can catch the Ghost Giant trailer below.