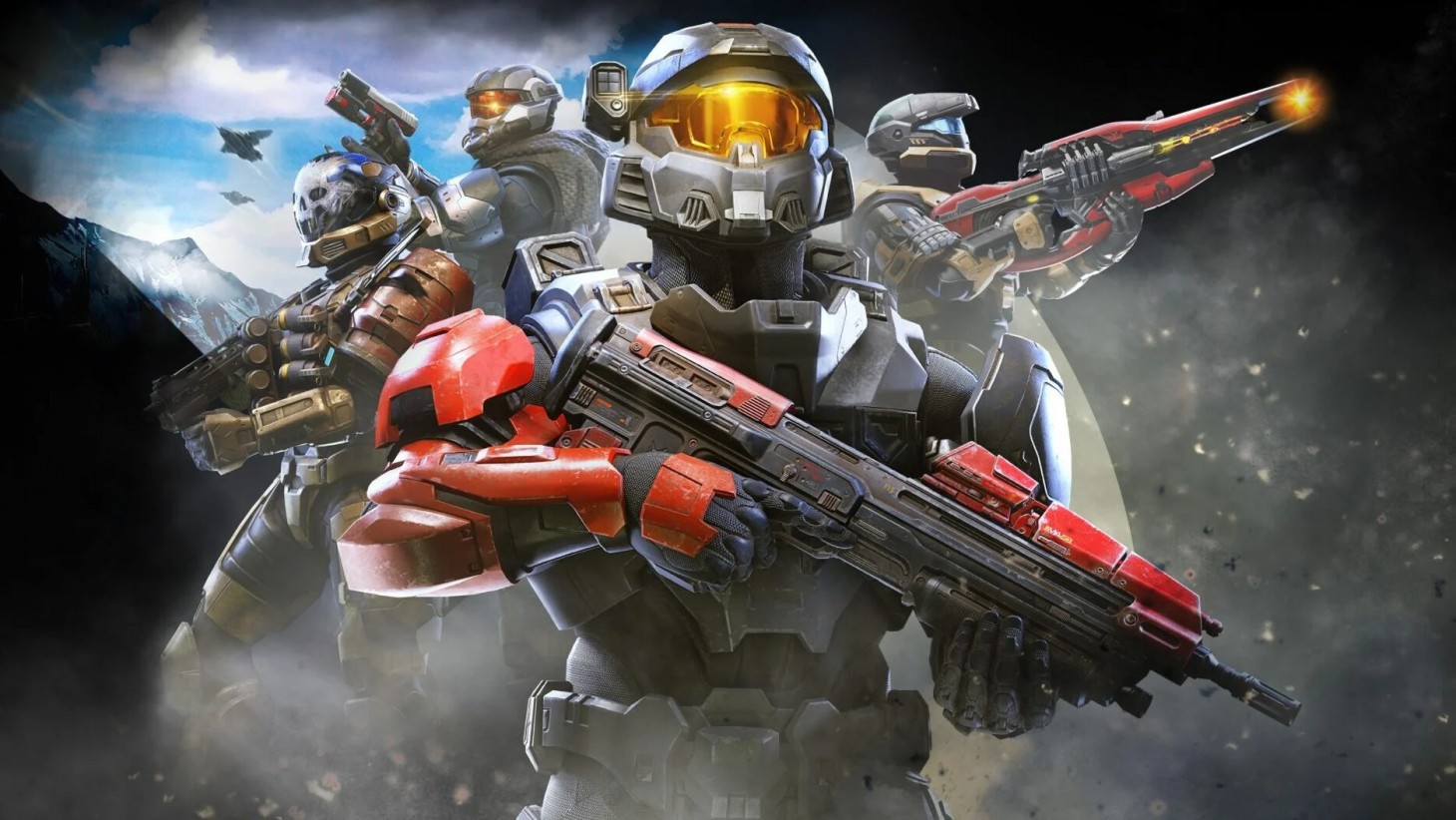 Here's What Is In Halo Infinite's Shop This Week

Halo Infinite's shop updates every Tuesday at 10 a.m. PT with new items that players can purchase with credits. Since the launch of the free-to-play multiplayer component, 343 Industries has done a nice job of offering up colorful items for players to purchase. The latest rotation doesn't have much other than one cool item that ties into the return of the Fracture: Tenrai event.

The expensive item of the week is a 2,000 credit ($17.99) legendary mythic effect set called Enlightened Path, which adds pink rose petals to your Spartan's footsteps, slides, and spawns. Also included in this bundle is a white mask called Grand Play that can be applied to your nameplate, armor, vehicles, and weapons. I have to point out that the price for this bundle is ridiculous, especially since the player usually gets an armor set at this rate. 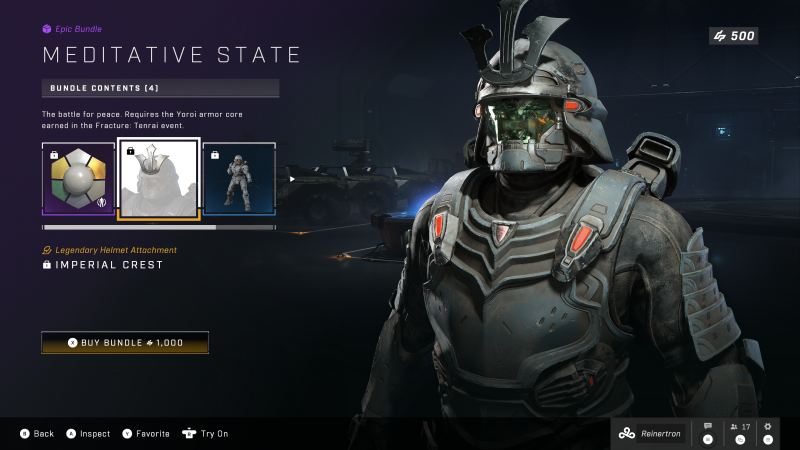 The more interesting offering this week is the Meditative State bundle, with the standout piece being the Imperial Crest helmet attachment for the Yoroi armor core earned in the Fracture: Tenrai event. This set also offers a cool coloring option called Expressive Soul which adds samurai-like highlights to the armor in gold and green. The bundle is rounded out with a triumphant stance called Mirror Tale, and an epic charm called Black Opal. This pack is 1,000 credits.

If you want to focus on your weapons and pick up another high-priced bundle, the Blacksteel Katana set is rather striking, adding a dragon scale effect to the MA40 assault rifle. You also get Black Cat weapon coloring, a Tiger Energy charm, and a Sun and Shadow icon to apply to weapons, vehicles, and more.

The item of the day is the Desert Sun bundle, offering the Ryuu visor for the Yoroi armor, and a dull green armor coating called Forgotten Sands.

All told, this week's offerings rank among the game's worst to date. The good news, though, is Fracture: Tenrai is back and we can keep working on that battle pass.