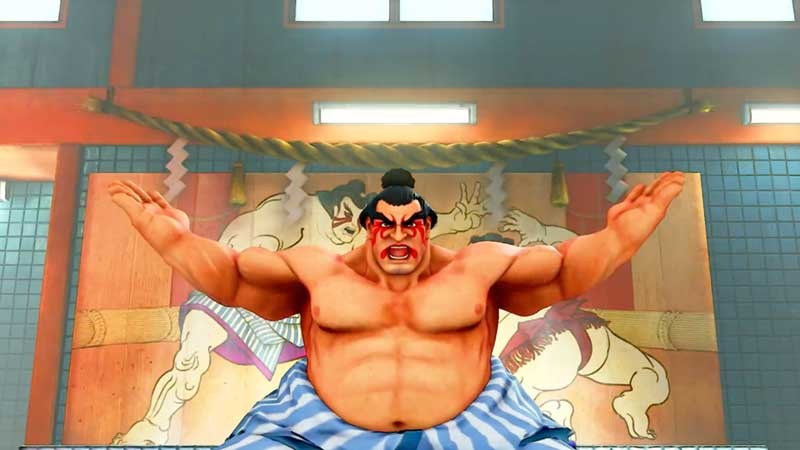 Capcom has officially confirmed yesterday's leak of three DLC characters for Street Fighter V: Arcade Edition with not only the trailer below, but with a gameplay look at each of the three fighters: E. Honda, Poison, and Lucia.

When Capcom revealed Kage, a different take on Evil Ryu, as a DLC character last year, the company said that this fourth and possibly final season for Street Fighter V DLC and that they plan to do it a little bit differently this year. However, after that, the developer got quiet about further characters, and fueled rumors about the game perhaps not having a full season. Now, a new leak appears just ahead of fighting game tournament Evo indicating that Capcom plans to just release all three remaining characters for the season at once.

A listing went up on Steam containing a bundle of characters with screenshots and videos. The three characters, E. Honda, Poison, and Final Fight's Lucia, can be seen below.

E. Honda, one of the original World Warriors, has been requested by fans since Street Fighter V's original release. Poison, who made her fighting debut in Street Fighter x Tekken and then later in Ultra Super Street Fighter IV had not yet been introduced to SFV. Lucia is also a Final Fight alumnus as one of the playable characters in Final Fight 3. As a police officer, Lucia is an old friend of Cody's who sought to clean up the streets of Metro City from gangs.

The pack of characters seem to have been set for an Evo reveal, when all three would be available for purchase and download. They join the long list of Street Fighter V leaks, in which nearly every character has been leaked or accidentally uploaded early ahead of time.