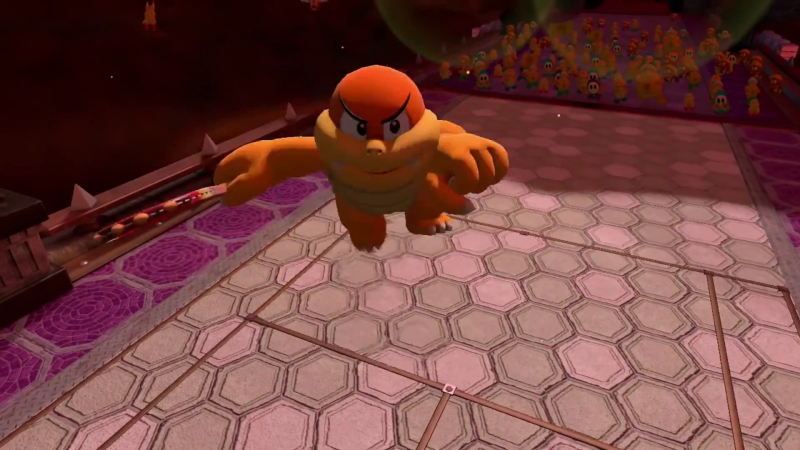 There aren't many enemies that can stand up to Mario's powerful stomp, but Boom Boom has always been pretty good about trying to do so. The officer in Bowser's army usually takes three hits in the head before he bites it, so maybe a nice relaxing game of tennis is exactly what he needs.

Slated to arrive in an update this week, Boom Boom is joining the game as a defensive character, which makes sense because he's nigh-invulnerable from the Y-axis...unless you have any sort of item, then he falls apart like a house of cards. But that doesn't appear to be the case here, as you can see from the trailer below.

The update containing Boom Boom also includes the Boo Hunt co-op challenge and new balance updates to the game to help keep the competition alive, which is important because competition is how you access the character early. If you participate in February's online tournament, Boom Boom unlocks early for you; if not, you get him on March 1 regardless.