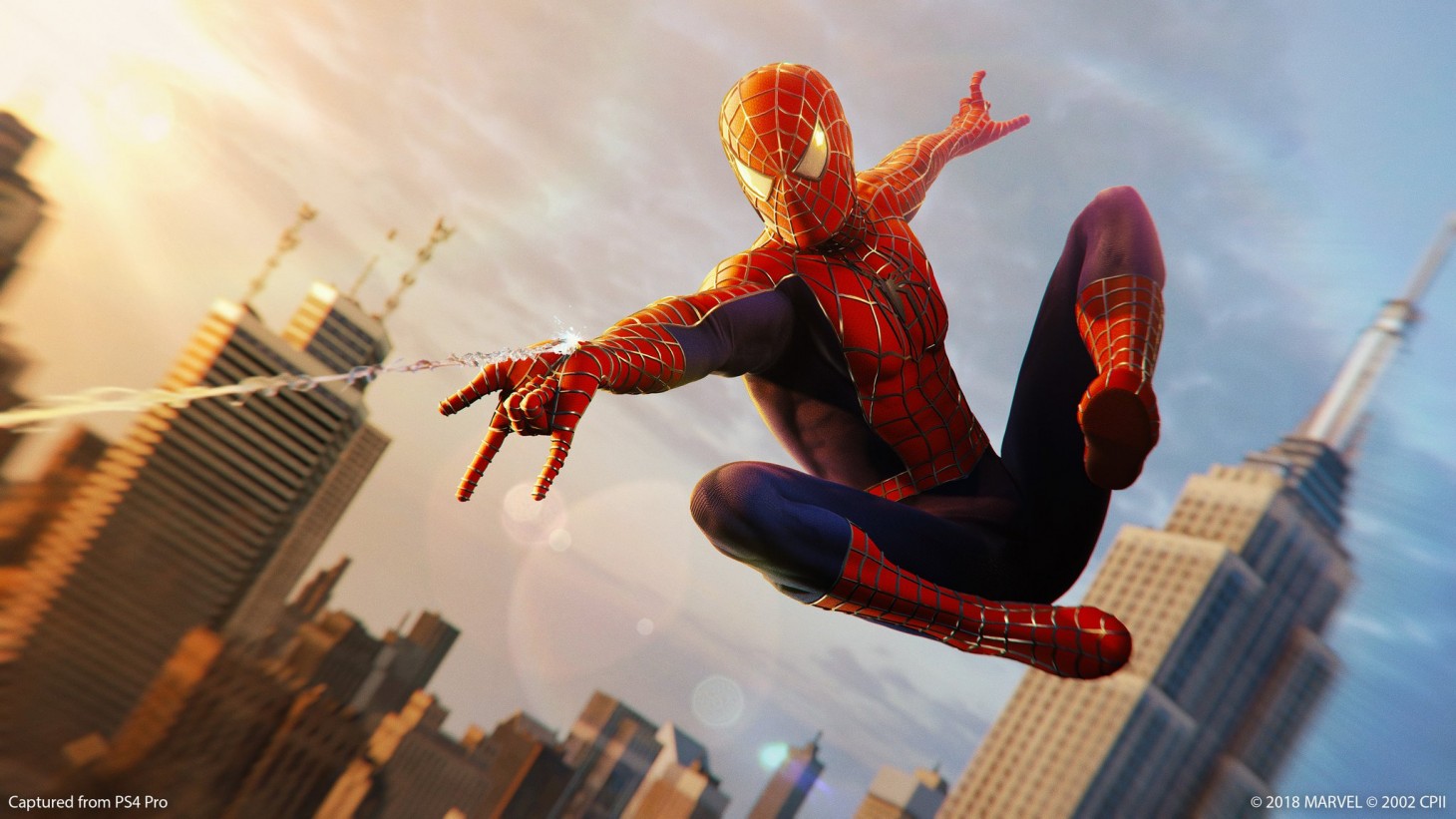 Insomniac Games just delivered a great holiday gift for Spider-Man fans. The suit worn by Tobey Maguire in Sam Raimi's Spider-Man film trilogy is available today as a free download in Spider-Man. Fans were dismayed that this popular suit wasn't included in the core game, and again voiced frustration over it not appearing in any of The City That Never Sleeps downloadable content.

We don't know if there were any licensing hurdles that prevented it from being released earlier, or if Insomniac just wanted to give it away free as a holiday gift, but we can all be thankful that it's finally here and we no longer need to see gifs of Tobey Maguire crying on Twitter.

Wait... Hold that thought. Why isn't the black Raimi suit in the game yet? INSOMNIAC!