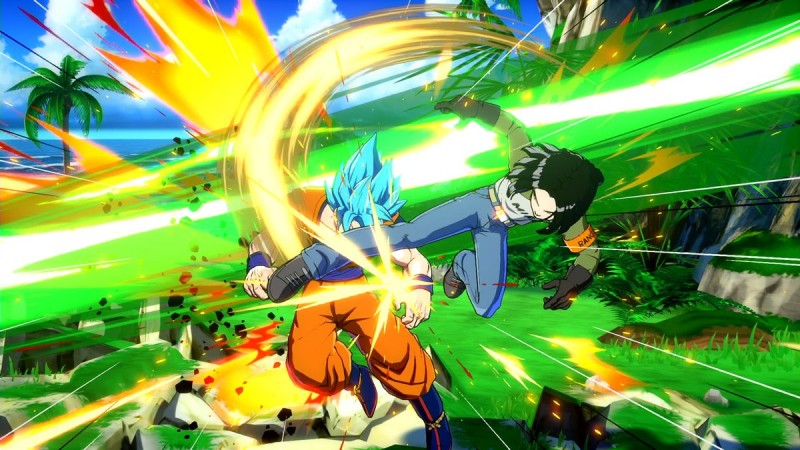 Dragon Ball FighterZ's soundtrack when it released was entirely made of original tracks which Arc System Works felt best suited the game's battles. As it's an anime game with a long history, however, so many fans wanted music from the show, as well. While Bandai Namco released an Anime Music Pack as DLC earlier this year, they now have a second pack with different songs available for sale. The new pack focuses on more modern music, but still has some tracks for Dragon Ball Z fans in there, as well as classic background music.

You can check out the trailer below, which is essentially a mock OP for Dragon Ball FighterZ using in-game cutscene footage set to Dragon Ball Super's second OP Genkai Toppa X Survivor.

The full list of songs included in this pack are:

The DLC pack is available for all platforms for the game now. It comes shortly after a free update which brings online tournaments and a trophy room to FighterZ. Dragon Ball FighterZ is available for PlayStation 4, Xbox One, Switch, and PC.