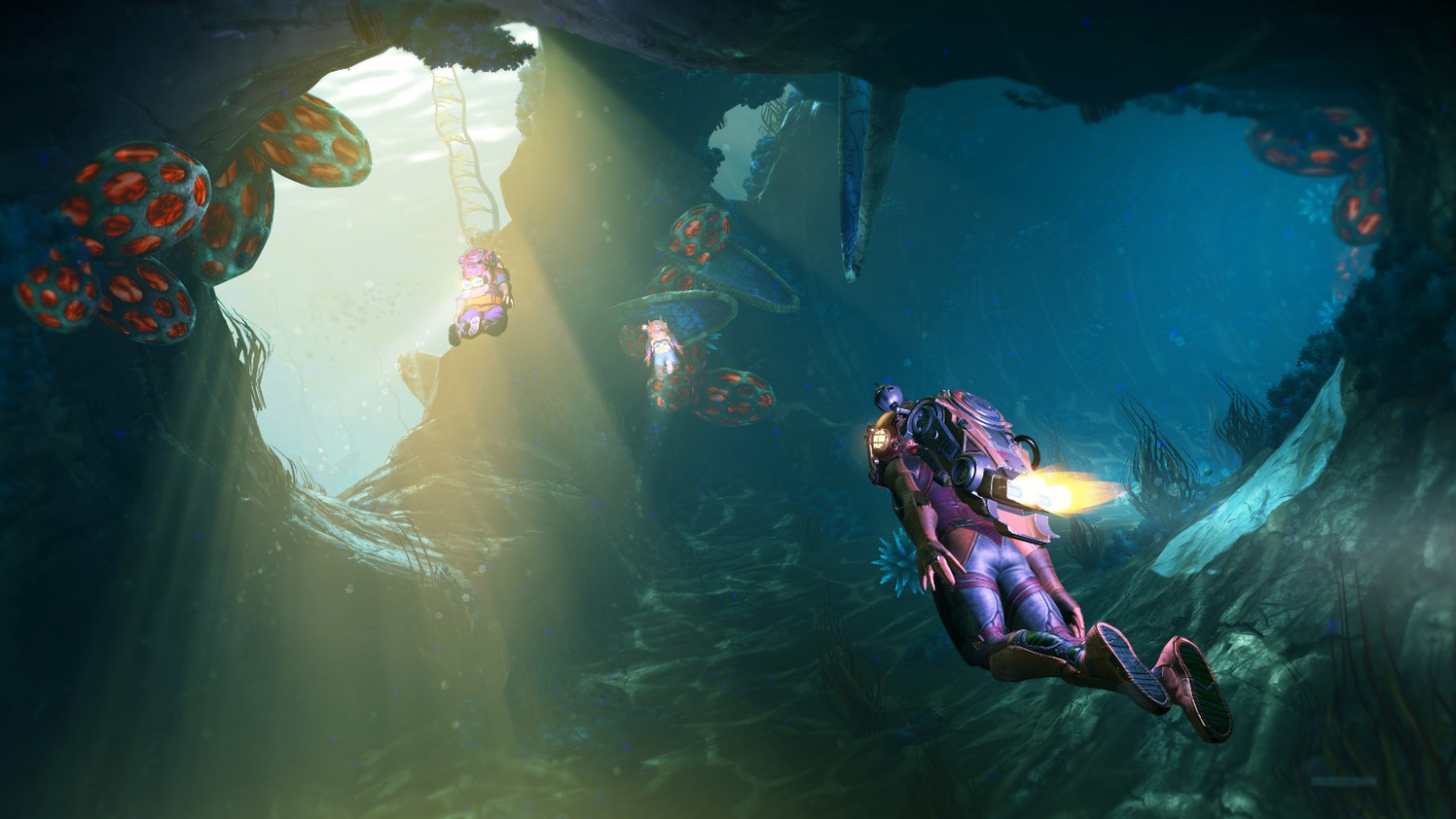 Hello Games has been hard at work at bringing a slew of improvements to No Man's Sky, including the recently released free update No Man's Sky NEXT. Now, the team is focusing on making underwater exploration the focus of the next free update called The Abyss.

One of the biggest additions is the underwater story mode, called The Dreams of the Deep, introduces a dark narrative about a stranded crew whose freighter crashed and a tale about a lost soul trapped underwater.

Watch the trailer below.

No Man's Sky The Abyss releases today on all of its platforms (PlayStation 4, Xbox One, PC). Read the patch notes here.

For more, read our detailed impressions of No Man's Sky's NEXT, which brought multiplayer, third-person views, and more, by heading here. 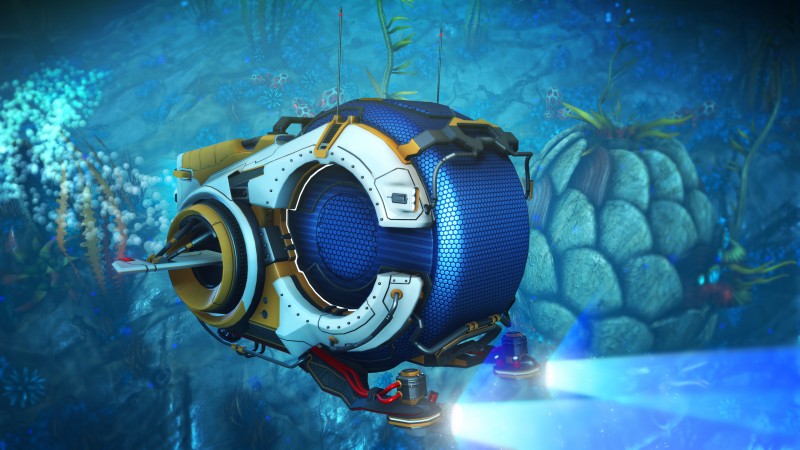 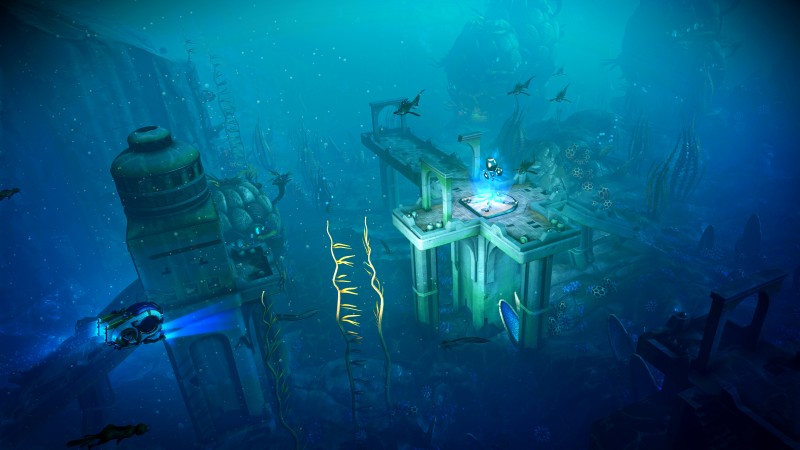 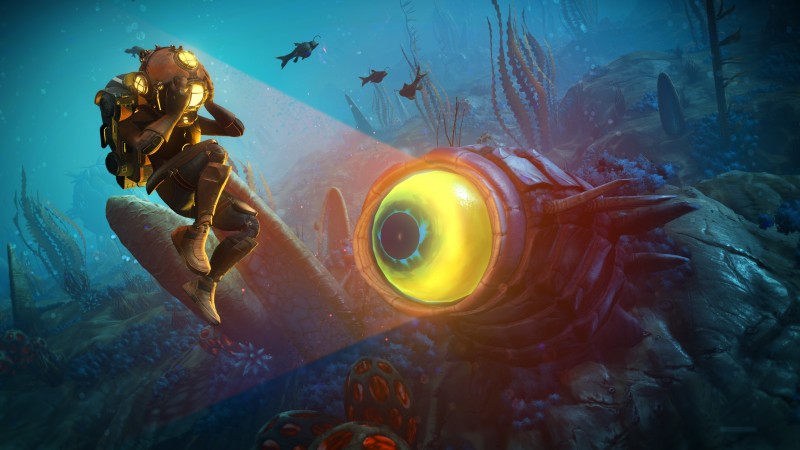 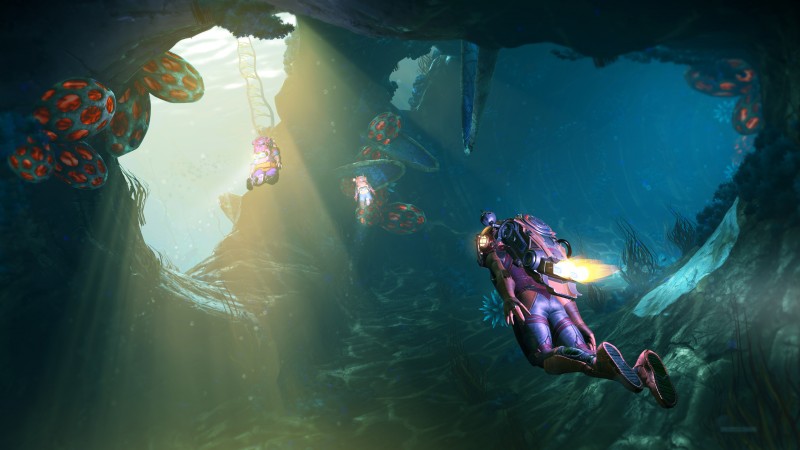