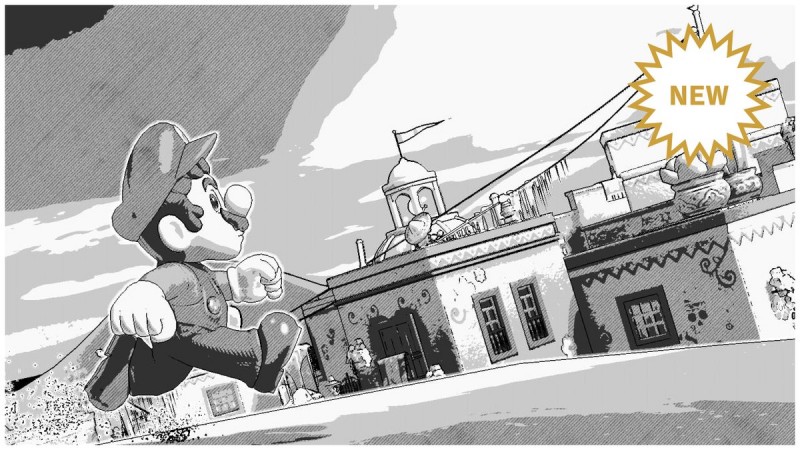 Nintendo is really into killing the Mario Bros. lately and it's now the red one's turn with a new costume added to Super Mario Odyssey. The zombie outfit has now been included in a new update, which puts the hero of the Mushroom Kingdom in an undead outfit right out of House of the Dead.

A new special outfit has been added to #SuperMarioOdyssey! After you’ve finished the main story, check out the shop to find the Zombie Headwear & Zombie Outfit. pic.twitter.com/U4zdMgXRxn

The outfit consists of a body piece, which includes a more blood-colored red shirt and torn up overalls, as zombies will tend to have, and a head piece which is just an axe. It's an axe in Mario's head. Just...stuck in there.

There are also new camera filters being added for Manga, Tile, and Kaleidoscope filters. The manga one looks especially cool.

New Manga, Tile, and Kaleidoscope filters have also been added to Snapshot Mode in #SuperMarioOdyssey! pic.twitter.com/BHKgoYIrKp

You can update the game now to check these out, though the zombie outfit requires you finish the main story first. Super Mario Odyssey was released one year ago on the Nintendo Switch.