The Final Shovel Knight DLC Is A Multiplayer Brawler

Not content with merely being a guest in every other multiplayer brawler under the sun, Shovel Knight is bringing that knowledge back home with the final piece of DLC for the indie game mascot.

Titled Showdown, the new content puts 16 characters from Shovel Knight into a local-only brawler that blends the gameplay of Shovel Knight with multiplayer platform fighters like Super Smash Bros. or Rivals of Aether. Each character will also have their own story mode with dialogue and rivals along the way. 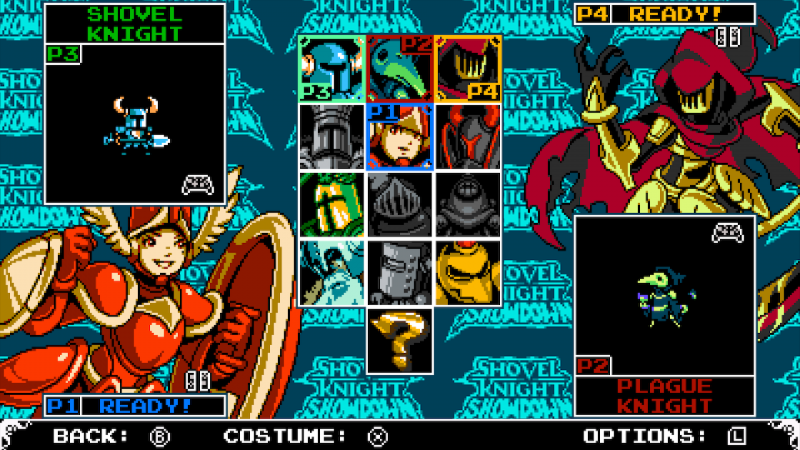 Showdown is coming to all the console versions of Shovel Knight, and PC, but not Vita or 3DS, likely due to a mixture of technological and sales concerns. If you already own Shovel Knight: Treasure Trove, you'll be getting Showdown for free. It will also be released standalone if you only want to throw down with some Shovel Knight characters without buying the rest of the DLC.

The previously final piece of Shovel Knight DLC, King of Cards, is still scheduled to release later this year.