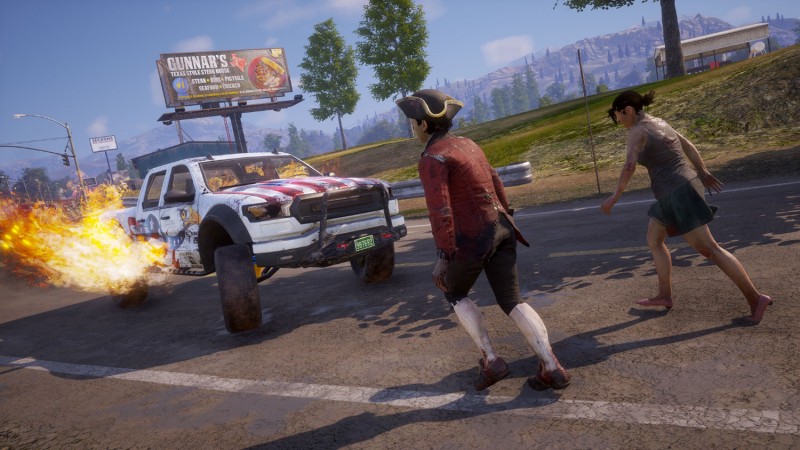 Undead Labs and Microsoft are releasing the first DLC for State of Decay 2 today, giving players a little extra time to get in the Fourth of July spirit. The Independence Pack includes new vehicles, as well as some fireworks- and outdoor grilling-themed weapons.

Here's what you get from the $4.99 DLC, which is included in the game's ultimate edition (with text directly from Microsoft):

The DLC is accompanied by a new game update, which brings State of Decay 2 up to version 2.0. The update, which is available at no cost to all players, includes 20 new missions, several new weapons, a trader who specializes in books, and some other gameplay tweaks and fixes.