Cover Reveal – What's Inside Our Kena: Bridge Of Spirits Issue 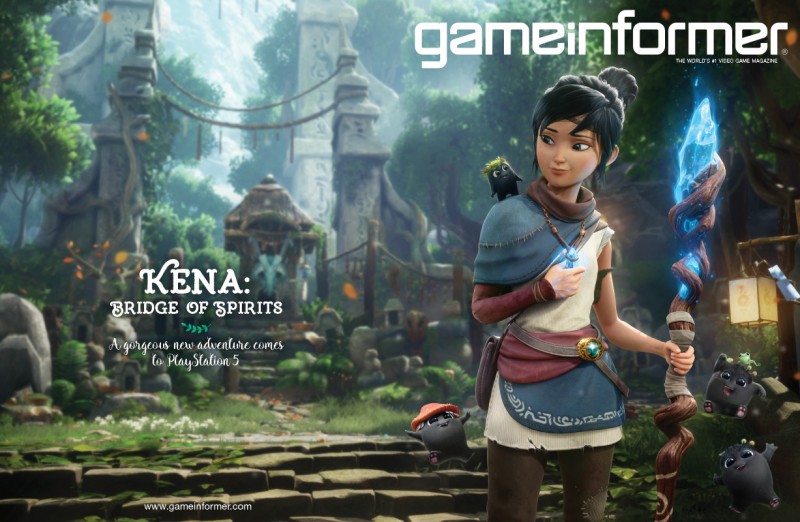 Last week, we revealed that Kena: Bridge of Spirits was the subject of our next cover story. Ember Lab debuted its action-adventure game at Sony's first PlayStation 5 showcase, where viewers got to see a lush and dangerous world – and some helpful little critters known as the Rot. That first glimpse was only the beginning. In our 14-page cover feature, we take an extensive look at the world of Kena and learn how a scrappy team went from obscurity to taking a spot on arguably the biggest stage in gaming.

Kena: Bridge of Spirits is as action-packed as the trailer showed, but that's only a small part of what it offers. Ember Lab put a surprising amount of heart into its first major release, telling a story not of destruction or revenge, but a touching tale about healing and redemption. In our extensive feature, we share stories about its development – including how they collaborated with traditional musicians to create Kena's amazing soundtrack – and also take a closer look at the systems and gameplay you'll be able to experience for yourself in a few short months. We saw the game running on PlayStation 5 hardware, and rest assured that we spend a lot of time exploring what new possibilities the tech is opening up for the team. There's a ton of information packed into our cover story, and we couldn't be more excited to share it with all of you.

Of course, that's not all you'll find in our next issue. We're starting to transition to the next hardware generation, and we've got a pair of complementary features that highlight the best of the PlayStation 4 and Xbox One era. Whether you're looking for recommendations on the best games of the generation across a variety of genres and themes or are curious about which titles deserve special accolades for their outstanding achievements, we've got you covered. We've also got a interview with Sucker Punch's Nate Fox, where he talks Sly Cooper and Ghost of Tsushima, in addition to a conversation with veteran voice actor Jennifer Hale. And Overwatch pro player Dusttin "Dogman" Bowerman shares how COVID-19 has changed the way pro players are able to compete. That's in addition to the reviews, previews, and exclusive features and sections that you've come to expect from Game Informer.