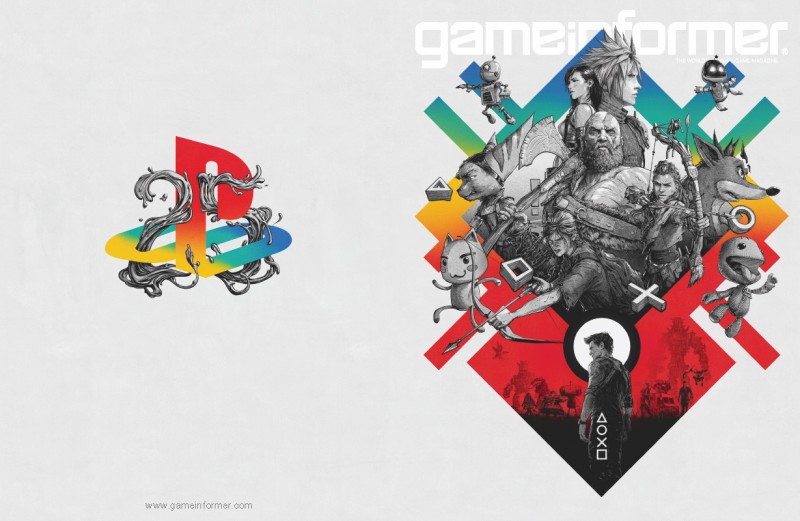 December 3, 1994, marks a big milestone in gaming history. On that day, the PlayStation launched in Japan. We all take the brand for granted now, but there was a time when some thought Sony’s desire to enter the gaming space was folly – including plenty of people within the company. It’s an incredibly interesting part of our shared history, which is why we’re proud to reveal that Game Informer magazine’s next cover story is a massive chronicle of the PlayStation’s origins and history. We talked with more than a dozen of the men and women who were present during PlayStation’s most pivotal moments, and they share their stories in a 24-page blowout.

Our story covers PlayStation’s prehistory, from the days when Nintendo and Sony were planning a CD-ROM add-on for the SNES, to the present. We spoke with some of the biggest names in the company’s history, including Ken Kutaragi, Shuhei Yoshida, Andrew House, Mark Cerny, and many more. In addition, we shed light on some of the lesser-known people behind important elements such as the PlayStation’s memorable startup sounds, its iconic controller design, and other aspects that have withstood the test of time.

Here’s a complete rundown of everyone we interviewed for the oral history, just to give you a sense of what you can look forward to reading:

You won’t have to wait long to read this story. Due to its timeliness, we've posting the article – in its entirety – right here.

The cover story takes up a big chunk of the issue, but it’s far from the only thing that’s in there. We’ve got a ton of great features, including a conversation with the showrunner of the upcoming Netflix adaptation of The Witcher, a look into the future of Xbox, and an extensive new preview of Crystal Dynamics’ new Avengers game. We also have post-mortem features on Call of Duty: Modern Warfare and The Outer Worlds, in addition to a roundup of some great board games that you can play with your family this holiday season.

Print subscribers can expect their issues to begin arriving in the coming weeks. The digital edition of this issue launches Thursday for PC/Mac, iOS, and Google Play. You can also get the latest issue through third-party apps on Nook and Kindle later this week. To switch your print subscription to digital, click here, or to create a new subscription, click here.

The cover art was created by Sam Spratt (who long-time readers of GI know we have worked with many times in the past). Large posters and fine art prints of the cover art are on sale now. For more on Sam’s work and updates follow his Instagram here.