If Capcom’s goal for Monster Hunter: World was to bring the niche title to the mainstream, they absolutely succeeded. That game managed to please longtime hunters while also acting as an emissary to players who’d always been curious about the series but couldn’t get past some of its more peculiar elements. With more than 12 million copies sold, it’s now become Capcom’s best-selling game. Where do they go from there? How about someplace cold?

While the game has had a variety of updates and extra content added since release, Monster Hunter World: Iceborne is the game’s first major expansion. What does it add? How about an all-new region to explore, with new monsters to hunt (as well as some returning favorites). We got to spend extensive time with the game during our studio visit, and we’ve got loads of info to share, including details on our hunt with the Iceborne’s flagship elder dragon, Velkhana. 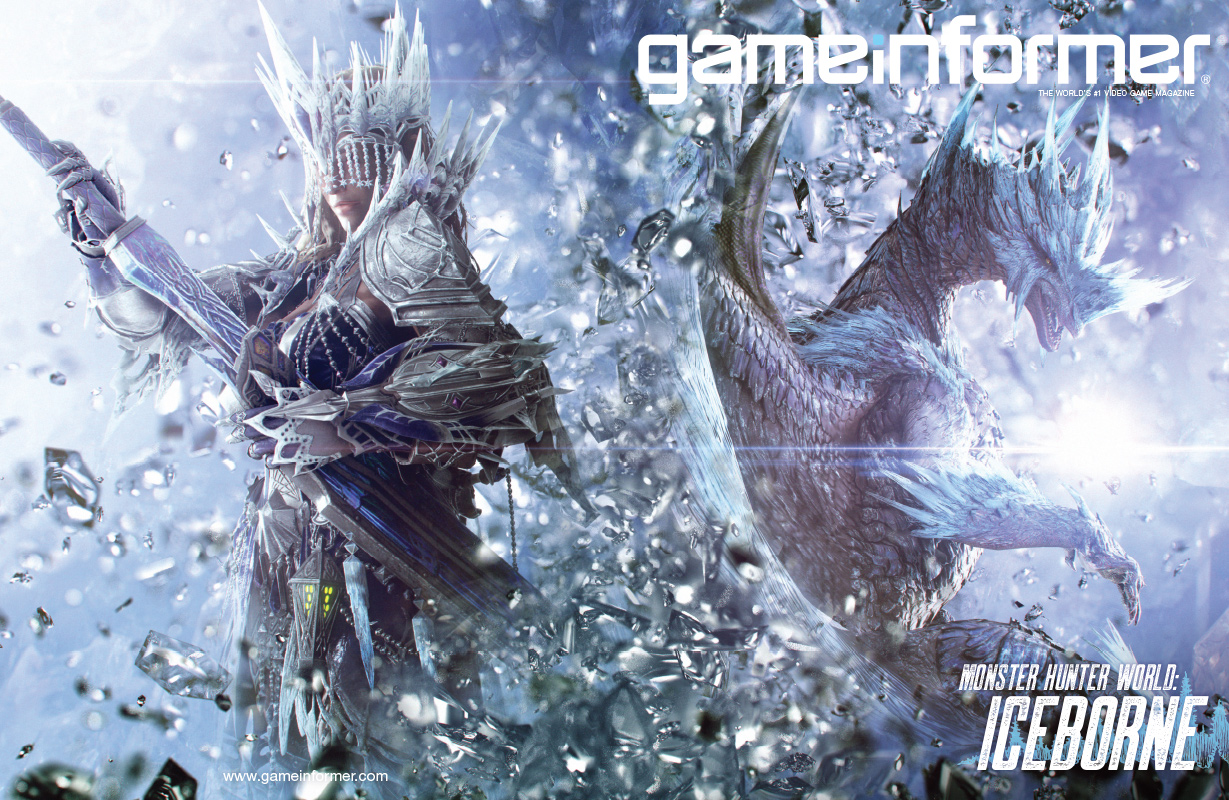 There’s a lot to dig into, and a lot of info packed into our 12-page cover story. Even if you’ve been keeping up with the expansion’s dev diaries and played the demo, you’ll find plenty of exclusive info and impressions in the August issue of Game Informer. Also, you can watch our trailer below teasing our month of online coverage coming to gameinformer.com/iceborne.

That’s not all that’s in the issue, however. We’ve devoted a huge section of the magazine to our post-E3 analysis. That includes deep recaps of some of the show’s biggest moments, an examination on what’s ahead for streaming games, and a rundown of the tech that debuted during the conference. Of course, it’s all about the games, and we’re not scrimping there. We’ve got lengthy previews on the 50 hottest titles from the show, which provide a great road map for what we’ll all be playing in the years to come.

Click on the banner below to reach our hub for Monster Hunter World: Iceborne. We’ll be adding new content throughout the month to more fully explore how Capcom is expanding the world.