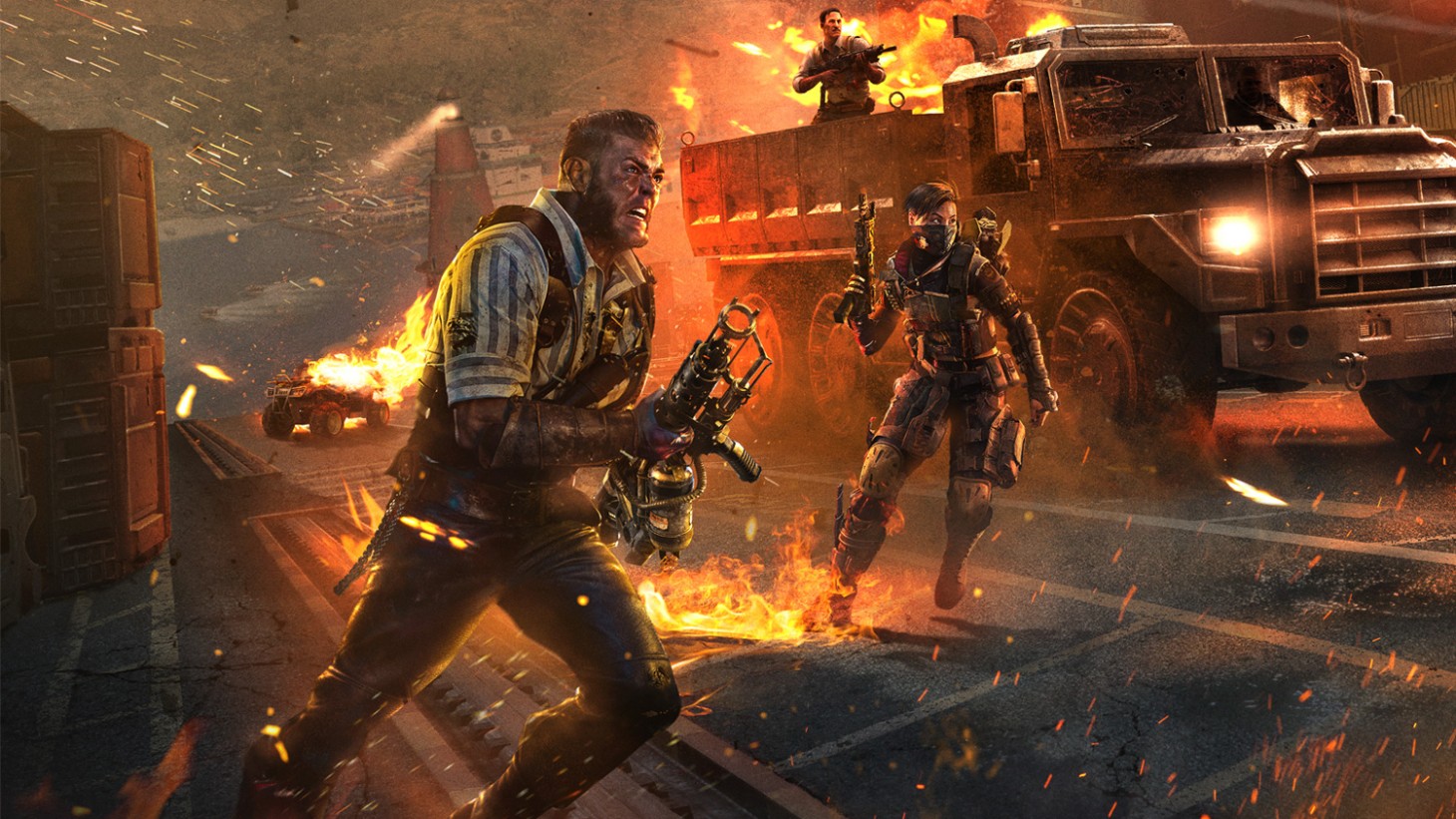 We set out to Treyarch headquarters to go hands-on with Call of Duty: Black Ops 4's battle royale mode, Blackout. Call of Duty: Black Ops 4 doesn't have a campaign, but it's still launching with a three-pronged content assault with traditional multiplayer, multiple zombie modes, and the Blackout experience. With the genre taking the industry by storm, how would Call of Duty's polished shooting, zombies, and maps play out? We battled A.I. zombies for loot, piloted helicopters, and stockpiled gear on the back of a cargo truck, all while trying to survive to the final action-packed circle.

Our October issue is packed with every detail on the Blackout experience from over two hours of wild gameplay, including how perks and weapons are handled, character progression, vehicle elements, map locations and mechanics,  and much much more.

Above: Get a taste of the month of exclusive content coming to gameinformer.com/blackops4 in this video.

Starting this week, we'll have exclusive online content on Blackout and Black Ops 4 to support the cover story, including features, interviews, and more. Look for content to hit hard and fast this week in anticipation of the upcoming Blackout beta. 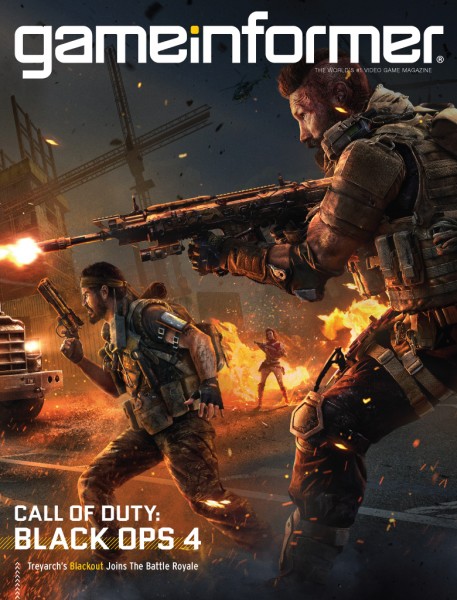 The October issue doesn't stop there. Andrew Reiner takes a deep dive into the upcoming Fallout 76. Ben Reeves travels to The Strong in New York to get a look at some of the museum's rare video game oddities like Will Wright's development notebooks, the original Star Wars Arcade pitch boards, and a nuclear-bomber arcade game from the '40s. You'll also find big previews for upcoming games like Devil May Cry 5, Cyberpunk 2077, and more.

Click the banner below to see what we’ve got planned for our month of Call of Duty: Black Ops 4 coverage, and bookmark the hub. New stories will be added fast, so be sure to come back often to learn more about Treyarch's next game.