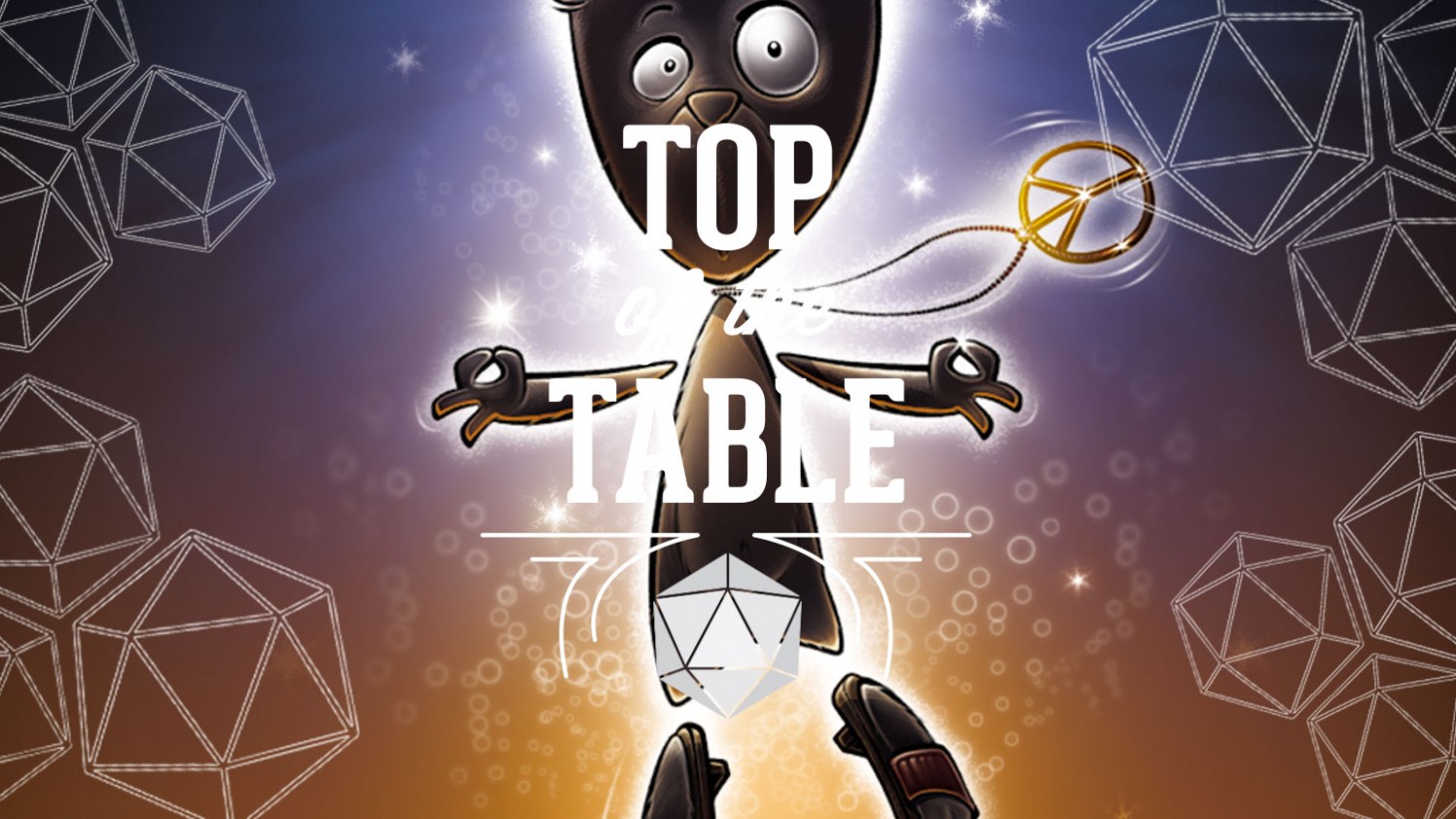 The Mind – A Cooperative Game That Doesn’t Allow Cooperation

After years filled with playing a lot of games, the appeal of novelty in design becomes increasingly compelling. That’s why I’m fascinated by The Mind, the new game published here in North America by Pandasaurus, which challenges players to work together, but without any of the methods of coordination or cooperation that normally allow for successful completion of a project. The sensation of play is at first eerie, and often makes people scoff as it is described, and yet somehow it works. It’s an experience quite unlike any game I’ve played.

The Mind has very straightforward rules. A deck of cards is numbered between 1 and 100, and players are dealt cards equal to the current level of play. At level 1, you get one card, and at level 2 you get two cards, and so on. Players may not reveal their card(s). To win the level, players must play the card face-up onto the table, in ascending order. 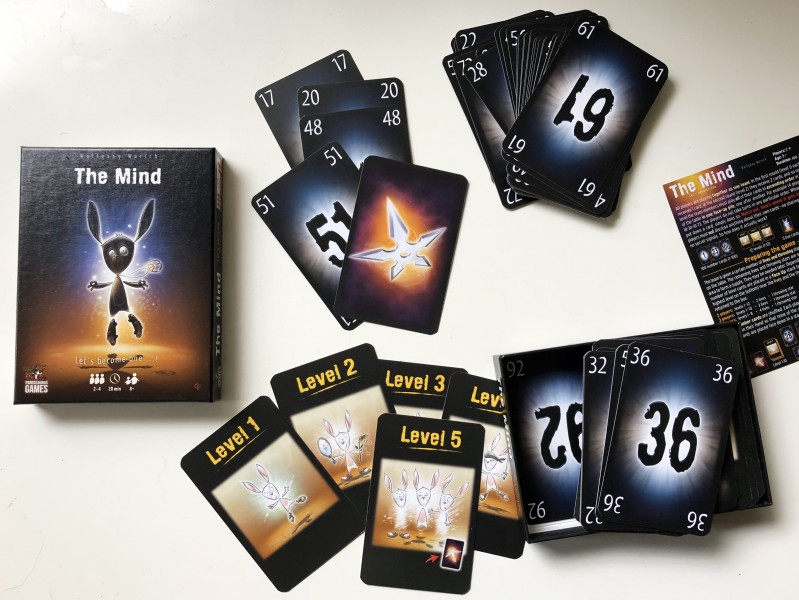 Here’s the catch: You can’t signal in any way to the other players. No speaking, no hand signals, no eye blinking, no subtle smiles. If you have the “23” card, you must somehow know to play the card before your friend who has the “47” card. If everyone plays all their cards in the correct order, the level is won, and the process is repeated with more cards.

In addition to the number cards and the cards that indicate the current level being attempted, The Mind includes two other types of cards – Lives cards that are spent when a mistake is made (when these are spent, it’s game over), and Throwing Star cards, which allows all players to discard the lowest card in their hand.

I’ll be honest that when I first heard about The Mind, I presumed it simply wouldn’t work. Sure, it might make players laugh at the silliness of somehow reading someone else’s thoughts, but ultimately, it would simply be a game of luck. And yet, once you play a few rounds, you begin to realize that the group is getting in sync with one another. It is indeed possible to progress through the levels, without anyone ever communicating in any way, and to do so with an increasing level of consistency.

While I won’t spoil it here, the included instructions do offer one big reason that it all works, but also recommends that players don’t read that section of the rules before playing. But even once you understand the secret, The Mind remains a fascinating experiment in shared goal completion and progression, because even with that secret understood, it seems like it shouldn’t really work, and yet somehow it does.

I also like The Mind because it doubles down on one of the things I appreciate the most about tabletop gaming: the ability to bring people together. Players are forced to abandon traditional forms of cooperation, but concentrate instead on syncing up with everyone else at the table. When the progression begins to occur, it creates a surprising connection between everyone playing that is striking. 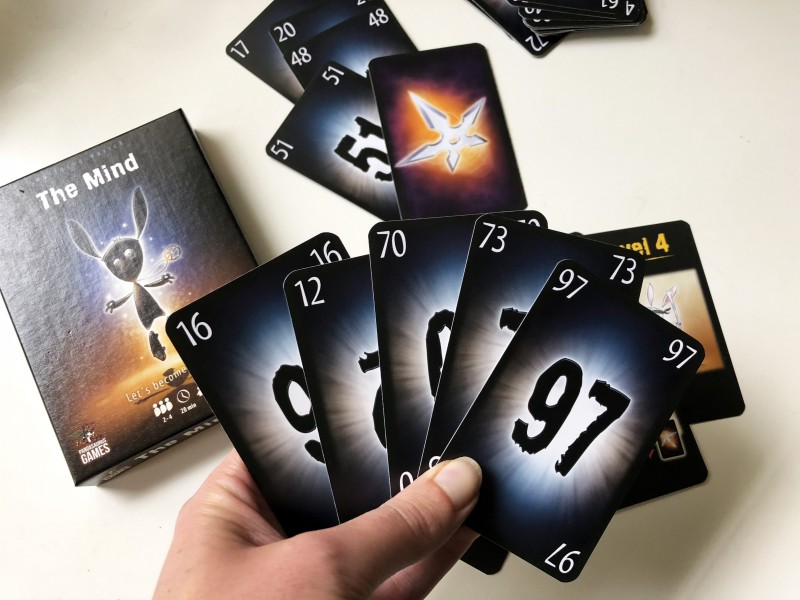 My favorite moments playing are once you get into the groove, and someone else at a get-together approaches the table, curious about why everyone is looking so intense. These individuals inevitably laugh at how silly the concept sounds, and then stand around looking increasingly confused and delighted as the game continues, and the group somehow continues to successfully move through the levels.

Built to be played by 2-4 players in around 15-20 minutes, The Mind isn’t necessarily a game that you’re going to play with each other all night. But as a preface to another larger gaming experience (particularly another more involved cooperative game) The Mind is a wonderful aperitif. I think you’ll be surprised how much fun it can be, especially if your group sticks to the rules and really refuses any form of communication during play.

The Mind’s abstract and odd sensibility really blew me away, but if you’re looking for something different, I’m confident I can steer you in the right direction. Click over into the Top of the Table hub below to read some other board gaming recommendations. Or, if you’d like some personalized recommendations, drop me an email an I’ll see what I can help you find. And, if it’s driving you crazy and you just have to know the secret behind The Mind, I can tell you that too – but I assure you, even knowing it, the game is still just a little bonkers.