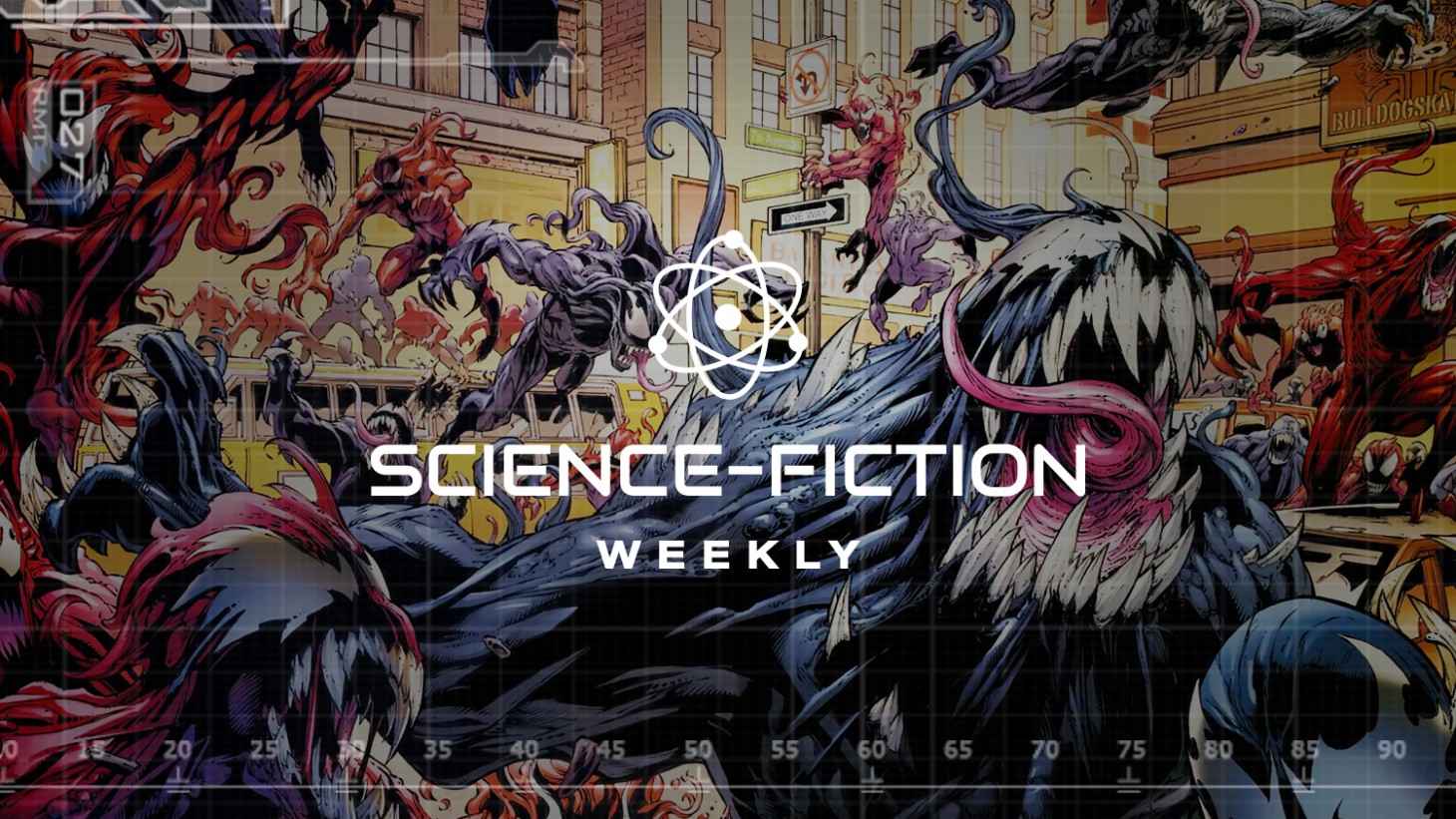 Prepare for a Star Trek overload. In the next few years, it sounds like we'll see more of Star Trek than we currently are for Star Wars. If you thought Disney was milking the space walrus too much, just wait until you hear what Paramount and CBS are up to. Along with the second season of Star Trek Discovery, fans can look forward to a new Captain Picard television series, a Quentin Tarantino movie, Star Trek 4 (perhaps without Chris Pine), a Star Trek vs Transformers cartoon series, and now something called Short Treks.

Beginning on October 4, some of Discovery's side characters will have the chance to shine in four short 10- to 15-minute episodes on CBS All Access. The first episode is called Runway, and focuses on ensign Tilly and a visitor in need of help. The second episode, which airs on November 8, will reveal if Craft has what it takes to survive on a derelict spacecraft. On December 6, Saru's backstory will be showcased on his homeworld of Kaminar. The final episode airs on January 3 and gives Harry Mudd more screen time. You can get a sneak peek of all four episodes in the trailer below.

Do you think CBS and Paramount are doing too much with Star Trek? Star Wars fatigue is something that is frequently discussed following Solo: A Star Wars Story's poor theatrical performance. While I want to say, "yes, they are doing way too much," all of these projects sound radically different, and I think it will just come down to the timing of their release. If they all hit on top of each other, we have problems, but if spaced out correctly, fans should have plenty to look forward to. The only project that sounds iffy to me is Star Trek 4. Without Pine, is there reason to tell another story with the same crew, or will it feel like something is missing?

I'm getting that "something is missing" feeling from Sony Pictures' forthcoming Venom film, and it's not just the spider missing on his chest. The trailers don't paint much in terms of conflict, outside of Eddie Brock dealing with the demon within. I think I'm seeing teases of a Venom versus Riot battle, but it all looks unremarkable to me. Riot isn't exactly the most exciting villain either. He's basically another form of Venom with blue hints. Sony has recently released a standalone clip from the film that shows Venom in action, and, well, it hits with that same unremarkable feeling. Also, why is he just standing there for half of the conflict?

PC gamers have the chance to enter a new dieselpunk science-fiction RPG today in Insomnia: The Ark. This Mono Studio-developed title depicts mankind's last days aboard a decaying space station called Object 6 that was built to be a metropolis that would transport the remainder of our kind to a new planet. Like most games set in deep space, it begins with your character awakening from cryo-sleep, and you guessed it, something has gone terribly wrong within the station. The dieselpunk look evokes comparisons to Irrational Games' BioShock series, but the gameplay is decidedly more of an RPG with numerous people to interact with and get to know. The RPG elements incorporate real-time combat with firearms and close-range tools, but players will also find danger comes in the form of starving and fatigue.

Depending on what you do and how you interact with people, the story will change and will eventually reach points of no return, perhaps leading to one of twelve different endings. I haven't had the chance to dive into this world myself, but I love the look and vibe that is conveyed in the trailers.

Comic book readers have two big universe-spanning stories to start this week. Spider-Man's absurd gathering of Spider-Men in Spider-Geddon began yesterday with an issue zero dedicated almost entirely to introducing Insomniac Games' Spider-Man into Marvel's comic universe. The story does a nice job of channeling the gameverse, including J. Jonah Jameson's awesome Just the Facts Podcast, which Peter Parker is clearly still obsessed with. We also are introduced to the game version of Tarantula, who looks every bit as awesome and ridiculous as he should.

Over in DC's universe, the first issue of Heroes in Crisis lives up to the hype, and ends up being as disturbing as it is fascinating. The events that unfold are unexpected, and I love how the story shifts to breakout interviews with the heroes and villains. I know that sounds weird, but you just have to trust me when I say it works well and amplifies the events of the issue.