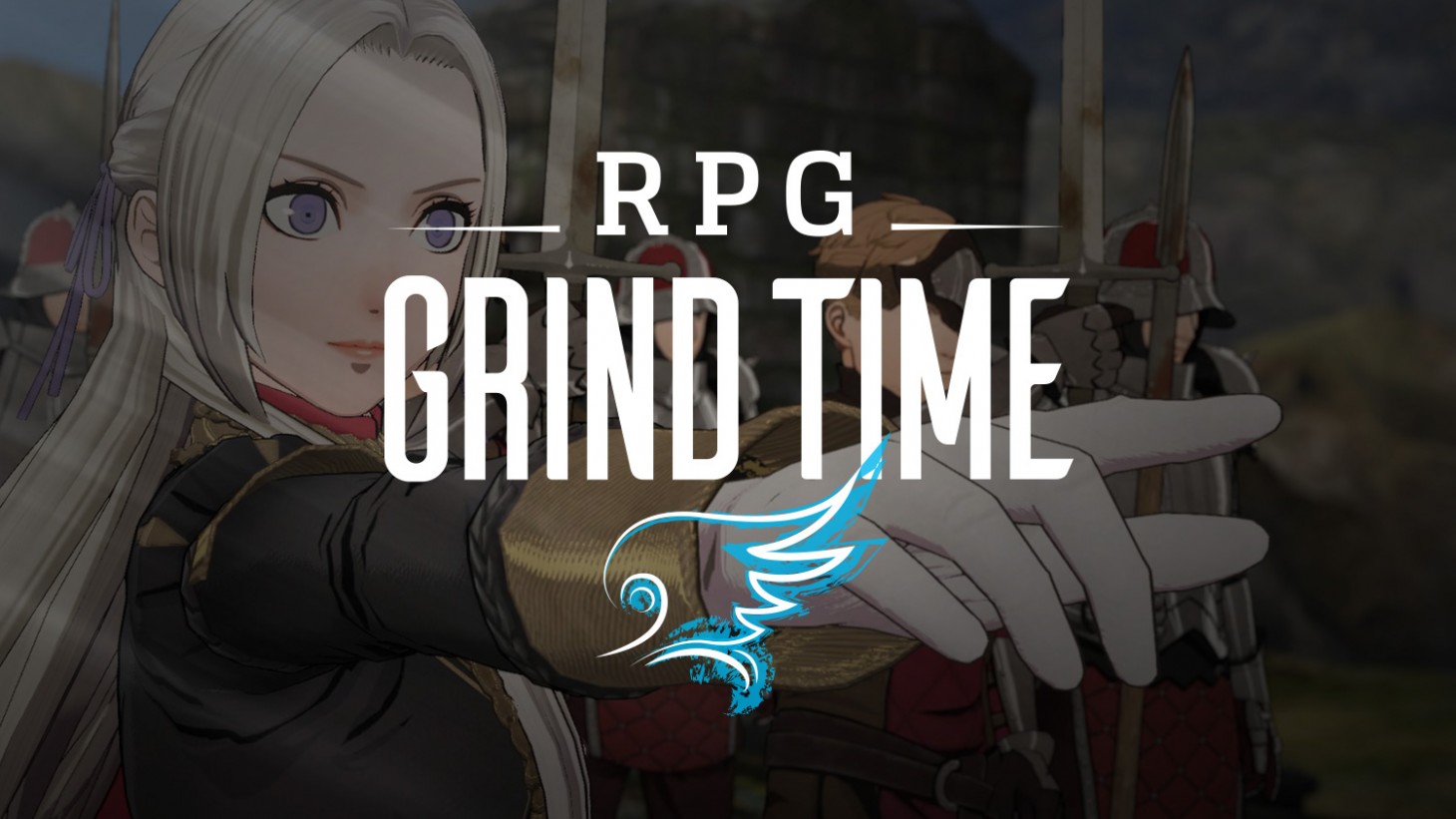 Our Hopes and Fears For Fire Emblem: Three Houses

The latest Nintendo Direct gave us our first big look at Fire Emblem: Three Houses for Switch. To say I’ve been anticipating this game is an understatement. I love that the series is getting back on a home console, which we haven’t seen since 2007’s Radiant Dawn for Wii. The Direct brought more questions than answers on what type of game Fire Emblem: Three Houses will be, but nonetheless, made me just as excited for it.

Fire Emblem is an amazing series; I grew up playing the strategy/RPG, and Awakening no doubt brought new life into it. While Fates didn’t quite reach the same high bar, it still had some interesting ideas like MyCastle. Three Houses is an opportunity for Intelligent Systems to raise the bar and take the series into new territory. I felt now would be a good time to assess what has been shown off and also talk about our hopes for the game, so I enlisted fellow Fire Emblem fan Javy Gwaltney to discuss more about the latest entry and our early impressions.

Kim: Okay, Javy, we finally saw some gameplay and got more information on Fire Emblem: Three Houses. We’ve had a few days to process it now. What did you think in general?

Javy: I think what they’re doing is the right move here. I loved Fates, but there’s no doubt that it answered all the special things that Awakening had with more of the same rather than a new take. Three Houses, on the other hand, looks very inspired. I love the idea that you’re essentially playing a professor at Fire Emblem’s version of Hogwarts, and that your role as a teacher isn’t just in name only. You actually teach students and they become more proficient in battle (and hopefully develop memorable friendships) based on your choices. In that way, you’ve still got that balance of character-focused storytelling and snappy strategy battles. It’s very promising, and the visual enhancements afforded by the jump from 3DS to Switch are a pretty big boost. What about your take, Kim?

Kim: I love the idea of taking the role of a teacher, training and sharing your wisdom with students. I’m a sucker for school settings in RPGs, such as Persona and Trails of Cold Steel. It just adds a nice structure for progression, and the social possibilities also have me intrigued. I know the biggest thing on people’s mind when the Direct released was: What is Intelligent Systems going to do as far as romance? Will there be any? I’ve been thinking a lot about how that would work since you’re a teacher, and yeah, dating students would be weird and creepy. I’d rather the teacher help foster relationships between the students, pairing up ones that would complement each other’s personalities and their skills on the battlefield (bring back the pairing system, please!). I don’t even think it needs to be romantic (and if it is, for the love of god, just have it be between students then). This is a unique opportunity for Intelligent Systems to do something interesting and rewarding with your role as a teacher. The romance mechanic didn’t really become a staple of the series until it blew up with Awakening, so they could take it out entirely. Orrrr ... they could provide options for your character with your colleagues. Anyway, I think the social elements have been successful for the series, so I don’t think abandon it entirely, but it is probably one of the biggest unknowns and questions people have about the game. I’m curious, how do you feel the school stuff will affect the narrative and gameplay?

Javy: I hear you on the romance stuff. I kind of hope they abandon it entirely? Fire Emblem is great, was great beyond long before the visual novel romance focus that Awakening introduced, so to see them make that gamble and really focus on platonic relationships centered around caretaking a new generation would be equally as interesting to me. And to answer your question, I think the school setup is loaded with potential. As you mentioned, the castle in Fates was an interesting addition, but I never really took the time to explore it, y’know? I’d visit my characters, do the legwork to get them stat boosts, but it wasn’t a place I wanted to hang around, especially at the expense of not barreling through the story. However, a magical school of nobles that you can explore between battles is a great idea, and think of all the drama the student body could get up to that you’d have to mediate. Teaching rivals to respect one another instead of going at each other’s throats the entire time? Cracking down on bullying? There’s a lot they could do here, and I’m hoping they lean more into the Persona side of things with characters who have engrossing multi-act storylines and arcs. Both Awakening and Fates had a lot of characters, but few of them actually had stories to pursue beyond helping them overcome a mild phobia or character flaw. I want to really get to know this cast, especially if permadeath is making a return. Though Nintendo hasn’t said permadeath is coming back for sure, the Direct had a line about students dying due to choices you make on the battlefield, so it’s probably gonna be here. The idea of your students dying is heart-wrenching but could prove to be effective emotional moments. Are you worried about the overarching story at all?

Kim: Okay, I was just about to say, if this game has permadeath it brings it to a whole new level. When it’s your students, who you’ve tried to prepare and lead ... just I’m going to be a wreck. The narrative could go either way, I’ve always found the gameplay the bigger lure, but having three different leaders, all with different backgrounds seems brimming with potential. Things will get political and personal. I just hope the whole part of you, as the teacher, seeing visions of a “mysterious girl” doesn’t turn too generic. This has been done repeatedly in RPGs and games, but if they can do something interesting with it, I’m okay. I really think if the narrative centers on bringing together three different kingdoms and leaders for the greater good, it could be very satisfying, especially if as a teacher, you’re the one making that happen.

I agree with you though, that characters haven’t stuck out as much as they could, and I think the focus on the three leaders is a good opportunity to tackle bigger issues and add more personality. One thing I’m really interested in is how much do the storylines diverge depending on what house you choose to align with. I’d love to see it impact the story in different ways, giving you the incentive to replay from the other perspectives. I mean, the fact that you, as their teacher, will eventually side with one, that’s gotta be such a dramatic choice and have consequences on the overall plot. What do you think?

Javy: It’s a really smart design decision. I mean, not to harp too much on the Harry Potter thing, but they’re literally handing the player The Sorting Hat from that world, letting them make the choice, and then be responsible for that house. I imagine that all the houses will eventually be warring with one another over some noble’s screw up or conspiracy and that’s all very tropey (as you mentioned above), but Fire Emblem’s never been innovative for its plot. Instead, I think it’s the special things that happen when your actions on the battlefield intersect with the characters you’ve come to know during the more quiet moments. To lose someone you’ve spent hours getting to know in Awakening, someone who’s married another party member and had kids, is devastating because it really does feel like it’s your fault. The flip side of that is that their successes are also because of you, so I’m hoping we really get to see that unfold in Three Houses. Will the lessons you teach divide students? Turn friends into enemies because you play favorites? There’s so much they could do here, and I really hope they turn up the drama with these choices – even to the point of being overdramatic – if it leads to exciting consequences. Give me the dramatics over realistic any day with these sorts of games. I feel like I’m really optimistic about Three Houses. Do you have any concerns for the game?

Kim: My concerns are very minimal, as you said Fates didn’t do enough new. I’m hoping Three Houses uses the new setup to its advantage and can bring some interesting new things to the narrative and combat. I love the core strategy-based gameplay, but I’d love to have a few extra things to make it feel new and exciting, making every battle feel different. I really want bigger battles and the stakes raised. Go all out, because this is the first time we’ve had an opportunity for a home console-sized Fire Emblem in over a decade. I’m also hoping we have even more control over building our party members and that there’s some extra cool classes and skills thrown in to keep things interesting. Right now, it’s weird, the only concern I really have is there’s all this potential, but that Intelligent Systems doesn’t take advantage of it as well as it could. Of course, I feel like all my experience playing these games, I should be confident because I’ve never been severely let down. How about you?

Javy: I think the biggest minefield is the romance stuff. I’m really hoping they don’t do it. I’m also curious to see what changes are coming to combat with the battalions. I’m mostly of the “It ain’t broke so don’t fix it” school of thought when it comes to Fire Emblem’s strategy gameplay, but if the new mechanics added are actually enticing and well thought out, I’m on board with them. But yeah, overall, I’m super excited for Three Houses. I think that concept is amazing and hopefully, Intelligent Systems realizes its potential.

Kim: Agreed. It’s a new freaking Fire Emblem game, and it’s coming out at the end of July ... and on Switch. It’s a great time to be alive. ;)

Why are you excited for Fire Emblem? Let us know in the comments below.