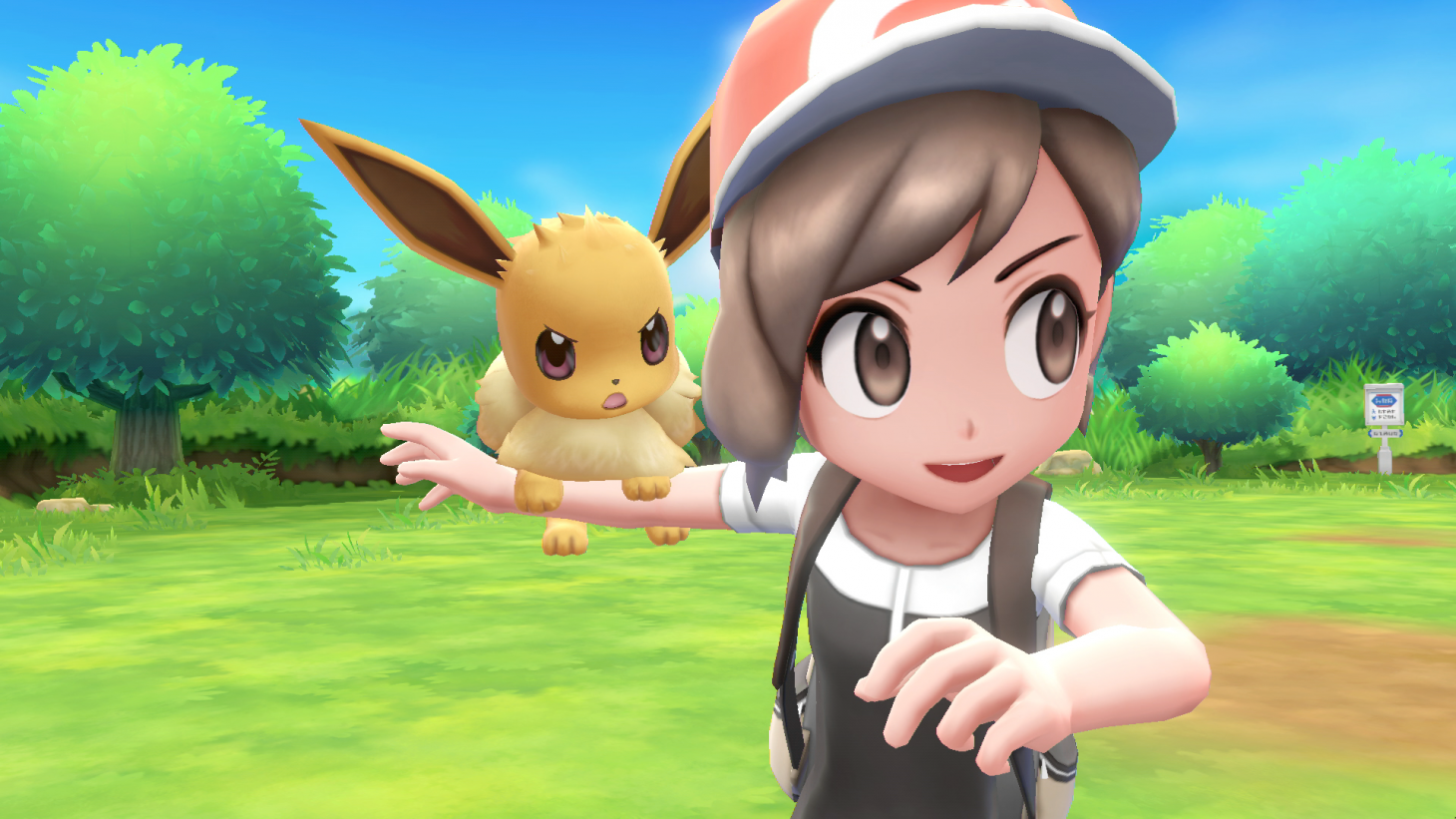 Update 6/5/18: News about the the Let's Go games' online connectivity was a bit muddled; originally it had been announced the game would not utilize Nintendo Switch's online service, leading some to believe the game would be offline-only. At a Q&A session after the conference, however, designer Junichi Masuda said the game would feature both local and Wi-fi play.

We've now received clarification from The Pokémon Company regarding the Let's Go games' online situation. In a statement to Game Informer, the company said both games will have online capabilities, but they'll be limited compared to previous Pokémon games. Players will only be able to battle and trade Pokémon with their friends. "There is no GTS, Wonder Trade, or Battle Spot (Rating Battle, Free Battle, and Online Competition, etc.)," the company said. Players will also need to sign up for a Nintendo Switch Online subscription to access them.

The Pokémon Company also said it would provide additional details at a later date.

Update 5/30/18: After a pair of question-and-answer sessions with the developers of the Let's Go games, we've learned a number of additional details.

Pokémon storage will also work a bit differently. Though players still only have six party slots to work with, they will be able to shuffle their party around more easily by accessing a PC box stored in their bag.

To catch Pokémon while in handheld mode, players will have to use the Switch's gyro sensor to move the Switch around and press a button to throw Pokéballs. There are no touch screen controls and the gyro aiming looks to be required.

Despite the new interface and lack of battling required for catching Pokémon, you will still earn experience from these encounters. How exactly experience works and is distributed in the Let's Go games is still undetermined.

Though the Let's Go games interface with Go, candy earned in Go will have no effect. Whether you can transfer Pokémon from the Let's Go games to Go then turn them into candy is unknown. Designer Junichi Masuda confirmed event Pokémon cannot be transferred, however. Players will also have to work their way through the game to transfer creatures from Go; this ability unlocks about midway through the game. There are also minigames players can activate when transferring several Pokémon at once.

The "special" Pokémon Pokémon Go players can meet by connecting the two games will be new to the series and has never been seen before. As for other features players can get out of connecting Go and Let's Go, the company plans to reveal more down the line. The Pokémon Company also has plans for the Poké Ball Plus beyond the Let's Go games.

Finally, The Let's Go games will not include the ability to use HMs.

Original Story: The Pokémon Company has announced (and confirmed) what it is calling the next mainline Pokémon RPG games and a dedicated, Pokémon-themed accessory are coming to Switch in November.

Firstly, it's worth noting these games are not the Pokémon Switch RPG that was announced with few details at E3 2017. That game is coming in 2019 and these two games are separate.

Pokémon: Let’s Go Pikachu! and Pokémon: Let's Go Eevee! are inspired by Pokémon Yellow, take place in Kanto, and serve as a console counterpart to Pokémon Go. They are designed and geared towards younger players "taking their first steps into the Pokémon video game world."

Although the exploration segments in the Let's Go games look similar to Sun and Moon's (albeit with higher-res but slightly more cutesy graphics), in these games players will be able to catch Pokémon using the Switch's motion controls, the interface for which looks nearly identical to Go's (the Pokémon also look nearly identical to their Go incarnations, albeit with smoother edges and higher textures).

The Pokémon Company also wants the Let's Go games to serve both newfound fans brought in by Go as well as the mainline RPG games. Your central partner (whether it's Eevee or Pikachu) will be a bigger part of your team: You can pet it, deepen your bond with them and customize them with different outfits. You can also have one other Pokémon in your party follow your around - and you'll ride around on the larger ones, such as Onyx or Charizard.

The Let's Go Games, being on a console, also have co-op. In co-op mode, each player can hold a Joy-Con and manage a single Pokémon in battle. Two players can also explore the field at the same time, and make it easier to catch Pokémon in the catching interface.

Alongside the games, The Pokémon Company also announced the Poké Ball Plus accessory. It can be used in place of a Joy-Con and will light up in a variety of colors, and rumble, which will let players feel the Pokémon inside of them (presumably with the Switch HD rumble). It will also let you take your Pokémon out into the real world (presumably like the Pokéwalker included with HeartGold and SoulSilver) and, finally, it can function as a Pokémon Go Plus for Pokémon Go. As you walk around outside, The Pokémon Company's Shinya Takahashi said "some fun things might happen," which the company will talk about at a later date. It will retail for about $50.

The Let's Go games are also inspired by Pokémon Go, and will connect to it as well. Kanto-region Pokémon captured in Go can be transferred to Let’s Go Pikachu and Eevee by connecting your Switch and Go accounts. They're also visible inside the tall grass, removing a degree of randomness to Pokémon battles. You can play the entire game with just a single Joy-Con, catching Pokémon by swinging it in various directions.

The Pokémon Company also offered the following promise: "Something special will also be coming to the world of Pokémon Go, making the connection between both games even more appealing for Trainers. Details for this will be revealed in the near future." The trailer for the game also said Go players would meet "a special" Pokémon in Go by playing the Let's Go games.

Pokémon: Let's Go Pikachu, Let's Go Eevee, and the Poké Ball Plus will all be available on November 16.

Our Take
I'm a little surprised it has taken so long for a Pokémon game to communicate with Go. I know everyone (myself included) is excited for details about the next true Pokémon game and what it will look like on Switch, but this is an interesting spin-off, especially for young players. Also, if I can ride an Arcanine, this is already a top-five Pokémon game.