Following in the footsteps of its other classic RPGs, Square Enix is bringing Valkyrie Profile to iOS and Android with new features to improve the playing experience.

Originally released in 1999 for the original PlayStation, the turn-based RPG has a story based in Norse mythology and a variety of endings based on players' choices. The mobile version is subtitled Lenneth, like the 2006 PSP re-release, and this port boasts autosaving, auto-battling, and new touchscreen user-interface.You can watch us play the game on Replay here.

Our Take
Hopefully Lenneth will avoid the ghastly changes that have plagued recent re-releases like Chrono Trigger. If so, mobile is probably the best platform to play this sprawling RPG. 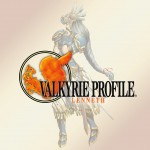