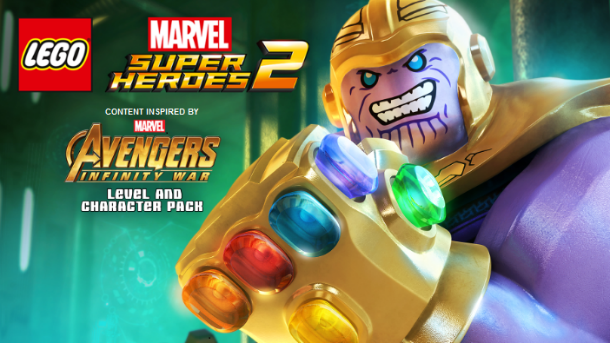 Marvel Super Heroes 2 is a game that's big on referencing all your favorites from the Marvel universe, and it's about to get a little more jampacked. To coincide with the release of Avengers: Infinity War, Marvel and Warner Bros. have announced that a new DLC is on the way that includes characters and a level inspired by the film.

The DLC will let you play as the big purple dude himself, according to Warner Bros:

This action-packed level offers players the chance to control Thanos, one of the most dangerous Super Villains in the Marvel Universe, and his ruthless army.

No word on when the DLC actually comes out but considering the movie's out on April 27, it's probably fair to assume the DLC will hit around then.

For more on Marvel Super Heroes 2, check out our review here.