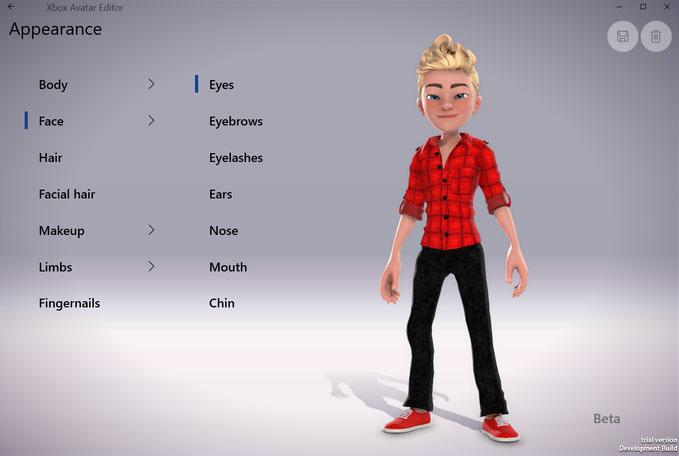 Last E3, Microsoft provided the first look at the new Xbox Live Avatars for Xbox One and Windows 10. They were supposed to have been released last fall, but the characters were a no-show. A leaked video has surfaced showing off a fresh look at the updated avatar system, with a focus on customization options.

A short video appeared on a designer's website and YouTube, which showed off some of the functionality. They've since been pulled, but members of the ResetEra forums snagged them before they vanished.

The clip shows face customization, including eye color (selected via a rotating color wheel); hair; clothing, including tops, bottoms, and outfits; as well as moods, which change the character's default animation set. It ends with a quick look at the photobooth, which is where users can pose and rotate their avatars, presumably to snap images for gamerpics.

There's no official release window for the new avatars, but The Verge is reporting that they'll be arriving in May, along with a dashboard update and avatar storefront, for people who want to purchase add-ons for their virtual selves.

[Source: ResetEra via The Verge]

Our Take
I kind of liked the avatars on the 360, and I liked getting little props as rewards for getting certain achievements. I know a lot of people hated them, but I noticed a curious detail about that: Some of the people I knew who griped the loudest had clearly spent an awful lot of time meticulously recreating themselves in avatar form. Hmmmm...